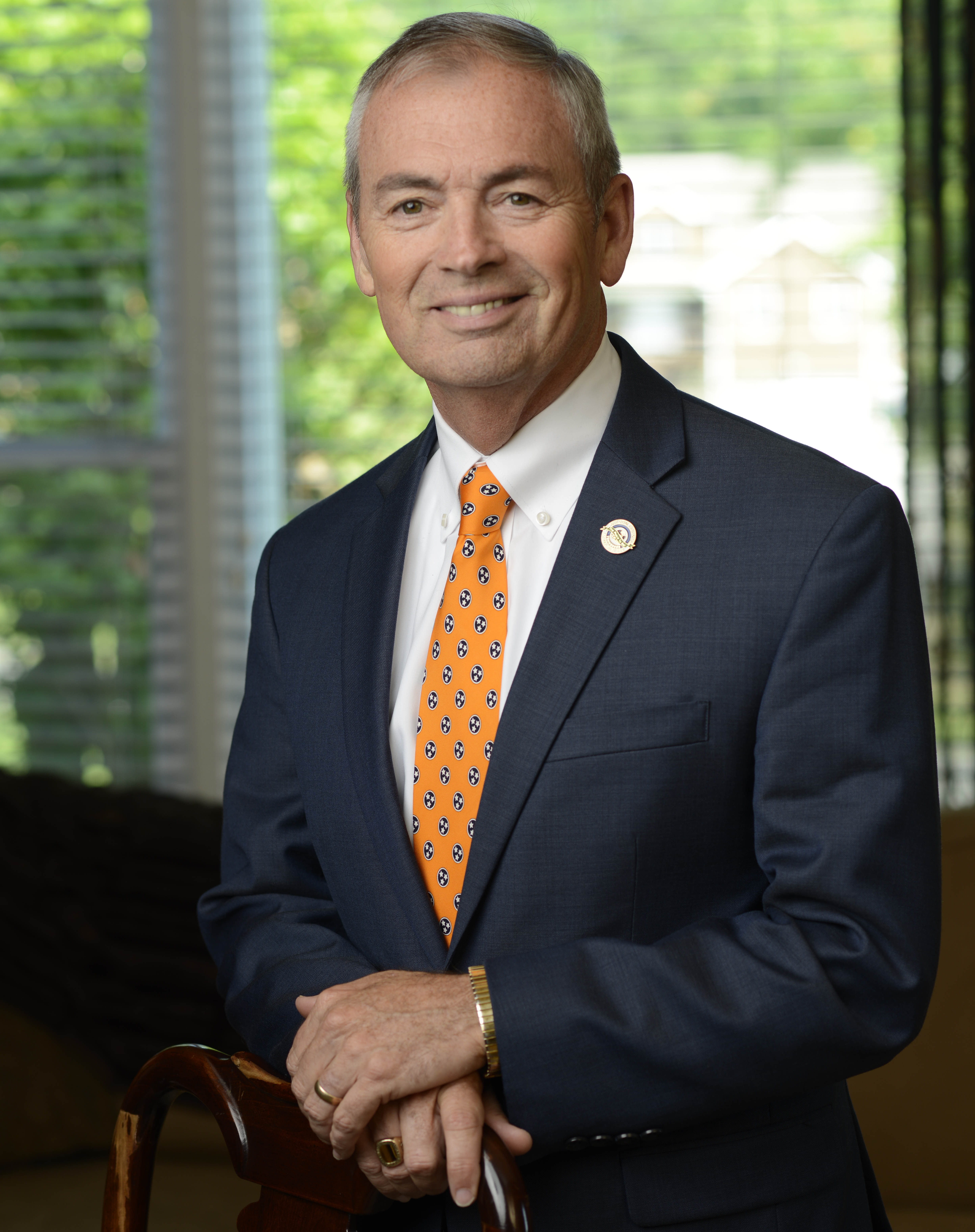 For the past eight years, Mayor Randall Hutto has been serving the citizens of Wilson County as County Mayor, but before being elected in 2010, he served as Assistant Superintendent of Schools for Lebanon Special School District and prior to that was a teacher and coach. Serving his community and improving the lives of those in it has been his paramount concern, long before becoming Mayor.
A lifelong resident of Wilson County, married to his wife of 31 years, Paula, and having together raised three children in Wilson County, Mayor Hutto knows the importance of having a safe and vibrant community in which to educate our youth and provide opportunities for them, which will motivate them to remain in this community.
Leveraging his more than 25 years of administrative and teaching experience and building consensus in the community, Mayor Hutto has been able to work with the Wilson County Board of Education and Wilson County Commission to complete a school building program, provide every school with a School Resource Office, increase the school board from five to seven members, and help the Board of Education fund their differentiated teacher pay plan which helps attract and retain quality teachers.
During his tenure, three new schools have been built. Land has been funded or purchased for two additional new schools and eight local schools have been remodeled and enlarged. For this reason, Wilson County is one of the few counties in the nation, where students are not taught in portables, which is a key component of keeping schools safe. That coupled with an SRO officer in every school is a top concern of Mayor Hutto’s.
Quality education and public safety services contribute to a better quality of life for Wilson County residents but, Mayor Hutto believes that we must be fiscally conservative with our approach as we strive to better our community.
Under Mayor Hutto’s leadership, the General Fund Budget was balanced for the first time in Wilson County history and the fund balance went from less than $1 million to $8 million plus. This is important because raising the fund balance helped the county achieve a bond rating of AA+, which is something only six other counties in the state have achieved. This, in turn, allowed the County a lower interest rate by which to borrow money and has saved the citizens of Wilson County $4.6 million dollars, because the County has been able to refinance bonds while the interest rates have been low.
Additionally, under Mayor Hutto’s two terms over 6,300 new jobs have been added within Wilson County which has generated over $1 billion dollars of economic investment in our community. And Mayor Hutto is not done, as he continues, daily, to be at the forefront of procuring and welcoming new businesses to Wilson County.
“No doubt, Wilson County is the place to be now more than ever,” notes Mayor Hutto. “My goal is to continue managing our growth while preserving what makes this County so great – it’s people and its way of life. Wilson County promotes every kind of lifestyle you can imagine from urban to suburban to rural. My goal as County Mayor is to make Wilson County the best county in the State of Tennessee.”
“And we are getting there, and with your help and your vote, I’ll continue to work for you and your family as YOUR County Mayor.”
The Wilson County Mayoral Election will be held on August 2, with early voting from July 13-18.

*Paid for by the Committee to Re-Elect Randall Hutto, Mayor*