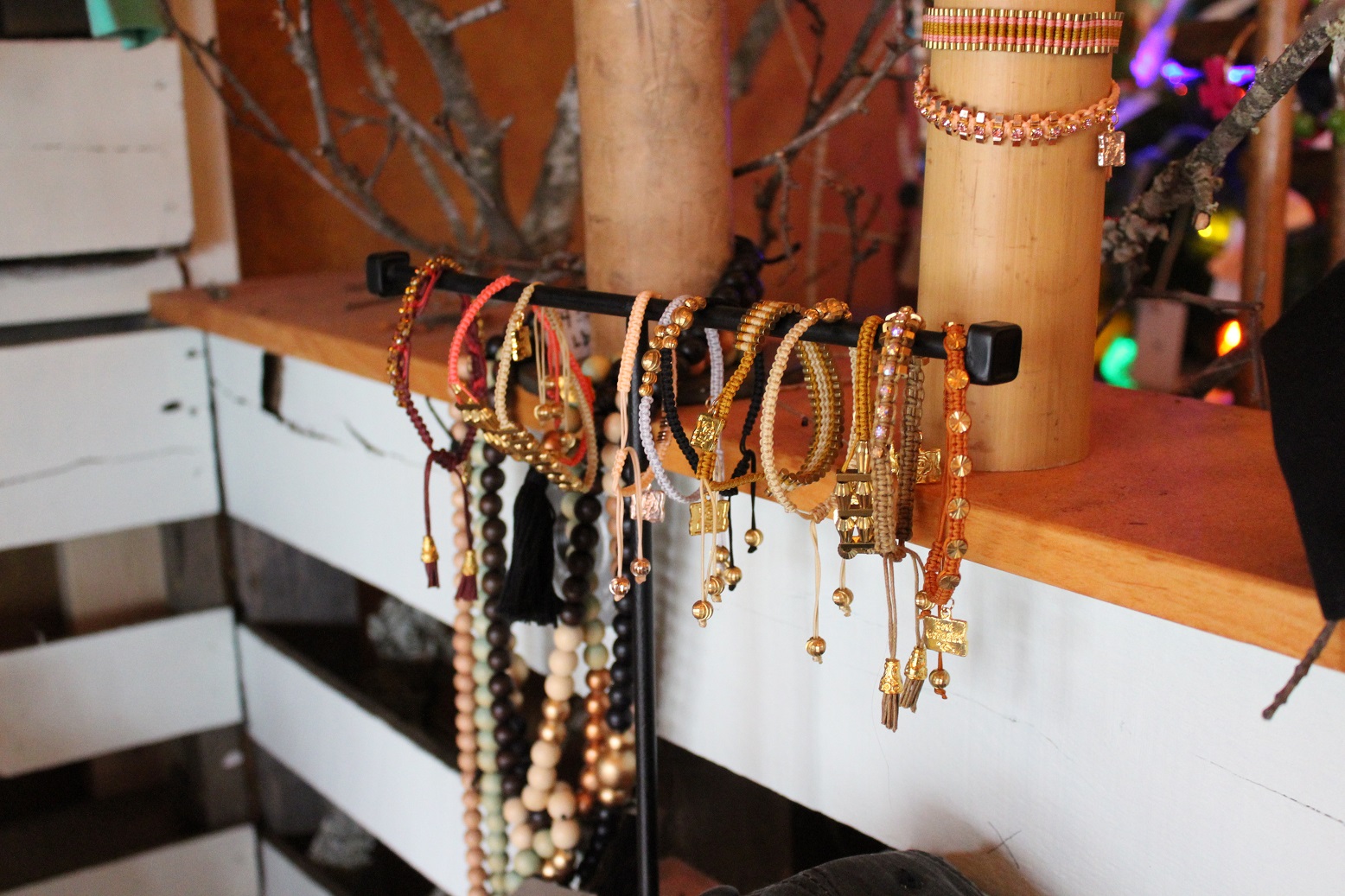 Story and photos by Tilly Dillehay

Lindsay Boze is one of those people that other people want to imitate. One of the first things you notice about her is her California good looks, coupled with an innate sense of style and an attitude of sweet and gracious hospitality.

She was also the first person in the middle Tennessee area to successfully get into the truck boutique business.

Food on wheels has long been a business concept that we can all recognize. Whether it was the ice-cream man in our neighborhood or a gourmet grilled cheese food truck on Music Row, we’ve been used to seeing people peddle those kinds of wares out of the side of a moving vehicle. But boutique clothing? Well, that’s something that we only saw for the first time in 2012 around these parts. Suddenly, in Smith County, Trousdale, Macon, Wilson, and Sumner, we occasionally encountered a pink traveling boutique called Van Loo’s. Parked in the parking lot of a hospital, a restaurant, or a grocery store, a young lady named Lindsay Boze was selling cute clothing and caring for her first baby.

Now, four years later, that truck has spilled over into a charming brick-and-mortar shop in Carthage called Wish 86. She’s selling the same cute clothing items, along with housewares, jewelry, and some furniture. Her business partner in the new storefront, Lindsey Underwood, is selling adult pieces with a slightly more preppy feel, as well as infant and children’s clothing, some home items, and a whole lot of adorable monogramming.

One wonders exactly how a small town girl from Hartsville progresses through the steps that lead to retail. Before the truck, Lindsay was a 4th grade school teacher who loved her job and had worked since the age of 16.

“I loved it,” she says. “I loved every day of work. But then I had [my son] Van Dallas and I didn’t want to go back to work every day. So I was just laying bed trying to think of what I could do that I loved, to not go back work every day. So it just hit me: ‘I could sell clothes’. 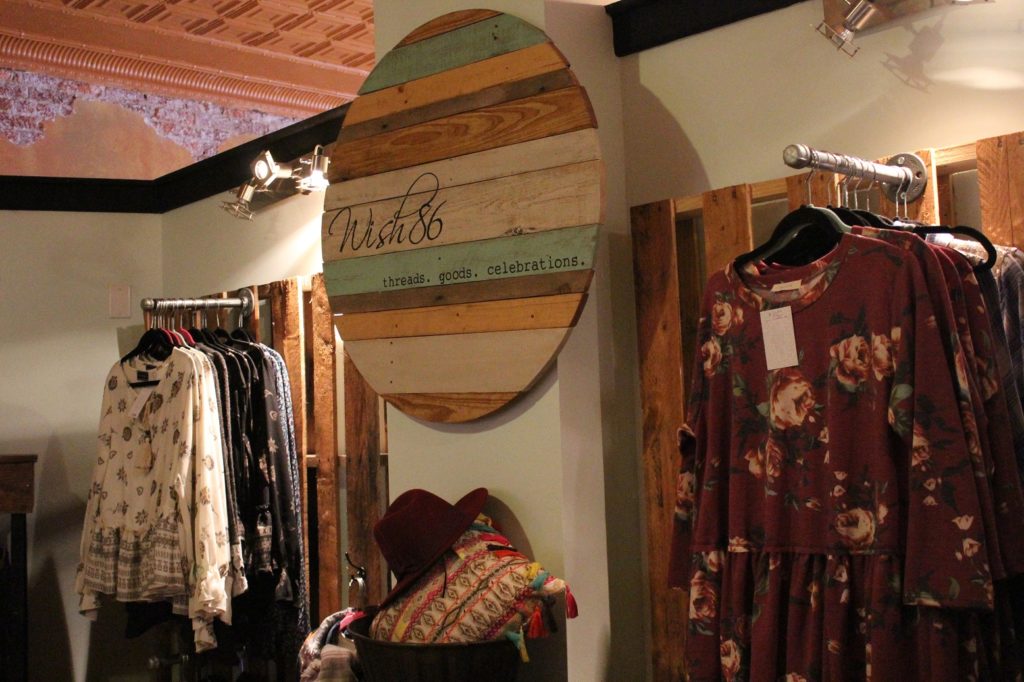 “Because that’s all I collect, my husband makes fun of me; I have no hobbies. But I love to go shopping, try things on, all that.”

She did a little research and found out that Apparel Mart—one of the boutique clothing retailers’ biggest events, in Atlanta—was about to take place two weeks later. So she packed up, along with her mother and infant, and headed to Atlanta. She bought just a few racks’ worth of clothing. It was the style she liked for herself—boho chic, vintage inspired stuff.

“So my vehicle was full of floor racks and all these clothes… we knew we needed to do something else, so my husband said, ‘Why don’t we just get a big truck and I’ll help you fix it up, and we’ll fix the inside like a big closet’. And I thought ‘I can do that’. So he actually surprised me with the truck, and went and got it in Alabama. It was an old FedEx truck.” 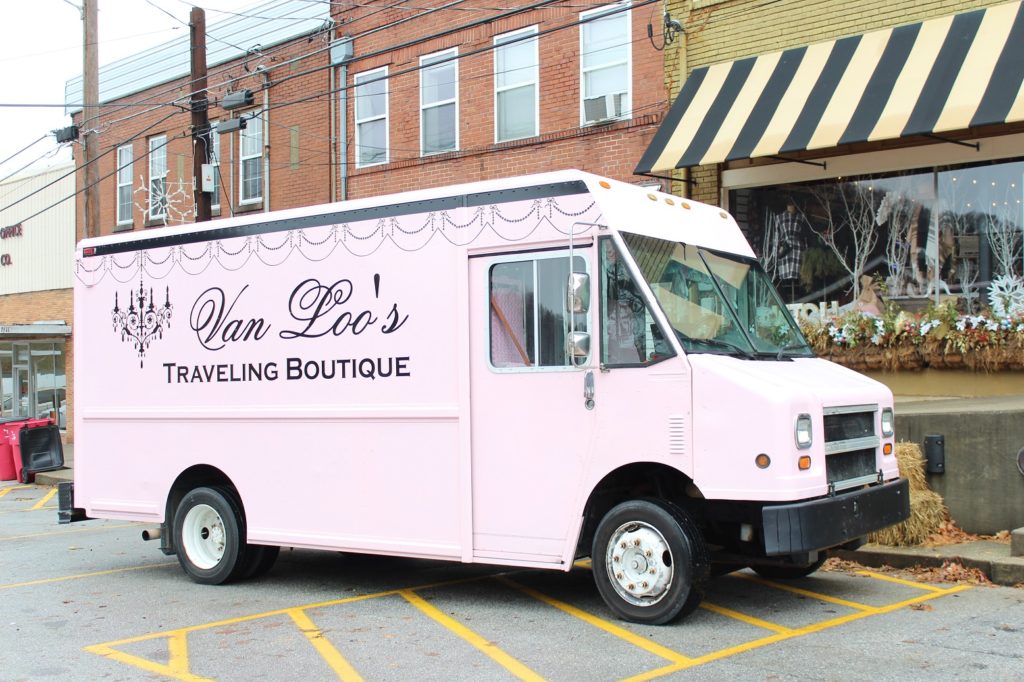 Her husband, who is in the family business of farming, had a background in auto body repair (his own shop just opened this year, also in Carthage: Hwy 25 Tire). That background, and the buddies he knew from the auto body business, helped him to fix the interior and exterior of the Fed-Ex truck. Soon it looked the way it still looks today—the whole outside a wash of baby pink, with black lettering announcing the name: “Van Loo’s Traveling Boutique.”

When her husband first brought the truck home, ready to use, she sat in the front seat and realized she had no idea how to drive a FedEx truck.

“I sat in it and was like ‘I can’t drive this thing’, so he said ‘Well, you have to! It’s ready!’ So I drove it just down the road as a practice run, and then my first show in it, in Gallatin, was that same day. So Daniel followed me to my first show, scared to death.” 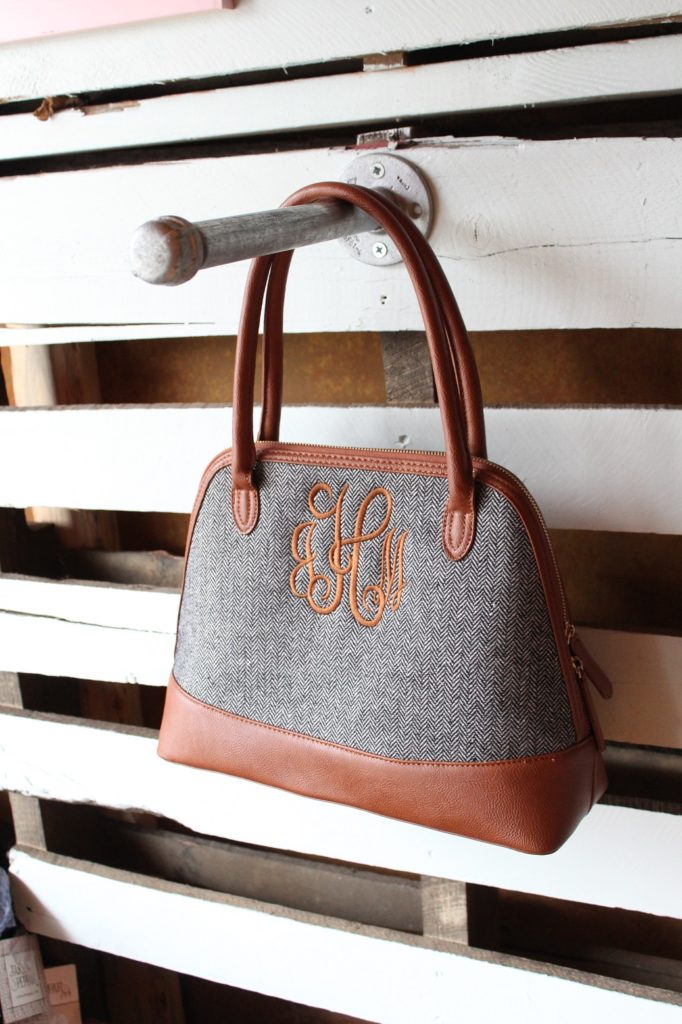 Lindsay had three good years before there were any similar trucks doing what she did. In that time, she built up a following in the all of the towns where she set up shop on regular days. She also started at just the right time to do very well at a burgeoning expo and barn sale scene throughout middle Tennessee.

She might never have made the transition to a storefront, if it weren’t for the fact that, early last year, her work started coming home with her.

“I was actually just looking for an office space to work out of– to go do orders, and social media, and all that. So then I found this building, and I fell in love with it.” 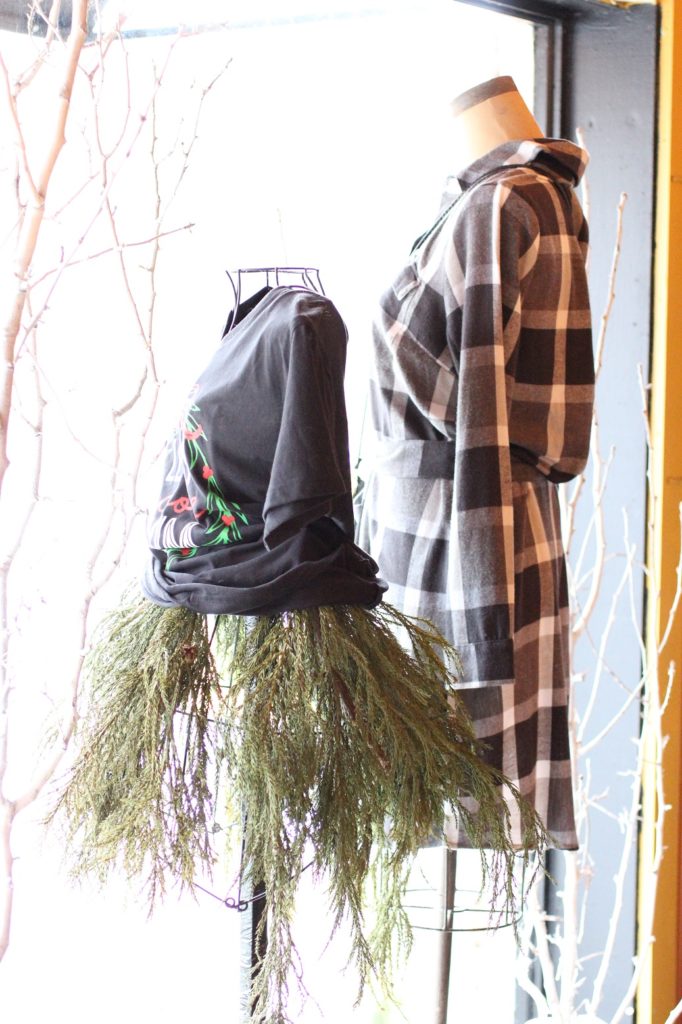 She encountered the building’s owner one day as he was headed into the building himself. Marvin Baker, a Nashville business man (Baker-Gillis Productions), had fallen in love with Carthage himself while scouting music video locations. He’d purchased the store on Carthage square, which had formerly been a well-known furniture store.

Boze begged him to let her come in and look around, although he had no intention of either selling or renting the space. He showed her the bottom floor, which was empty, and the top, which he’d turned into an apartment where friends of his in music would come to get away from the city. The lower level was still much as it had always been, with original tin ceilings and original wood floors. He’d built two partition walls in the main space, and chipped away some of the wall plaster to expose the original bricks. Besides that, the place was just waiting for something to come and fill it.

Eventually, he became convinced to let her rent the space, because he believed that she could create a successful store out of it. With his wife suffering from ALS, he knew he wouldn’t be doing anything else with it in the immediate future.

All Boze and Underwood had to do was purchase the inventory to fill the new space, add some décor and racks, and then open their doors. The atmosphere was already there.

Now, Boze still takes the truck out on occasion, for special shows. She still loves it. But she also loves running her store, and shares shifts with Lindsey Underwood and one other employee.

Wish 86 is open on Carthage square Tuesday-Friday, 10-6, and Saturday 10-3. Check them out on Facebook or Instagram to see what’s new.