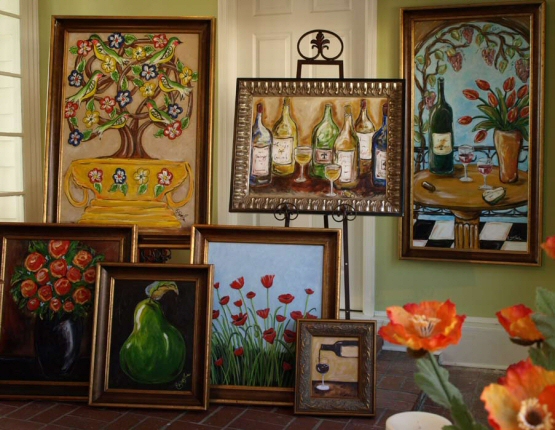 Wilson County Is Muse For Artist

Wilson County Is Muse For Artist

Harris’ ability to capture color and style has transformed a childhood passion into a booming business. Originally from Lebanon, Harris started taking an interest in art when he was a small child. When coloring books couldn’t satisfy his artistic cravings any longer his parents fostered this passion by enrolling Scott in art classes.

It was during these art classes at Cumberland University that the 9 year old Harris was introduced to the more intricate styles of art like still life and charcoal. “I was just mesmerized by all the details of creating great art and from that point forward it was just anything artistic I could put my hands on, I just did.”

After learning his way around canvas, Scott developed his own personal style and when it came time to attend college he had his major picked. “My first year of college I attended University of Tennessee at Knoxville and was an art major” Scott became disillusioned by the cost of declaring Art as a major in college so mid way through changed his major to Marketing and transferred to Middle Tennessee State University. There he earned a degree in Marketing with a double minor in English and Fine Arts. Even though he wasn’t using his gift to create beautiful art on canvas, he was able to parlay that creativity into a very successful career in the world of marketing.

While Harris still picked up his brush, “to blow off steam,” it wasn’t until he commissioned a painting for the Low Country Boil Fundraiser in Lebanon that he began to realize there may be a market for his work right here in Wilson County. “I donated one of my paintings as an auction item. It sold very quickly and the people who bought the painting told me if I did one for next year’s fundraiser, they wanted it.”

It was Scott’s wife, Kirsten and close family friend, Wendi Warren who encouraged Scott to offer his work to the masses. “Kirsten thought it was a great idea and Wendi came in and said ‘I’ll get your name out there and you just start painting.’ That’s where it started and from there it has been incredible the response we’ve gotten.” In order to get Harris’ name “out there” Wendi took on duties as his agent extraordinaire and full time publicist. After the success of his first art exhibition at The Paper Mill in Lebanon, Wendy convinced both Scott and Kirsten that it would be a fantastic idea to showcase his art at private parties. When the Harris’ agreed, preparation began for his next showcase this spring.

Scott’s home studio offers up enough light and space to keep the art coming. He is finding it overwhelming keeping up with the demand. “Right now we are trying to schedule three to four art shows a year and while I would love to do more I want to keep the quality of my work in tact. So until I am just doing art full time, that’s enough for me.”

For years, Scott lent his creativity and expertise working as Marketing Director for a major publishing house in Nashville where he worked with numerous best selling authors. Now he lends his industrious work ethic and creativity to the ForeFront Group Inc., in Nashville, as their Director of Marketing. The Forefront Group is a leading supplier of golf accessories to the golf industry. The company brands have a 100 year history and reputation for offering premium accessories.

What’s next for this Wilson County artist? “I would like to create a series of paintings that focus on the history of Wilson County. For instance, the ebanon Square and historic homes. The possibilities are endless and that’s why we love it here. There is just so much to love about this county!