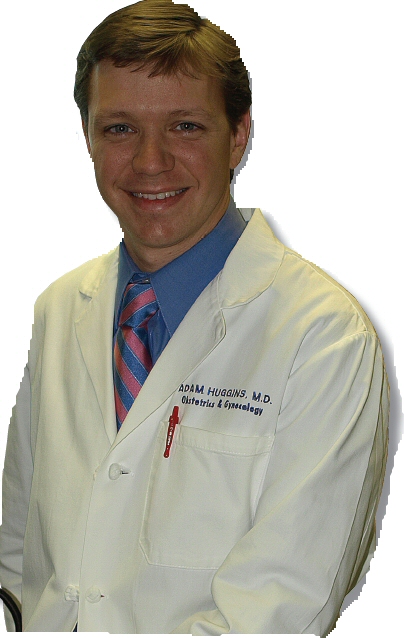 According to the American College of Obstetricians and Gynecologists, nearly three quarters of women with chronic pelvic pain suffer from endometriosis. About seven to ten percent of reproductive-aged women ranging from adolescence to menopause are affected as well.

“Endometriosis is when the endometrial cells, which are normally found on the inside of the uterus where women have th

eir periods every month, begin to grow in other places,” defines Dr. Adam Huggins, obstetrician/gynecologist at Summit Medical Center. Most often, the cells implant themselves on the pelvis and when women bleed in the pelvis, it causes the pain, discomfort and heavy periods that are often associated with endometriosis.

The key to good reproductive health is maintaining good rapport with your gynecologist. “When a doctor can develop a long-term relationship with a patient, he is able to assess how a disease is progressing, changing or improving,” says Huggins. In most cases, if a woman has symptoms that are consistent with endometriosis and desires treatment, the gynecologist will help make a plan.

The hallmark signs of endometriosis are heavy or very painfulperiods. The pelvic pain can occur during sexual intercourse, urination or bowel movements or right before or during your menstrual cycle. Make an effort to be in tune to your body and do not be embarrassed to report any discomfort to your gynecologist.

Before concluding that you have endometriosis, it is important to rule out other diseases that could cause heavy bleeding or painful menses. “A very common cause is growths on the uterus called fibroids. About half of women have fibroids and most do not know they had them until they start causing problems,” tells Huggins. Polyps and adenomyosis are other culprits. “Adenomyosis is like endometriosis but the endometrial cells are growing within the uterine wall instead of other parts of the pelvis. They are growing within that smooth muscle tissue so the uterus becomes enlarged instead of soft and firm and the areas of adenomyosis would grow and bleed cyclically like the inside of the uterus does in response to the normal hormone cycle,” defines Huggins.

These conditions are ruled out through a work-up that usually includes a pap smear and bimanual exam. “The exam might include an abdominal or transvaginal ultrasound that helps us look at the patient’s ovaries and uterus to assess if everything looks anatomically normal,” adds Huggins. This often makes it a diagnosis of exclusion.

There are several competing theories on what causes endometriosis. “One of the most common is retrograde menstruation. Instead of in normal menstruation where you have bleeding from inside your uterus from the endometrium which goes into the cervix and out the vagina, a little bit of bleeding may go backwards and out the fallopian tubes which open up into the pelvis. That happens in about half of women,” educates Huggins. In other words, the endometrial cells are traveling backwards and can land on the bladder, colon or pelvic side wall and begin to grow there.

Some advocate a separate view. “One of the other most common theories is that endometrial cells get sucked up into blood vessels or lymph panels and get transported into other places. Wherever they land, they start to grow,” says Huggins. This accounts for some patients having endometriosis in their lungs. Others believe it is genetic. “We have not identified a gene that is positive for endometriosis but think there is some genetic component involved,” says Huggins.

Endometriosis is unique in the sense that there is no universal case. “Not everybody has the same level of disease. For some it is more or less concerning. Some are more symptomatic and others are asymptomatic,” tells Huggins. American College of Obstetricians and Gynecologists state that almost one third of infertile women do not realize they have endometriosis until they find they are unable to conceive. Your pain may not even be an indicator of the progression. “They have done lots of studies and there is no correlation between the amount of the disease and the symptoms. You can have a very heavy disease burden and have relatively few symptoms,” shares Huggins.

You may try to use an NSAID, or non-steroidal anti-inflammatory drug, to relieve pain. However, it will not make the other symptoms of endometriosis disappear. If you talk to other women, you are likely to find that you are not the only one trying to cope with symptoms of endometriosis. The good news is that you can make an action plan to better your personal reproductive health.

Gynecologists favor starting with the least invasive treatment. “Typically the initial thing we try is a hormone therapy which consists of birth control in women of reproductive age. The goal is to suppress the woman’s level of hormone that she makes naturally or to stop the ovaries from making quite so much hormone because the endometriosis grows in response to them,” explains Huggins. When you can keep your hormone level at a low, steady level, it will usually prevent further growth of endometriosis and lessen the severity of symptoms.

It is important to be open about your personal medical history because birth control pills, though they are the first line agent for treatment, are not for everyone. “Women that have a history of blood clots or are over thirty-five are treated with progesterone-only medications that can help in the same way as birth control pills for suppressing endometriosis,” says Huggins. Shots are another option though they should be approached with caution. “It puts young women into a postmenopausal state. When you are artificially menopausal from the shot, you do not make hormones and endometriosis has nothing to support its growth,” explains Huggins. It is not advised to use the shot for more than six to twelve months and it comes with side effects.

The last resort is laparoscopic surgery. “We go through a small incision to remove the endometriosis by burning it, lasering it or ablating it,” says Huggins. This may not be a good idea for women who are concerned about having children. You should also rethink whether you want your ovaries removed because they are a source of estrogen in your body. “The estrogen you produce makes your bones strong and helps your heart,” says Huggins. Though many women feel relieved of pain after surgery, endometriosis can reoccur.

There is no reason that women should ignore heavy bleeding or painful periods especially when it can sometimes come with complications. “Endometriosis can sometimes lead to decreased fertility,” says Huggins. Do not be afraid to talk to your gynecologist about how you are feeling and inquire about your options. “When you develop a good relationship with your doctor, he will have a better understanding of your personal signs and symptoms and react whereas if you see somebody one time, it is harder to get a sense of exactly what is going on and how they may or may not have progressed,” explains Huggins. When you maintain a relationship with a gynecologist, he will be able to follow you through treatment. “It is a complex disease,”
expresses Huggins.

Jamie Lober, President of Talk Health with Jamie, is a nationally known speaker and writer with a passion for providing information on health topics A-Z. She can be reached at