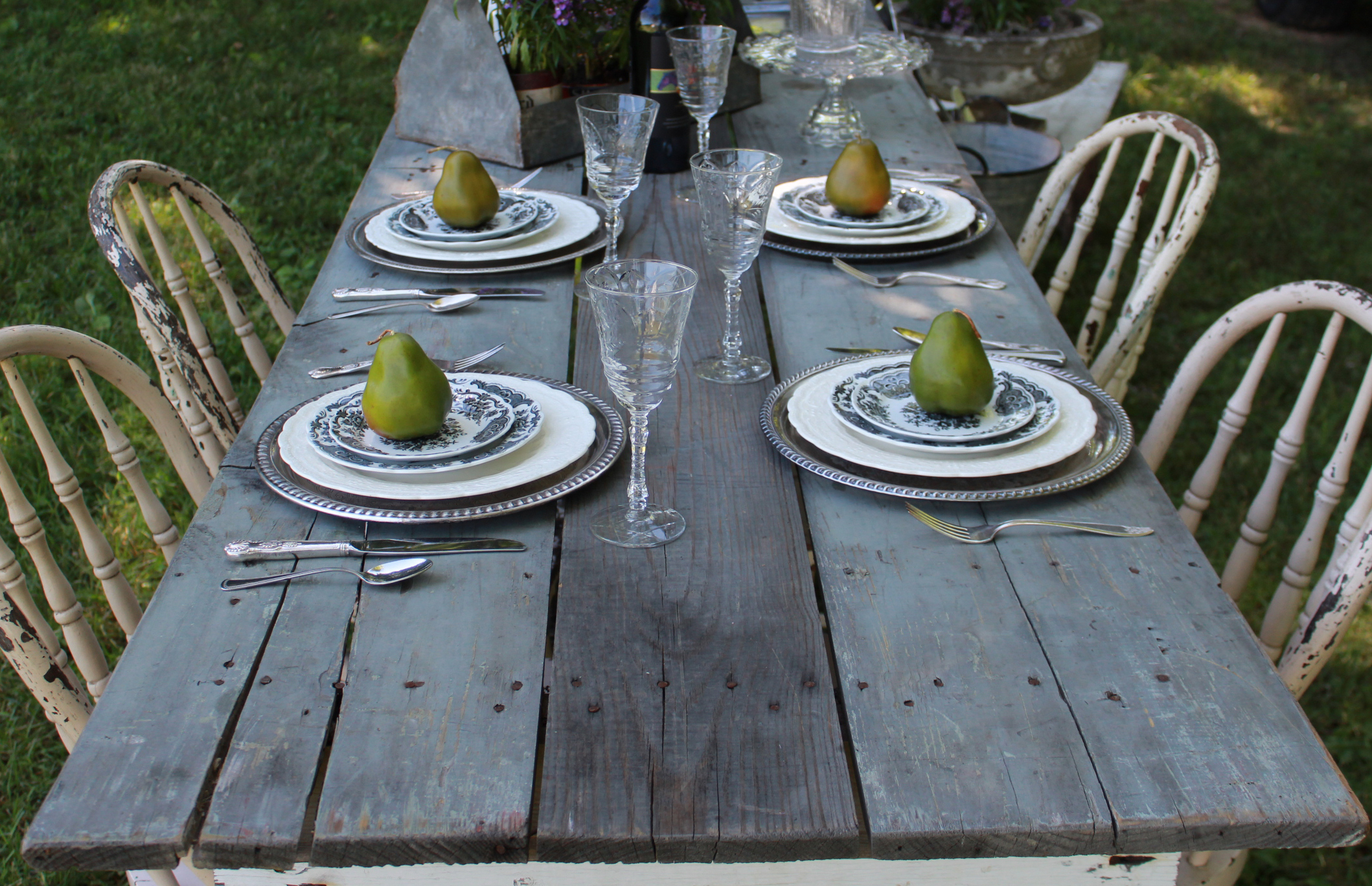 Two twins and their mother keep the antique love alive

Story and photos by Tilly Dillehay

These two ladies are sitting across from me at a table in Starbucks. They each have husbands and grown children of their own, yet here they are, chattering about their shared projects, finishing each other’s sentences. They’re twin sisters, two of the three members of an antique dealership on wheels: Tulip Grove Farm.

The third member of the group? Their mother. 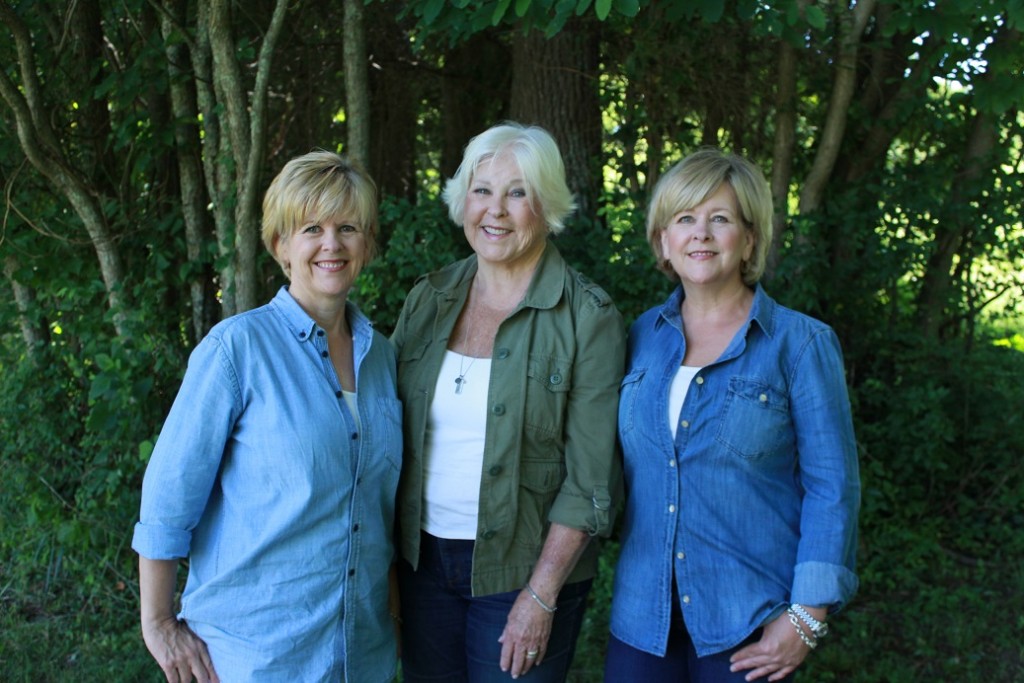 Claudine Williamson and her two daughters, Dianne Clark and Marianne Jordan, are partners and hobbyists together. They go hunting for the antiques, they pull the trailer that holds the antiques, and they carry the antiques to various barn sales and flea markets in Middle Tennessee. And they do it all together.

All three of their husbands also pitch in, with things like hitching and hauling the trailer, setting up for sales, and allowing their home turf to be encroached on by antiques waiting to be sold.

“Our husbands could probably have us committed for all this,” laughed Dianne, “but they’re really so supportive.”

In the Tulip Grove Farm booth at any given sale, you’ll find a sweet setup that represents the various tastes of each of the three ladies.

So you’ll be able to find everything from an assortment of handmade signs with rusty letters spelling out words like “FARMHOUSE,” “BAKERY,” or “PANTRY,” to bell jars arranged over one-of-a-kind china, to old iron hangers and tin cake stands. Nothing is exorbitantly priced, but all of it has a distinct and recognizable Tulip Grove Farm flavor. 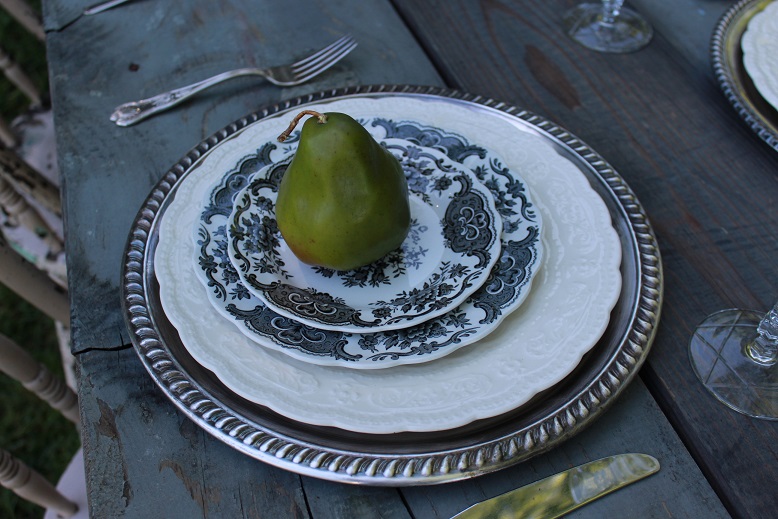 “It’s a creative outlet, for me,” said Marianne, who resides in Nashville. “Whether we’re going to an estate sale or a flea market… to see the potential in something, and buy it… it’s an outlet. We rarely will repurpose something—paint furniture, turn something into a lamp, like many people do. But we will take something that may be used in the yard, and we show how you can use it in kitchen. Or we show how you can put flowers in, or hang something on a bathroom wall. If you were to come to my house, a lot of what you see on my wall aren’t prints, but screens, or racks, or old window frames. I personally get a lot of satisfaction in finding something, cleaning it up, and seeing someone buy it and be really excited about what they found.”

In a roundabout way, the antique bug bit the two sisters through their mother… and then it bit their mother all over again.

“Our mother has been in and out of the antique business for decades,” said Dianne. “She started Tulip Grove Farm years ago, selling at different antique shows in Nashville. And we would help her. We did Christmas village, and a few others.

“The way we got to where we are today is we love to shop—it’s a passion to buy the antiques. And Marianne and I were shopping one day. And she said, ‘you know, I’d love to start selling’. And mom said ‘well, we have a trailer full of junk.’ So we took mom’s stuff down to the flea market.”

“I’ll never forget our first booth,” said Marianne. “I think that was the hardest $50 I ever made! But we said we’re going to keep going for a year. We’re going to keep going to the flea market every week and just see where it goes. So it started to get better. And two or three years ago we decided to put it together under the same umbrella. I think mom just got the bug to get back in the business.”

One of their earliest experiences with barn sales was in the early days of The Strawberry Patch sale in Hartsville, which they still participate in twice a year (the fall sale is in September). In October, they’ll be showing at the “Vintage Market Days,” which is new to Fiddlers Grove at the Wilson County Fairgrounds. 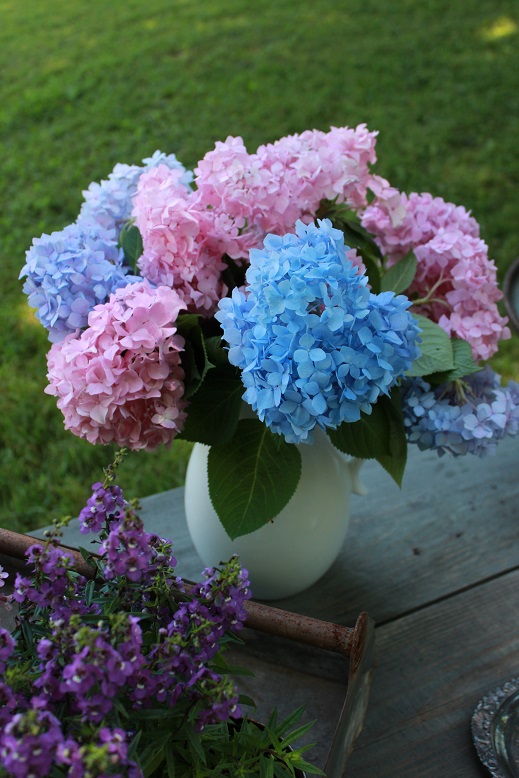 The women often find their wares in other states, traveling as far as Texas, Ohio, and Massachusetts to pick things up from flea markets and private sellers. It’s a lot of work—the hunting, the acquiring, the hauling, the setting up, the long weekends of selling.

But then, these ladies were raised for work. Their parents were small business owners of Howard’s Honda when the girls were growing up, and they were put to work in the family business.

“Dianne and I have worked since we were 12,” said Marianne. “We were answering phones then. So we like to work, we enjoy it, we get a lot of satisfaction out of it, out of making money, yes—but just being busy. It’s more about the satisfaction of doing good work.”

In addition to the sales, the three women recently partnered up for a new project. They renovated a house in Donelson to list on Airbnb.com, a site where travelers can rent homes, apartments, or rooms to stay in. The home was originally a rental property owned by Claudine and her husband. When the three ladies got inspired to find a new use for the property, they set to work doing everything themselves.

“This is the hardest thing we’ve ever done,” admitted Marianne. “In fact, we did find something that we couldn’t do…” She looked at Dianne with a smile.

“We were pulling carpet up and found beautiful wood floors,” laughed Dianne. “Mom and I were over there trying to get the glue up, and we’d done it for a week. And my dad comes in and says, ‘ya’ll have worked so hard. You’re doing a good job, but…’ And you know, we got our feelings hurt! But we got over it… anyway he brought in a professional to finish that.”

But the majority of the work was done by these two women and their amazing mother. They held a little contest between themselves, each picking a bedroom to decorate in their own way. The challenge was to make up the cutest bedroom for the least money.

“Then mom went to West Elm with my daughter [Lauren], so they took themselves out of the running right away,” laughed Marianne. “Then it was down to us two.”

Many of the furnishings for the house came right off of the Tulip Grove Farm trailer. Others were giveaways or fresh finds. The finished project is quite simply adorable. The house went up on the site in March of this year.

“Many people have this thing where they say, ‘oh, I don’t know if we could do that,’” said Marianne. “We’re just not afraid to try. We’re not afraid to fail.”

And in another almost bizarre twist, all three of these ladies are also involved in yet another hobby: they are dressers for Broadway shows that come to Nashville. This job involves being on a call list, then going in when a show comes to town and unloading the costumes, pressing and preparing them, and then helping actors get changed during the show. 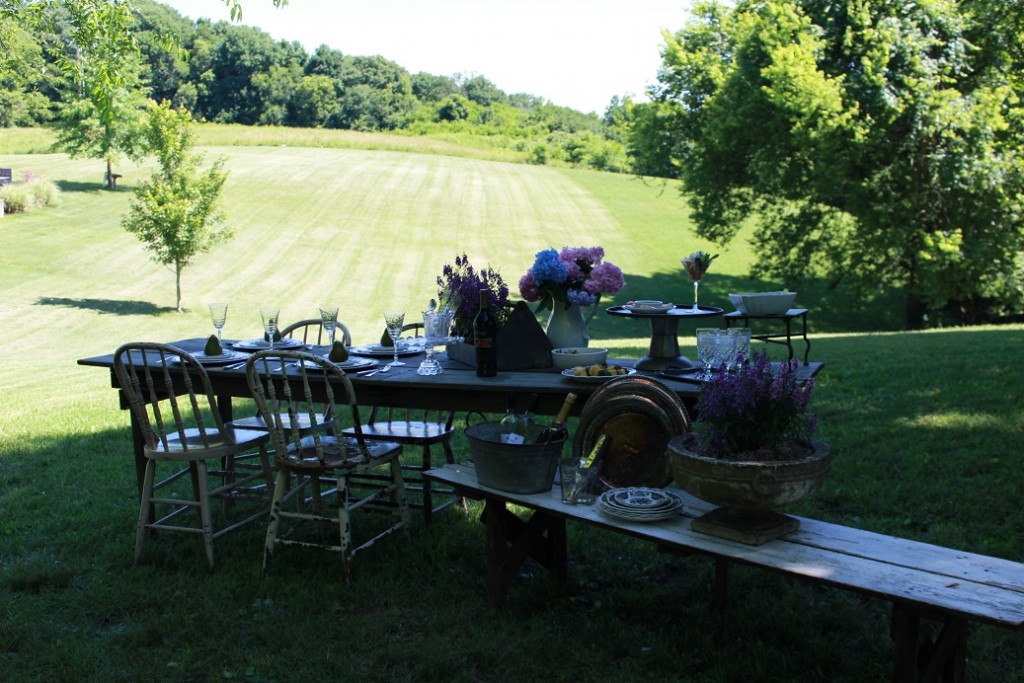 “We’re following the path of our mother, again with that,” said Marianne. “She’s done it for thirty years. Really it all started as something new to do. We like that. And it’s so interesting, I think, to be backstage… we just finished Bridges of Madison County. Now Beauty and the Beast is coming, and we’re not sure we’ll actually be on that one.”

Dianne agreed that it’s just a fun thing to be involved with. “It’s a cross between working in a laundromat and Downton Abbey,” she laughed.

Asked whether the two of them are very different in personality, they said yes and no.

“We’ve always been very individual,” said Dianne. “Marianne was a CPA for instance, and I don’t like to balance a checkbook. We’re different but still very close.”

Will they continue wearing all these hats indefinitely?

“[Our daughters] think we work too hard,” said Dianne. “They say, ‘Mom, you need to slow down a little bit.’ But we never do; we just keep going. But everything we do, we enjoy. We do it because we want to.”