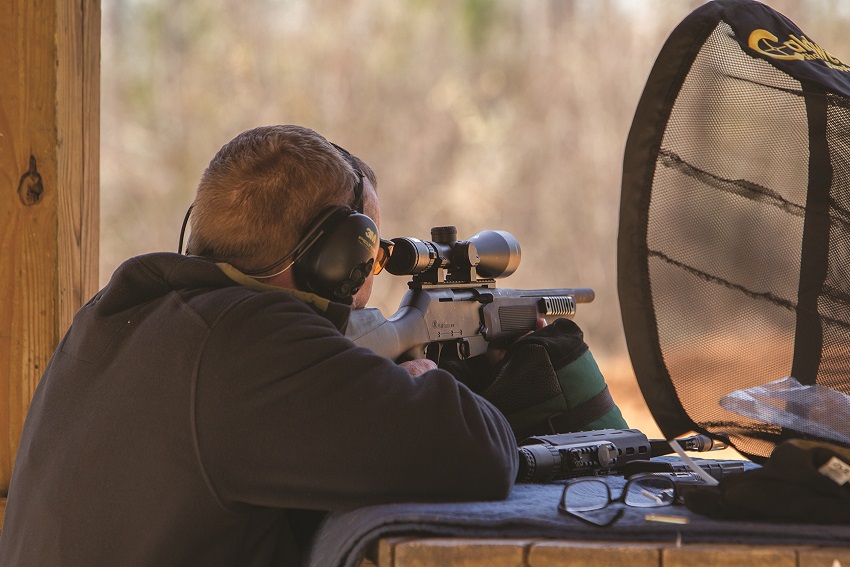 So the text from my friend Caroline went something like this...”Handgun classes and kickboxing! You go girl! What’s next? Eating #5 at Pad Thai??!!”

For those who’ve ever eaten even a #1 Pad Thai, you know there is a huge difference between a #1 and a #5 and while I’m trying new things, there is no need to go crazy just yet.

Especially since I still order a # zero and even that seems hot!

But you see, I’m turning 45 in three months and for some reason this is bothering me more than turning 40 did.

Don’t hate me for saying that because hey, I’m almost to that age where I can get away with saying about anything I want.

So, with 45 fast approaching, I’ve decided to start working on my bucket list.

Get a gun, shoot a gun. Check and check.

Last weekend, in an effort to work on my bucket list, Brody took me to the Gun Room in Lebanon. With a 9mm Glock in hand, I was sure this would be an easy one to mark off the list.

Who would have thought a gun would be so heavy? And so darn loud!

An avid watcher of Chips, Hill Street Blues and 21 Jump Street, I don’t recall an episode where Johnny Depp discussed how heavy or loud guns were. If he had, I might have been better prepared.

Second mistake, tapping Brody on the shoulder as he was shooting.

“Hey, your bullets are falling out!!” I thought I was doing him a favor pointing this out. Apparently you don’t tap someone on the shoulder while shooting, and bullets come out both the back and the front of the gun.

Sorry, I must have missed that episode of Cagney & Lacey.

Third, when shooting, closing your eyes and hitting the target in the aisle next to you, makes those around you nervous. Really nervous!

Either way, check and check and I’ve signed up to get my gun license and a gun of my own.

Although how planks and sit ups fit into kickboxing, I don’t quite understand. But I wore gloves, channeled Rocky and broke a sweat, so check, check and check!

The text Brody received after the class, from Bill (Caroline’s hubby) went something like this…“How did Angel do? You sneak in an accidental kick?”

Big thanks to the Gun Room of Lebanon for hosting the most recent fundraiser for Lieutenant Bob Harrison, who is battling cancer. Lt. Harrison is a 35 year law enforcement veteran having proudly served our community with the Wilson County Sheriffs Office, the Lebanon Police Department and the Tennessee Bureau of Investigations. To help with mounting medical bills, donations can be made in his name at Wilson Bank & Trust.