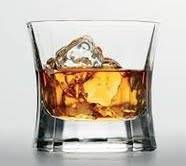 If you don’t like Rye you just haven’t meant the right one.

Rye is ingrained, pardon the pun, in the history of our country. It’s Patriotic to drink rye whisky. George Washington distilled rye at Mt. Vernon in small copper pot stills. At the time of his death in 1799 Mt. Vernon was producing 11,000 gallons annually. In fact, they have ressurrected the still. What a great way to further induce interest, tourism? Rye whiskey was made famous  in luscious dark bars in New Orleans in the heydey of classic drinks like the Sazerac. Rye graced many of the old Nashville haunts during the prohibition era such as Jimmy Kelly’s and Nero’s and Rotier’s. In fact from the beginning of prohibition in 1919 until 1967 when liquor by the drink became legal in Nashville there many dinner clubs, supposedly private, where cocktails were available. Rye was flowing at the bar then and is making a comeback now. From 2010- 2012 rye consumption has  doubled in the United States according to Impact Databank. Therefore just about every big name in bourbon has introduced a rye whisky. There are the folks who would argue it never went away although the demand may have dwindled. Throughout the years Colonel E. H. Taylor from Buffalo Trace has been a flagship in the distiller’s sough after lineup. They have a large operation producing at least 100,000 gallons of whiskey a year (Something George   Washington would have marveled at, no?) However they havej dedicated micro-stills   reserved for experimental limited release batches. Rye can be described as somewhat stronger than Bourbon. It bursts with fruit and spice  which is derived from the grain.  It can be quite livlier and spicier than bourbon.  Whereas the corn gives bourbon the toasty caramel sweeter flavor. True rye must be composed of 51%  rye. The rest of the mash is usually filled    out with corn and barley. And this is the way that many producers have made rye over the years. But interestingly more and more rye whiskys are boasting up to 91% in the mash. E. H. Taylor has no corn added and it still has notes of toffee as well as pine needle, mint and perfume.  Bulleit’s rye smacks of nut and licorice while Dickel’s rye is more like rye bread    with jam. This is quite a phenomena as both distilleries source their 95% rye recipes from the same Lawrenceburg Ind. Distillery. There must be something to the charcoal distilling process that truly set’s Tennessee Whisky apart. The new extra aged Knob Creek Rye comes packed with notes of caramel, honey, pepper and juniper.

And what rye would I be drinking in the glass pictured below? Why Jefferson’s, of course.