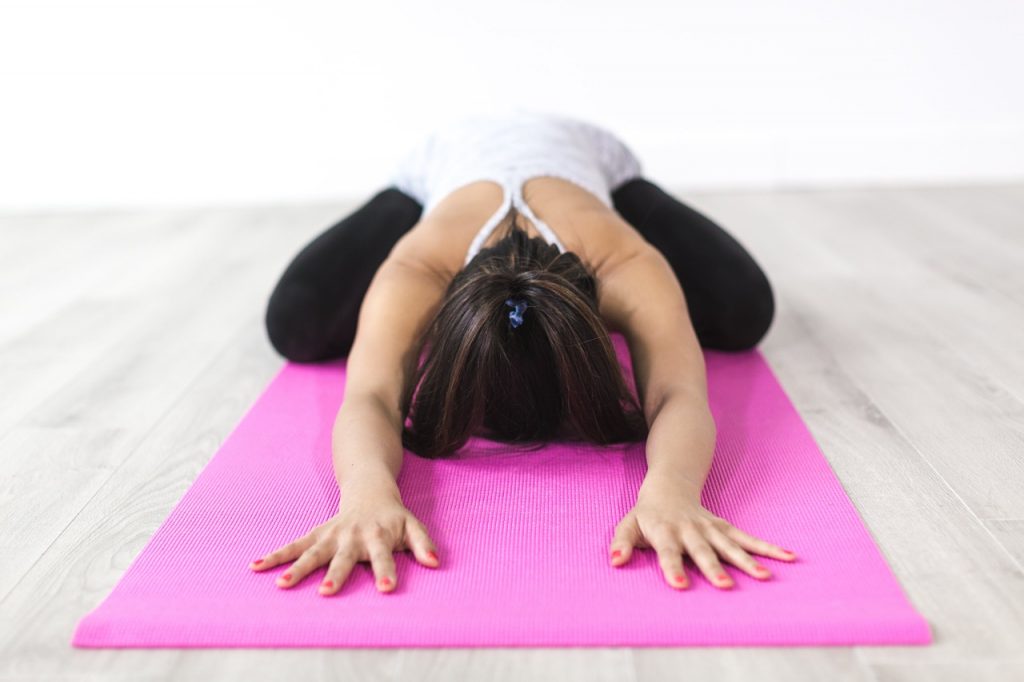 I’ve been consistent lately with working out. I’ve found a little slice of heaven inside the walls of a yoga studio. Never mind this heaven can be more than 100 degrees with 30-percent humidity. But a few weeks ago, I thought I would need to hide my head in shame and never return because of something silly.

What happened, you ask? I passed gas during yoga. It was quiet; the room, not the gas. At first, this group of seriously, flexible yogis was too focused on perfecting their Warrior III to pay attention. No one knew until the moment it became clear that “silent and deadly’s” aren’t always silent. I could tell by the look on everyone’s face; they’d caught wind of my secret. Our dear instructor must have sensed my angst as she softly said, “stay with your breath. Come back to your intention.” I started chanting my intention in my mind. “don’t do it again, don’t do it again.” Unfortunately, this had the opposite effect.

I was sweating profusely. Mostly because the room was nearly 100 degrees with 40-percent humidity, but I’m sure my flatulence was responsible for at least a few of those beads. If I could make it a few more minutes, the class would be over, and I’d be in the clear. Then it happened again. They were building strength as I’m certain I heard a thud of someone passing out behind me.

What should I do? What should I say? Do I say anything? Should I close my eyes like instructed OR should I just play the ghost fart card and hightail it outta there, so everyone thinks the cute little brunette sitting to my left is responsible. Who am I kidding? She doesn’t have a look for anything other than Zen perfection. If she is a gasser, it probably smells like a mix between fresh flowers and unicorn dust, which I hear smells heavenly.

Me? I look the part. Or at least I felt like I looked the part at that moment. Two dustings later and I made a promise to God, Betty White, Oprah (and anyone else I could think of) that I would NEVER again eat cauliflower, eggs, chocolate chip cookies, beef jerky or Sour Patch Kids. I essentially went through everything I had eaten the previous six days. I then made a mental note that I need to rethink my diet.

Even though I was sure everyone knew it was me, they didn’t show it. For me, it was torture. I’ve heard someone do this in class before and I always catch myself before I giggle out loud. I can’t help it. No matter how old or educated I get, fart jokes will always be funny. This was my payback. This boiling anxiety was payback for all the years I laughed at inappropriate jokes or the fact that I don’t use the phrase “passing gas” more than its less sophisticated cousin, fart.

As class ended, everyone slowly came out of their respective floor poses. This was it. No one noticed. I exhaled for real this time because I stared humiliation in the face and said, “please, please, please don’t do this today.”

Before standing, I made eye contact with my neighbor and gave the international facial expression for “damn, that was hot.” I couldn’t believe I wasted an entire hour worried. When I stood, it happened (again!). Everyone including the adorable little yogi sitting next to me would now be able to put a face with a…whatever.

I had two choices. I could either ignore it (again!) and never show my face at the studio OR I could be an adult about this. I glanced at my yogi neighbor as we exited class and said, “Did you hear what that butthole said?”

Kidding. I did not say that because saying that is not very adult-like. I simply held my head high and told the instructor I would see her next week. Embarrassment is a high price to pay for a little gas, but it’s worth it to continue my yoga practice. Namaste.