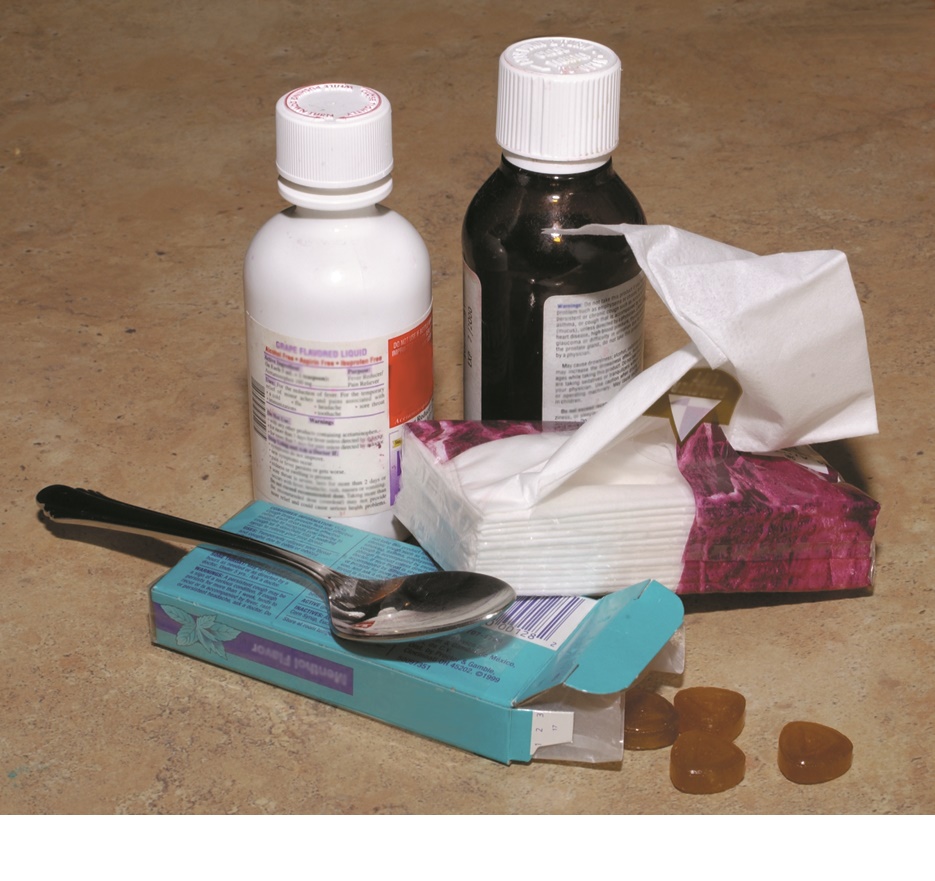 For the last week every counter in the kitchen has been laden with bottles of Chloraseptic, Mucinex, and “Mama’s Magic Elixir” a.k.a. liquid NyQuil.. That’s because when my 3 get sick, they ache more, cough more, and sneeze more than the average person.

So with the flu, stomach virus and Ebola going around, you can only imagine how hard this last week has been on me… I mean them.

It all started on Facebook when several friends began to report they had been diagnosed with the flu. Post after post depicted aches, chills and fevers and as I read one after the other I could literally feel the temperatures rising in our home.

By that evening all three of my children were sicker than anyone else they knew… including those they lived with.

By morning the humidifiers were humming, the hot tea was brewing and Vitamin C was our candy of choice.

And the competition was on!

“Feel my forehead Mama,” is the usual way the games begin. As I go one by one, determining whose temperature is the highest, my job is not done until a winner is declared.

And as luck would have it, the winner only felt better so long as she was watching a Project Runway television marathon… a fact that enraged the other two… even through their Vicks VapoRub-induced haze.

Ironically, as hoarse as they were, I could still hear the screaming in the next room… to “put something on we all can watch!!”

Interestingly, as weak as they were, at some point they were able to rise from their chairs to wrestle the remote from the weakest one.

As frail as the weakest one was, she somehow found the strength to make her way to the kitchen to inform me that the other two “are not sick! Make them get out of the  bedroom and give me back the remote!”

And my Saturday pretty much went much like this until their father finally loaded them up and took them to the nearest clinic.

Three hours later, we learned it was not the flu, not strep and not Ebola. Instead it was the common cold.

Not that that changed anything. It was still “the worst cold ever!”

Thankfully, after a week of cold medicines, throat lozenges and exiling each to a separate room and a separate remote, my crew is on the mend.

Of course, now their father and I are sick and while you may not believe this, when we get sick, well, we are simply sicker than everyone else.