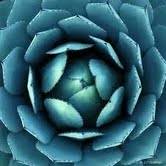 You and Tequila Make Me….

In this blog I usually espouse different grapes and grains. But this weekend turned into a time to reflect upon that perennial plant of peril, blue agave and it’s product, tequila. I have been known to enjoy the occasional margarita, or a shot of tequila. So, this weekend when my gracious host/paddleboard wondergirl offered me her special drink, I couldn’t say no…it’s called manners! A cold margarita with crushed ice after a long paddleboard ride in a shady cove sure sounds good. I peruse the ample liquor cabinet on the house boat and quickly realize that these folks take their tequila seriously. This is not just a once and a while type thing. There were atleast four different types of tequila decorating the shelves along with a large bottle of Grand Marnier. The margaritas made in a traditional way in a pitcher with lime-ade were strong. I told my friend that she should be looking for 100% agave anything else was pretty much not really tequila. Agave is a succulent plant similar in looks to a yucca or aloe plant whose favorite habitat is the desert. Lucky for me she had some El Ultimo Reposado which tasted great in the perfectly mixed cocktails replete with shaved sno-cone style ice.

The original margarita was actually called a “daisy” and was simply made with lime juice, sugar and tequila. If you have never tried a margarita this way, I encourage you to do so. The fresh squeezed lime juice is great. Again look for 100% agave when purchasing tequila.

“Now tequila may be the favored beverage of outlaws but that doesn’t mean it gives them preferential treatment. In fact, tequila probably has betrayed as many outlaws as has the central nervous system and dissatisfied wives. Tequila, scorpion honey, harsh dew of the doglands, essence of Aztec, crema de cacti; tequila, oily and thermal like the sun in solution; tequila, liquid geometry of passion; Tequila, the buzzard god who copulates in midair with the ascending souls of dying virgins; tequila, firebug in the house of good taste; O tequila, savage water of sorcery, what confusion and mischief your sly, rebellious drops do generate!” –Tom Robbins Still Life with Woodpecker

Saturday night in Shady Cove around the dinner table with Don Eduardo Anejo and an open bottle of Jose Cuervo and the conversation turns to tequila again. What does anejo mean? It’s been aged in the barrel longer than the reposado which is typically aged from 2-11 months in our margaritas from earlier. I encourage my friends to smell the cuervo after smelling the Don Eduardo and we all agreed it smelled like sugar. Cuervo is classified as a mixto tequila meaning it has atleast 51% blue agave the remaining parts are aften such items as cane sugar, caramel color, oak flavoring extract and glycerin. So we left the Cuervo alone and drank the Anejo which is made for sipping as it has been aged in oak barrels atleast a year. And the result was still dancing at the tiki bar next door where tequila was certainly betraying some outlaws.

This time of year lends itself to tequila with the long hot days of Summer coming to an end. We will be wearing our hats, ponchos and mustaches on October 25th at Sammy B’s for the first ever but much talked about Market Basket Tequila Tasting. We like tequila year round in this town if you havn’t noticed! We plan on having several big name tequilas such a Herradurra and Don Julio as well some beautiful craft tequila you may have yet to encounter. Sammy B’s Tex Mex appetizers will not disappoint. The cost for the tasting is $20.00 and reservations can be made by calling the shop at 449-7115.