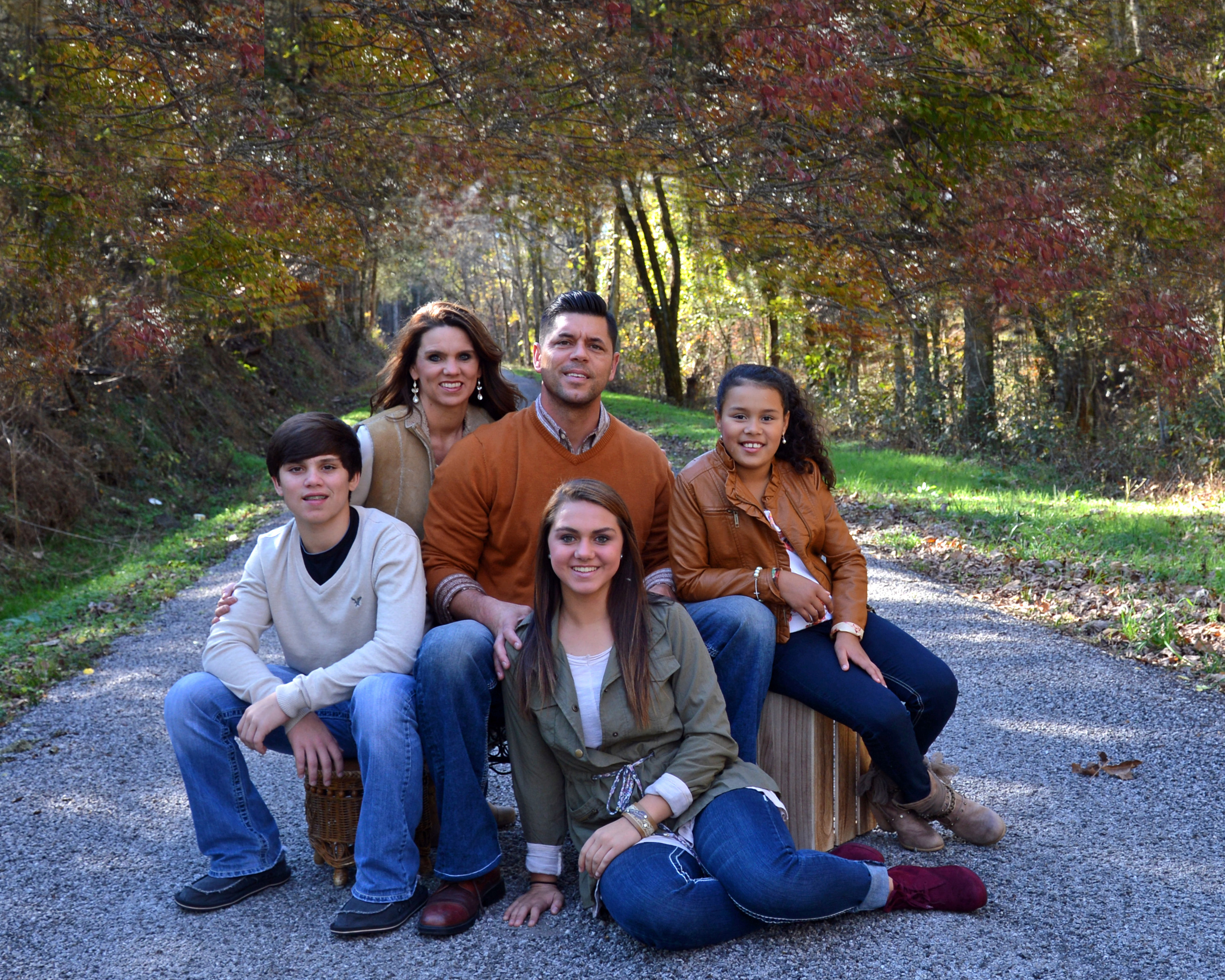 Melinda Spivey married into a family that adopts… and years later, that’s how their daughter Merissa joined them

I met Rick in college. I had known him through his aunt and uncle but didn’t know much about his family’s love for children until after we started dating. It didn’t take long for me to know that we were going to have a long life together.

He comes from several generations of a family that supports adoption and foster parenting in Smith, Macon, Sumner, Dekalb, and Wilson counties. In his family, they have adopted 8 children and his sister and her family have welcomed well over 100 foster children through the years in their home. As we started talking about the future, marriage, and kids, he asked me how I felt about adoption. Intrigued by the way they were so willing to open their homes to children, I was drawn to that kind of love. We talked about it and I told him that I would be willing to follow his lead; and if the timing were right in our marriage, I would love to adopt a child.

Being adopted himself as a baby through the Agape agency in Nashville made this even more important to him. We were married, made our home in Carthage near our families, and in the next few years were able to have two children of our own.

During this time, Rick’s mom had a daycare in her home. Jo and Hugh Wayne Clark, a foster family who attended church with her, had a baby from Agape that they asked her to watch. This baby was named Merissa. I loved the name Merissa and always wanted to use this name because my sisters were named Meranda and Melissa and this combined their names. We joked in the beginning about her being our adopted baby because her name was perfect. A few months passed and Merissa continued to not be placed in a home, continuing to be drawn to our hearts. In May, Rick and I attended our two nieces’ graduation, where the Clarks were present. It was that night when I felt a huge conviction to want this baby in our home permanently. The next morning I mentioned to Rick my feelings and he admitted that he felt the same way.

Rick called the Agape agency, which if you remember was the same agency that placed him years ago, to inquire about her placement. He told them that we had experienced the joy of parenting and we would NEVER take the place of someone’s only chance of having a baby, but if they didn’t have a placement for her we would love to have her. She told him they were looking at a family in Memphis and would be in touch. My heart sank. I was, all of a sudden, devastated that it may not work out. Through the Clarks and daycare, we had grown to love this baby who already had the name we would have given her.

The next morning Rick received a call at work. He was told that it was important and he needed to take the call. It was the caseworker calling. She said the family in Memphis had backed out and they were interested in talking to us. We went that afternoon to meet with them. During this meeting, the case worker told us all about what would happen during the adoption process. I had so many emotions. Was this truly in God’s plan for us? Would she be happy in our home? Would we be able to give her the best life possible? Will my other two kids want a baby sister? With all the questions that came up, I could hardly contain my excitement about the possibility of adopting this precious baby girl, nor could the rest of the family.

Our two other children were persistent in asking daily when the new baby was coming. Within the next few weeks, we continued to go through the adoption process. During this time there were so many signs pointing to us that this was the right decision for our family and in God’s plan for us. One thing after another happened to show us that God had put this sweet baby in our lives for a reason.

I have to be honest, there was doubt at times that we were making the right decision and over whether this was the right placement for her. I prayed that this decision was right for her and not because my emotional attachment to her name, but because it was in God’s plan. My husband would continue to say, “If it’s in His will it will happen, and if not, we will know.” Daily, things would just work out too perfectly for her to be our baby. Trusting in my husband and keeping the faith, we proceeded rapidly with the process.

After home studies and visits, parenting classes, and mounds of papers to complete, Merissa came to live with us in July, just a few days short of her daddy’s 35th adoption anniversary from the same agency.  As they say, “the rest is history.”  We changed her middle name to Elaine after Rick’s sister, who also has a deep love for foster children.

Merissa fits perfectly in our home and knows her role as the youngest child or “baby sister” well. She is the youngest of three children. Her older siblings are Madison and Cameron, whom she looks up to. We have normal sibling rivalries, a busy schedule of sports, school events, and family functions, and we love deeply. She told me just this week that she looks up to Madison and her favorite thing Madison has said to her is, “Dream big and when you think you are dreaming big, dream bigger.”

Adoption is a very open and talked about subject in our family. We want her to know that she grew in my heart instead of my tummy.  Rick often says he appreciates his birth mother for recognizing that he would need a better life than she could give him during that time. He is thankful for the sacrifice she made to allow his mom and dad the opportunity to adopt him and loves his birth mother for the sacrifice she made to better his life.

Moving forward, we want to instill that “agape” love in our own children, that they may want to spread the love of adoption with others and share a “piece of the good life” with the world.