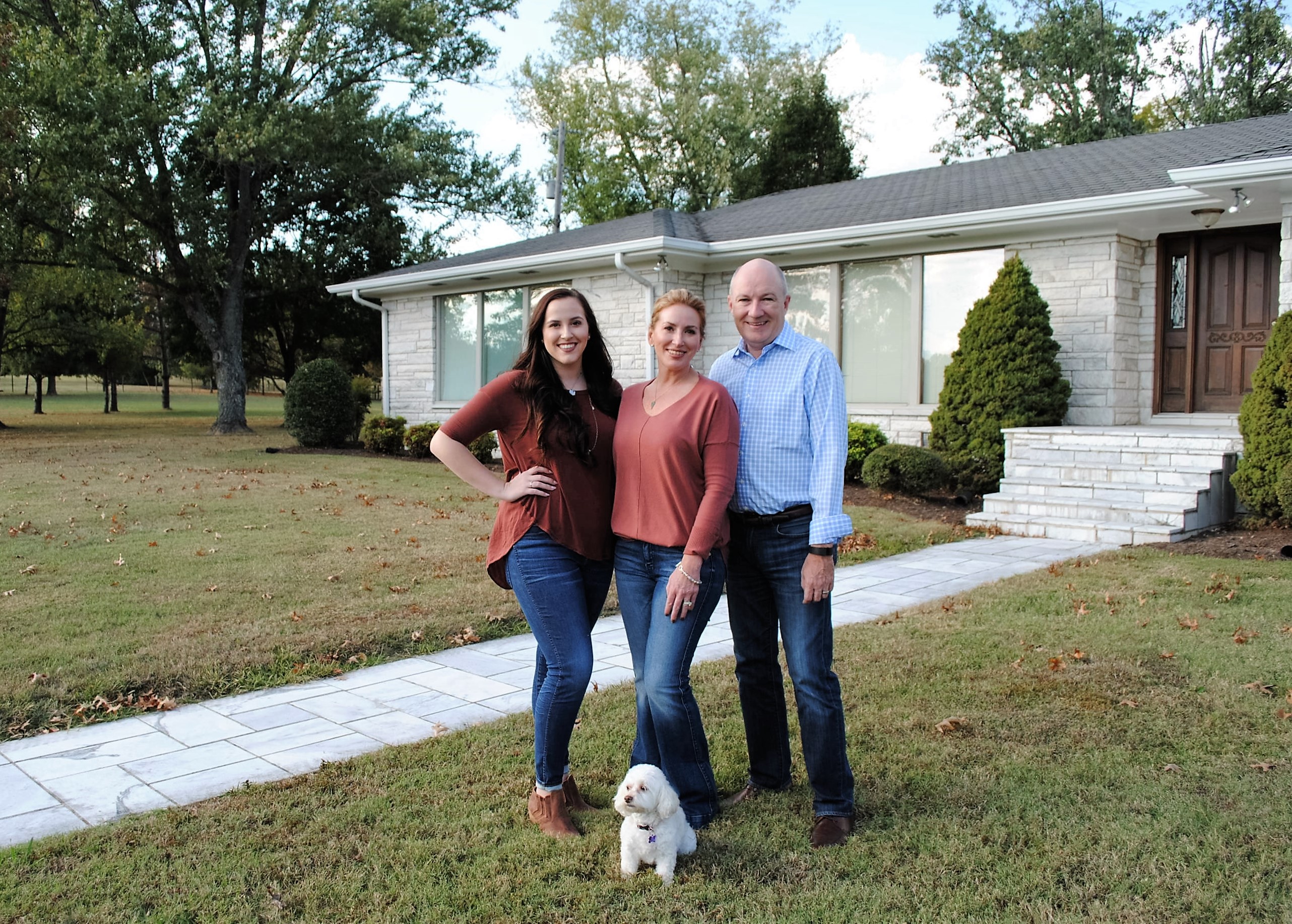 A few months ago, my family moved into the house where I grew up. For my wife Necole and my stepdaughter Isabella, it created more space while we build a new home. For me, it brought memories of my youth.

When I walk through the kitchen, I can visualize my mom Elaine cooking dinner while talking with my grandmother on the telephone. In the days before cordless phones, the cord could stretch across the room.

When I take the trash to the driveway, I remember my dad Charles beating me at H-O-R-S-E. He only shot free throws, and he never missed. I also remember my sixteenth birthday when my dad and I returned from a Tennessee football game to find my new car sitting under the carport. It was wrapped in a giant ribbon and bow.

When I walk through the backyard, I can still see the bell-shaped swimming pool that was there for decades. That is where my mom taught me how to swim and where Vacation Bible School always spent one day out of the week.

When I pull into the driveway, I remember a Halloween party from my elementary school days. My parents covered the yard with scary props. On a foggy night, my brother saw them in his headlights and was too scared to get out of the car. The props probably scared him more than they scared my elementary school friends. I also remember pulling into the driveway after a weekend night out with my friends. The T-Tops were out, and the radio was blasting.

The house creates a ton of memories of everyday events, but it also brings forth memories of the way things used to be. A few years before my birth, my parents bought some acreage along a two-lane highway on the outskirts of town, and my grandfather J.W. Vanhook built the house with his father Will Vanhook doing some of the carpentry work. Being outside the realm of city services, they also had to dig a well for water and put in a septic tank. We did not even have a street address. Instead, we lived on a rural route. 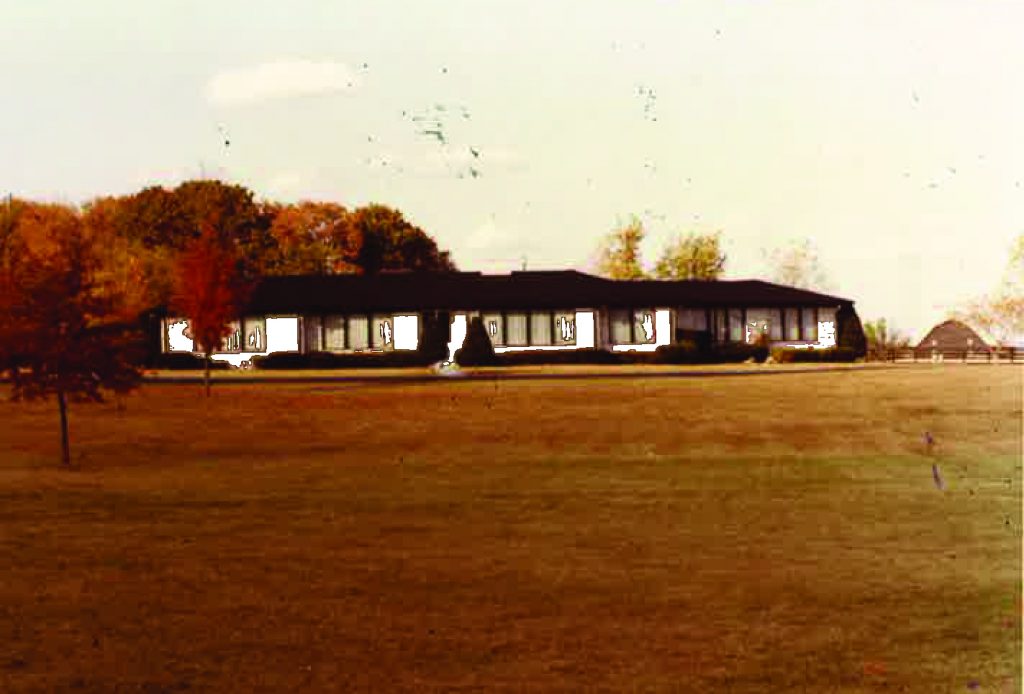 Despite the mail listing, we did not live in the countryside. There was a country store with a couple of gas pumps across the road. Next to the store sat Bethlehem Methodist Church. When I was small, I always wondered why we drove to the other side of town to First Baptist Church instead of going to the one across the street, which seemed to be the easiest thing to do.

Several homes were scattered along the highway, and I believe that our neighbors thought the same thing that we did when we got into the car and headed east. We were “going to town.” Of course, that meant driving some miles. Along the way, we passed Snow White Drive-In, Maple Hill Church of Christ and a few businesses. However, we were not officially in town until we got to Dick’s Food Market, which was in the strip mall where CVS now stands.

As I grew, the area around our house also grew. My grandfather, my dad and others developed the farm across the

road into the neighborhood of Shenandoah before creating Horn Springs Estates. As the years passed, there came Richmond Hills. Then, my aunt Nancy Eubank built Southfork, and my aunt Peggy Keel developed Geer’s Place.

With a scattering of houses along the highway turning into neighborhoods filled with hundreds of homes, businesses expanded our way. Kroger moved into a complex that also contained K-Mart and the Martin Triple, Lebanon’s first multi-screen theater where I spent many Friday and Saturday nights. Eventually, Kroger moved across the road and created space into which more businesses moved. It also made a great turning point for those of us who liked to “Cruise the Main” in high school.

Suddenly, our house was no longer on the outskirts of town. The City of Lebanon annexed the land and brought services into the area. With convenient commerce and sewer, the situation changed. We no longer had to “go to town.” We were in town, and a lot of other people, who lived in places like Five Oaks, were in town, as well.

When we moved back into the house, we moved into a different world than the one where I grew up. Although I still listen to the same music, I am no longer the kid playing video games. My wife and I are the adults with all of the responsibilities. However, the differences are also on a larger scale.

The two-lane highway is now a five-lane road. Bethlehem Methodist Church does not sit next to a country store. It sits next to an office building and the neighborhood of Waters Hill. One of the houses in which my grandparents lived is now Cumberland Animal Hospital. Maple Hill Church of Christ is still located across from Snow White Drive-In, but it is also between Sports Village and Publix. When we “go to town,” we pass a continuous line of businesses that include Beauty Boutique Salon and Spa, which is owned by my wife.

The area where I grew up is now the City of Lebanon’s Ward 6, and I am proud to serve that ward on the city council. For years, it has been a prime location for development, and land values have steadily risen. To continue that trend, we need to insure that this area continues to develop responsibly, with neighborhoods like Iroquois, which was developed by Mark Brown and my brother Jack, and Hamilton Springs, a transit-oriented neighborhood being my developed by my brother and me.

When I was a kid, the outskirts on the west side of Lebanon was a great place to grow up. As more people moved into the area and it became part of the city, it continued to be a great place to live. With more growth on the horizon, I want the children of the future to be as happy living here as I was living on that rural route on the outskirts of town.