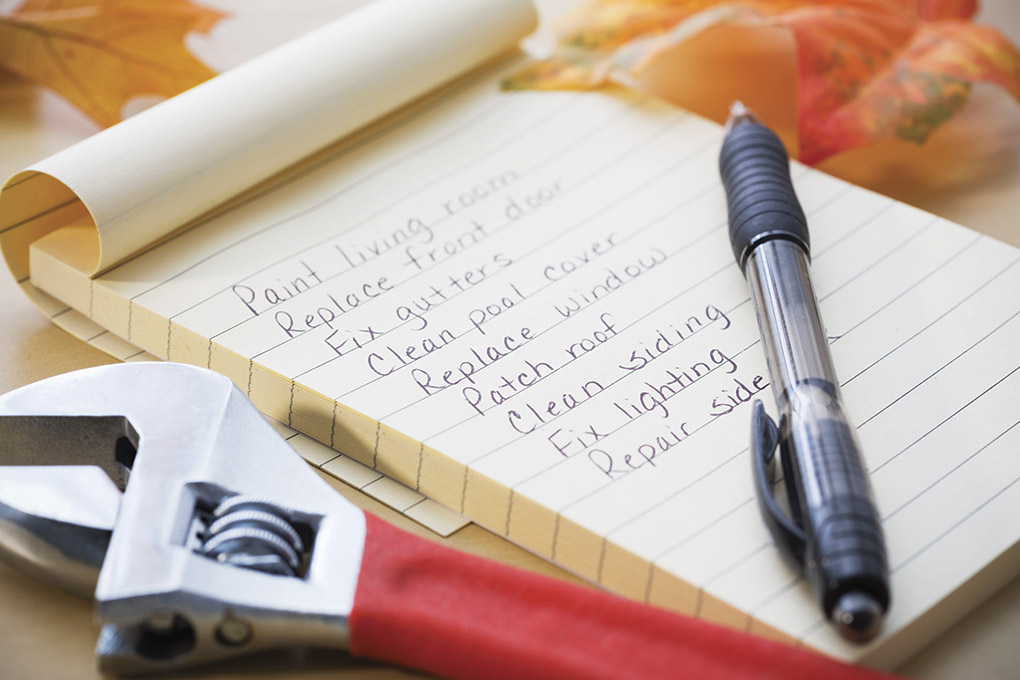 I like to make lists. Lists have always been my friend, and since I’ve been pregnant they are friendlier to me than ever.

Right now, I have three lists going. There’s one on my fridge that reads as follows:

Get carpet replaced in office

This is a good list, a long term list. And it’s in a public place, where Justin and I can both see it and remind ourselves of exactly where we are. We each make sure the other gets an opportunity to do the honors, scratching another major project off with a marker.

I also have an active grocery / gift shopping list always on rotation, and of course, there is a daily to-do list, which includes work to-do items and other accomplishments for the day:

Call so and so

Call so and so

Edit that other story

Send shoot preview to so and so

There are also lists within the list—such as lists of layout edits to our current issue of the Wilson Living Magazine, due out January 7 (whoo-hoo!).

Like every human out there who makes lists, I also add items as I go along, if I find I have done something during the day that wasn’t on the list. Pay that bill? Add it to the list, and check it off. You did the work, I say to myself. You sure as heck get the credit!

And lately, I’ve taken to adding items to my list that make me feel better about a less productive day, but which, I figure, are a partial explanation:

Or items that are not precisely concrete accomplishments, but that still, in their own way, required skill, effort, and planning:

Think a lot about color schemes in the living room

Yes, lists are my friend.

They’re a visual stress reliever, at least for me. When I’ve gotten all the goals of a day down on paper, I feel about 1000% more mentally clear, and totally ready to focus on a task until it’s complete.

Hey!—I just earned myself a cross-off: