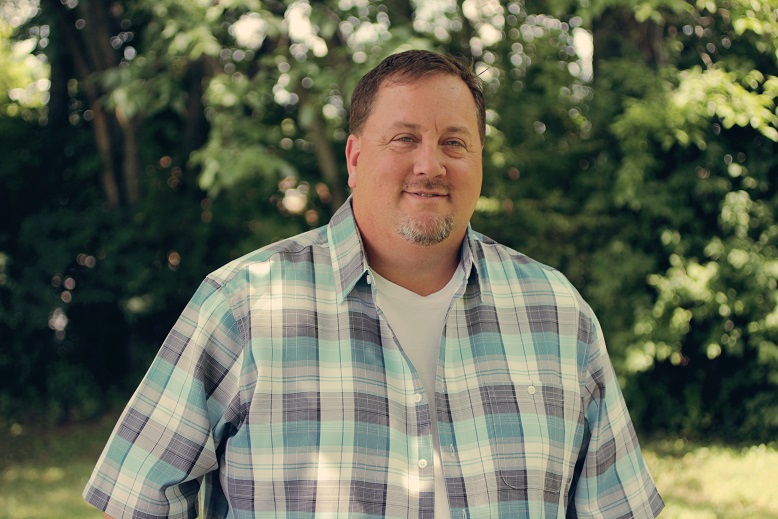 The place was Vanderbilt University’s baseball field. It was around October of 1990.

I was in the batters’ box, hitting against one of Vanderbilt University’s pitchers.  The football field was towering above me—it was right next to us, along the third baseline. The SEC!  I was playing baseball for Cumberland University against an SEC team as a true freshman!  Four months before, I was playing baseball at Lebanon High School, where I had been honored as “Most Athletic” my senior year.  I ripped the next pitch over the third baseman’s head into the outfield.  A single!  One for one against Vanderbilt.  I thought my dreams were coming true.  The possibilities were endless.  I had arrived at my destiny, I thought.  Life, however, had other plans.

I was married in my senior year of high school, and we had a child in October, 1990.  Shortly after that came my “Vanderbilt experience.”  My life had been all about playing ball and winning.  I knew nothing about how to live away from the ball field.  My whole identity was wrapped up in being an athlete.  I did not know God.  My small little family at that time was secondary to what I was doing on the field, and so was school work.

I’ll never forget the day Coach Hunt called me on a December morning, and said that I was no longer eligible to play baseball.  I was going to have to sit the season out.  I was absolutely crushed.  I wanted to die.  Instead of regrouping and getting my priorities straight, and getting through this minor setback and concentrating on my family and newborn child, I turned to alcohol and drugs.  I found a way to temporarily escape the pain, a way to escape the reality I was in—at least I thought I did.  That was the catch, living with the consequences.

A few months later I was divorced, and my child went with her mother.  I was living out of my car and on people’s couches.  College and baseball were far from my mind.  Oblivion is where I wanted to be.  The pain of failure was just too great.

I barely remember the 1990’s, except for a short period when I thought discipline and willpower would do the trick.  So I joined the Marine Corps.  Off to Parris Island I went.  I thought the Marines could teach me the discipline and willpower I needed to control my drinking.  Five and a half weeks later, a drug test from the day after I joined came back positive, and I was packing up for home. I knew what I was going back to—misery, alcohol, and a lot of drugs.  And so I did.

My addiction took me farther than I ever thought of going, and kept me way longer than I ever wanted to stay.  It took me places I never thought I’d go, and I did things I never thought I’d do!  Sin owned me.  I had met my match for sure.  I slept in cars and under numerous bridges in towns and states across America.  Violence in the world I was living in was a constant possibility.  There is no job more demanding than that of an alcoholic/addict in full blown addiction.  It’s the high cost of low living, as they say.

About the year 2000, my life of drinking and doing drugs switched gears.  After a decade or so, I finally started trying to get sober.  The problem was, I could get sober; I just couldn’t stay sober.  I tried, I really did.  I was in seven rehab facilities, and around 30 or so halfway houses.  I had no power to stay sober.  I knew the power had to come from somewhere besides me.  Then on March 19, 2000, I came to know Jesus.  I didn’t know how to let totally go of my life back then, so that He could lead it.  I relapsed and went another ten years in the same state.

Until I reached “the end” five years ago.  Brought to my knees, I begged God to take me, to let me die unless He removed addiction totally from my life.  I gave Him total control.  At that point, I didn’t care which one God chose (death or sobriety) as long as He chose!

And the Lord did—it was sobriety.

That very day he removed a 20-year addiction to alcohol, drugs, and even nicotine too!  Yes, the day He delivered me and broke the chains, He broke them all.  I not only have never drank or done drugs since that day, I also haven’t smoked one cigarette or taken one dip of snuff.  Nothing!  And with no withdrawals or anything… talk about AMAZING GRACE.  Since that day, the Lord has led me to start my own business, Warmath Construction, LLC, where we do everything from landscaping and lawn care, to building decks and home remodeling, etc.

A few years ago, God also led me to start Celebrate Recovery here in Lebanon at Fairview Church.  It is a Christ-centered, 12 step recovery group.  We meet on Thursday nights at 7 p.m., and the meetings are open to everyone!  I also teach an adult Bible study class there on Sunday mornings.  I have been in college accredited seminary classes through Equip there also, preparing me to lead a church someday soon.  I also started a recovery house for men (imagine that), which can hold up to ten individuals, and we are expanding.  God has been busy with me!

I give all the glory to God.  However, many, many people have helped me along the way, too numerous to mention.  For those struggling with life, not feeling like you deserve a relationship with God or others, and you feel like you’re going nowhere fast, I have been there.  I know the WAY out.  Contact me, I’m on Facebook.  My life was spared so I could point the way to others.  I always felt like I wasn’t good enough.  This verse gave me hope: 1 Corinthians 1:27-29. “But God chose what is foolish in the world to shame the wise. God chose what is weak in the world to shame the strong. God chose what is low and despised in the world, even the things that are not, to bring to nothing the things that are, so that human beings might boast in the presence of God.”  Amen!

I would not be where I am, with the life I now have, without my wife and best friend, Tabatha Warmath, and our two children, Sonny (age 4) and Jadan (age 5), and our other children Carly, Makaylah, Issak and Gia, and most importantly, through the blood of Jesus Christ!

To contact me, you can also reach me through my website, www.warmathconstruction.com.  I will also speak anywhere, anytime.  There is a lot more to my story!

One Reply to “The high cost of low living”