If you knew Gina, odds are you remember the first time you met her. I know I do. Excuse me while I borrow a line from my second favorite Golden Girl. 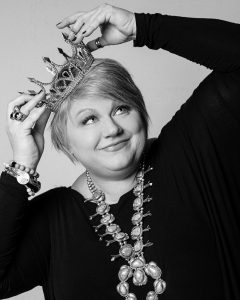 Gina had the blondest hair and the bluest eyes, and the best laugh. She was nice. But not nice in the typical-my parents told me to be nice to people-way. She was just lovely…to everyone. She was full of life and creativity and lived that life to the fullest. Always with family and sometimes a few friends in tow. She put 150% into everything, and if she met you once, you would always be a friend.

Gina’s mother, Vickie Johnson Eads, can’t remember a time when she wasn’t in constant contact with her oldest child either by phone call or text. But that changed on a hot summer day in August 2019. The world that her family and close friends came to know would be no more. “Sunday night, Gina flew home from a visit with her sister Monica who lived in Colorado. Terry and I picked her up at the airport. The next morning, I went to work at the fair office. Gina was still sleeping when I left. Not unusual since she didn’t work on Mondays.” Vickie continues, “She was supposed to pick up her cousin that afternoon and didn’t show up. That wasn’t like her at all. I knew something was wrong.” 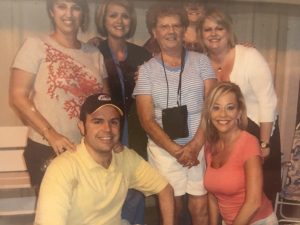 Vickie asked a family friend who was near their home to check and see if Gina was there. “He called me, and I knew before he even opened his mouth that Gina was gone.” Vickie rushed home and made a series of calls to family and friends, who trickled in as the night wore on.

Gina had suffered a ruptured brain aneurysm. “We were in shock. How could this happen?” Friends rallied around Vickie, Terry, her brother TK and sister-in-law Sierra, her sister Monica and the rest of Gina’s family in the immediate aftermath. Wanting to do something anything to honor Gina, those friends put together an event that would become the outlet they all needed to fill the void
that seemed impossible to fill.

“Shortly after the funeral, Gina’s friend Tasha Walker Irby approached me about hosting an event in honor of Gina.” Irby, along with some of Gina’s lifelong best friends, Stacey Nivens Maxwell, Melissa Edwards Hosier, and Paula Harper Petty got to work organizing. They formed the committee, and that November-just, three short months after she passed away, Gina’s Friendsgiving took place at Lebanon Golf & Country Club. “I was worried about the turnout at first, but it was fantastic,” Vickie says. I don’t know how they did it.”

While Friendsgiving started as a way to channel grief and offer comfort to Gina’s family, it quickly turned into something else thanks to a suggestion from another childhood friend. Committee member Stacey Maxwell explains. “At the funeral, another friend from high school, Jeremy Frizzell, suggested we start a scholarship in Gina’s name.” And it made sense to committee members that the scholarship goes to someone who wanted a career in the beauty industry. “Gina loved her work as a Cosmetologist. She loved the creative side of it and was always eager to learn.” Stacey continues, “I knew this idea would be Gina approved.” 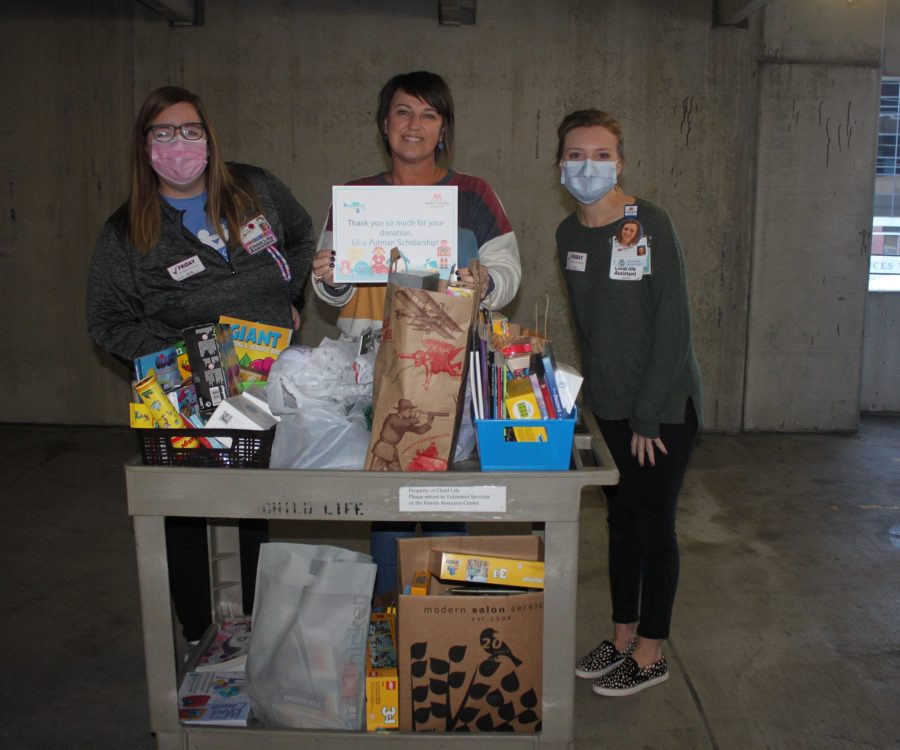 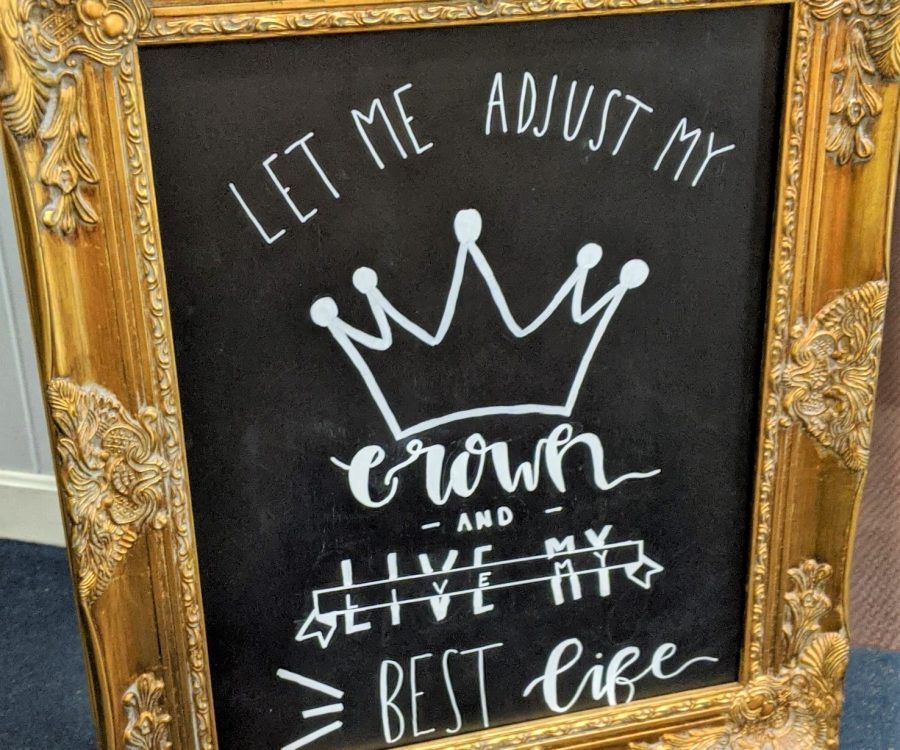 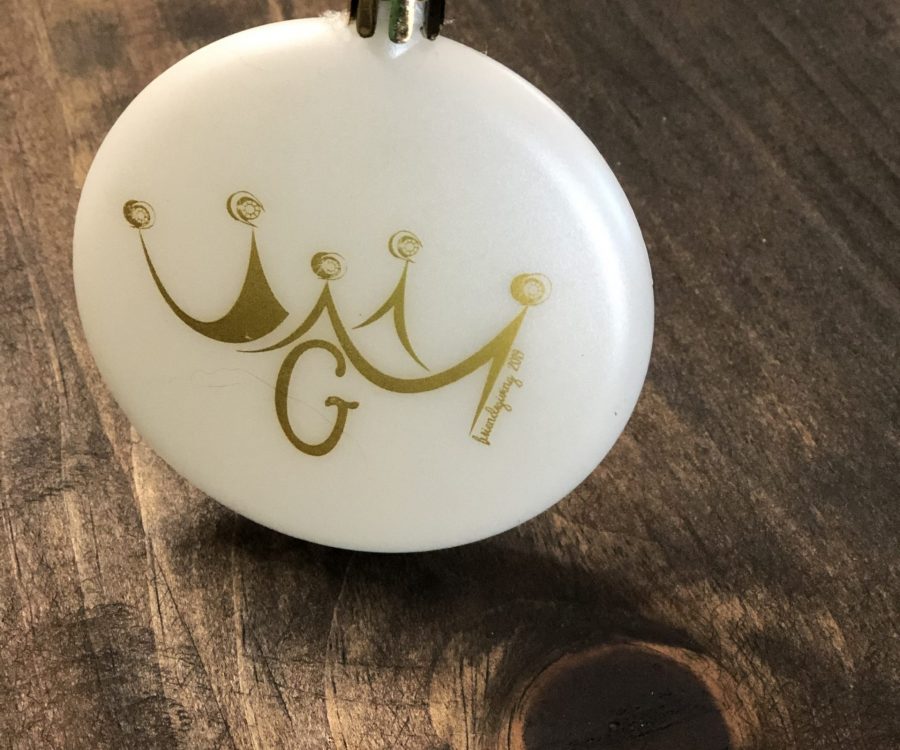 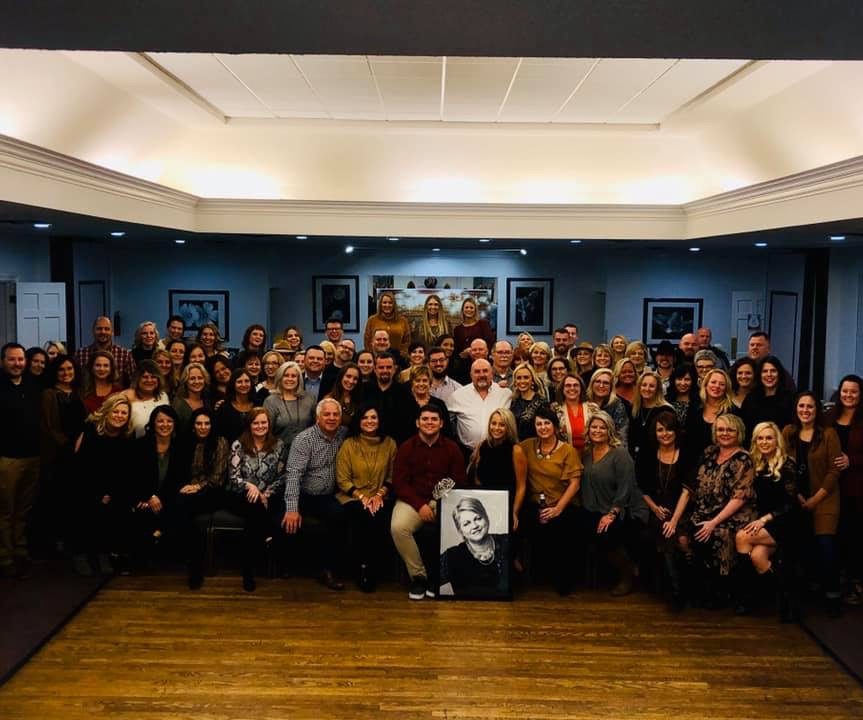 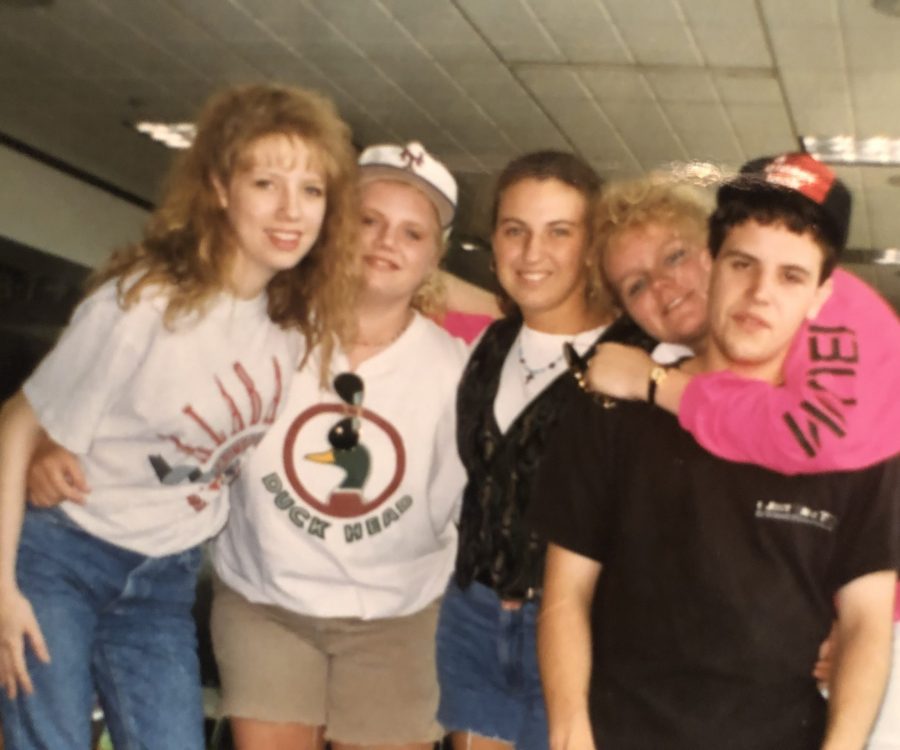 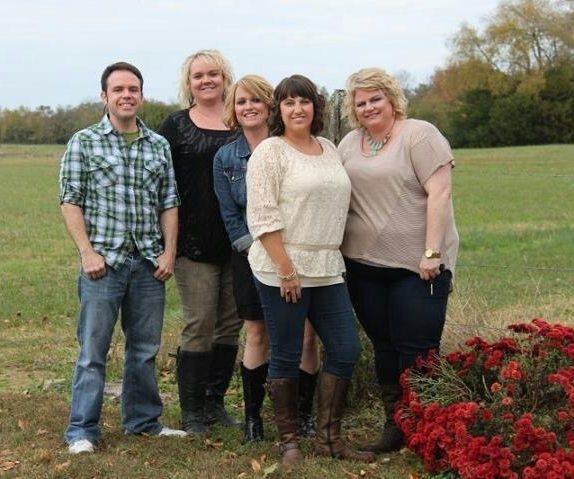 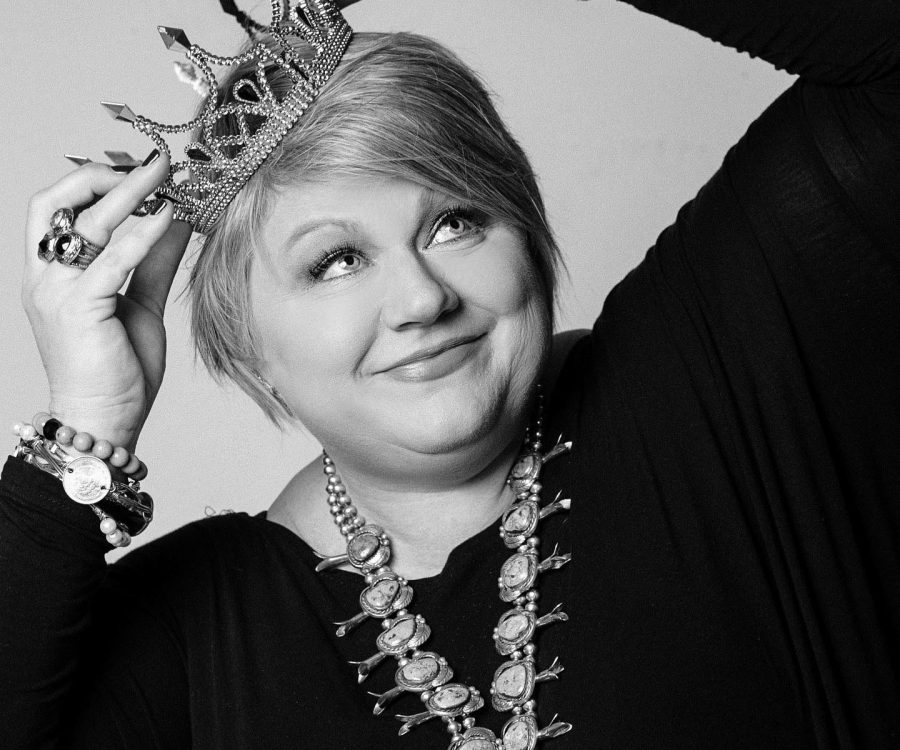 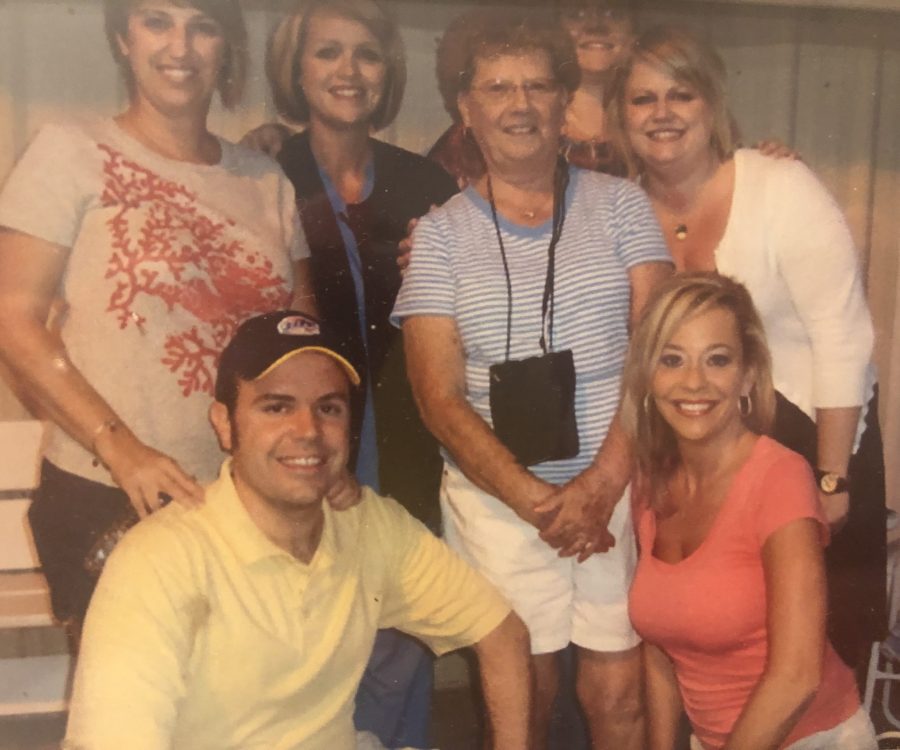 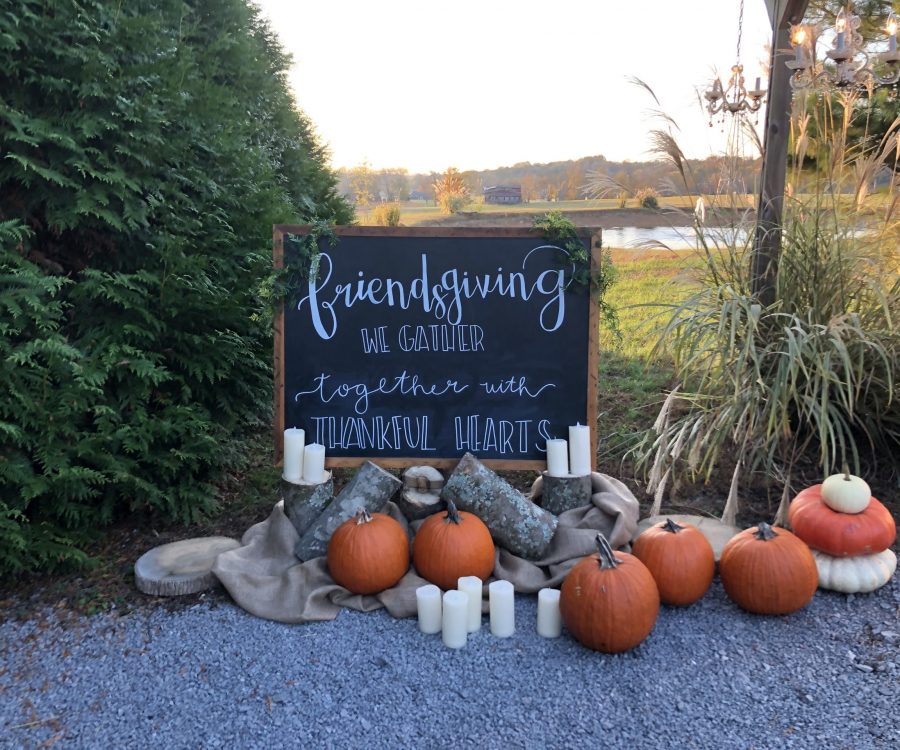 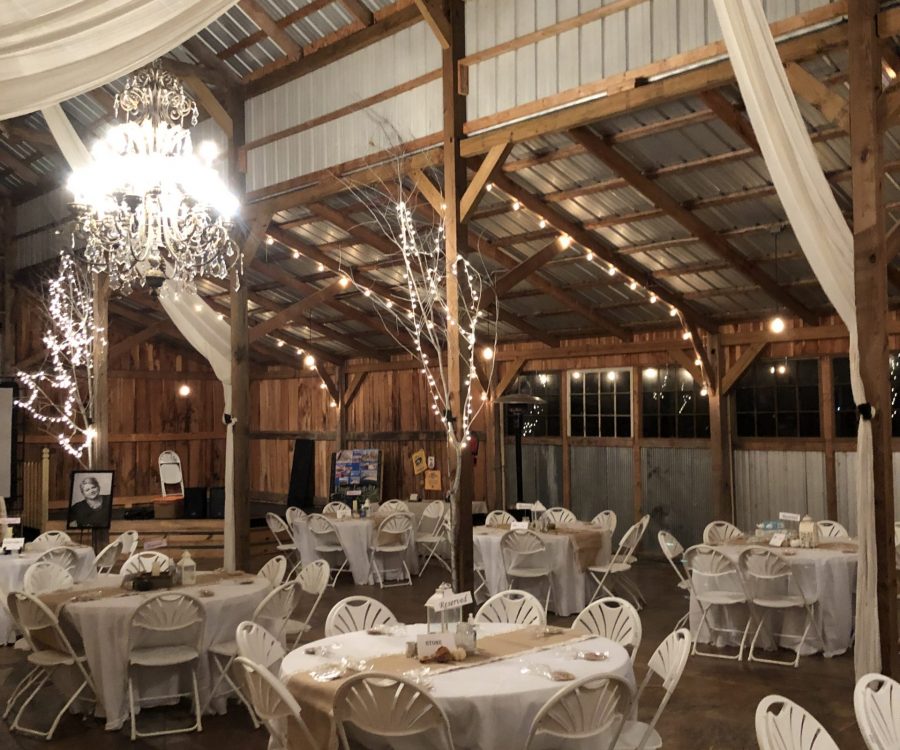 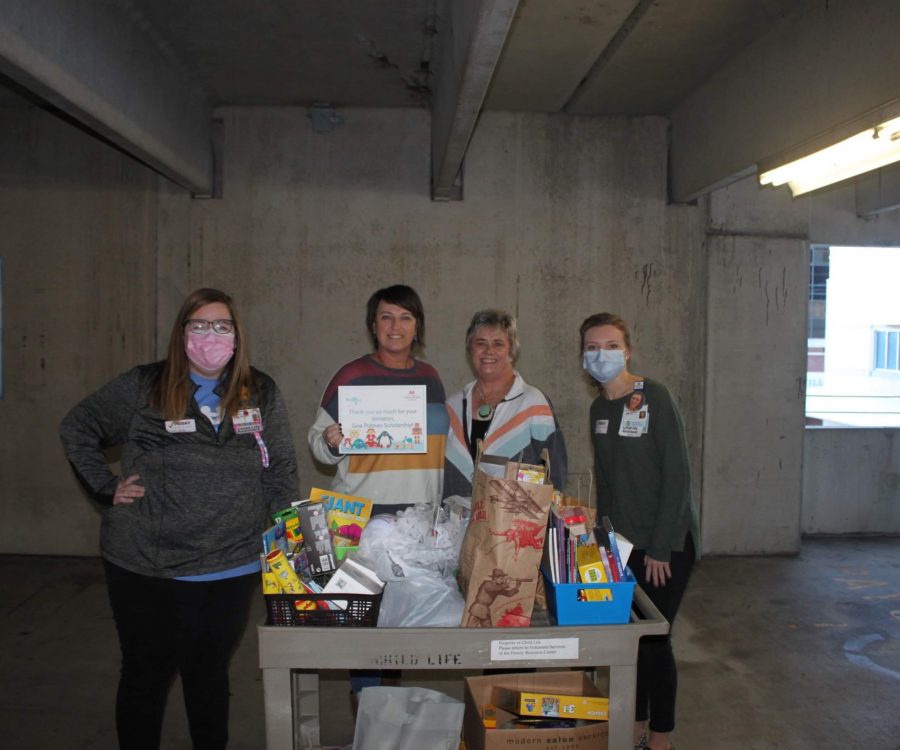 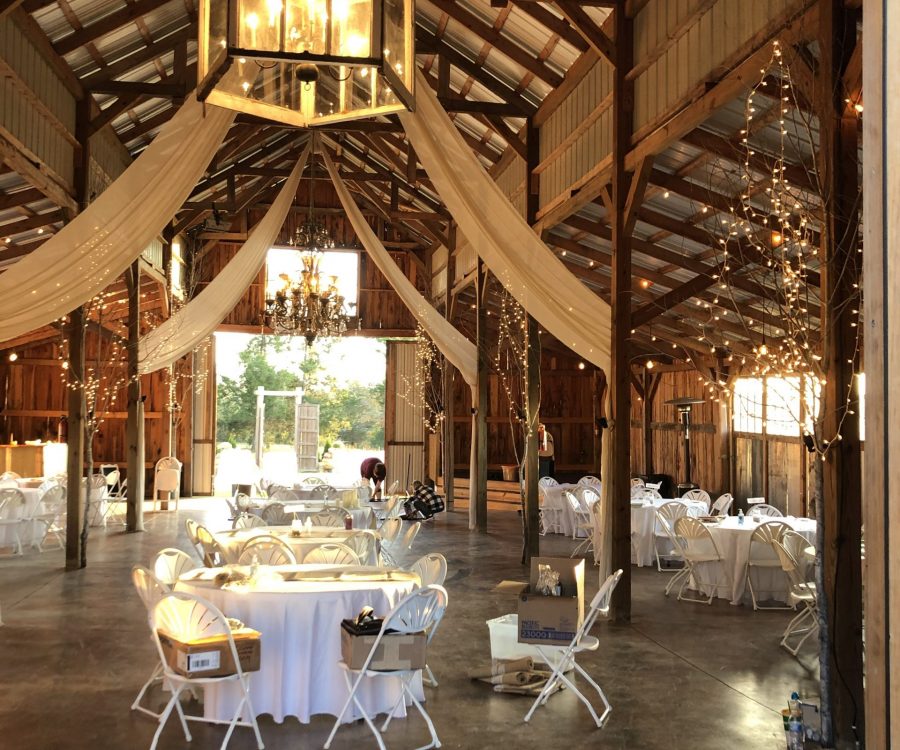 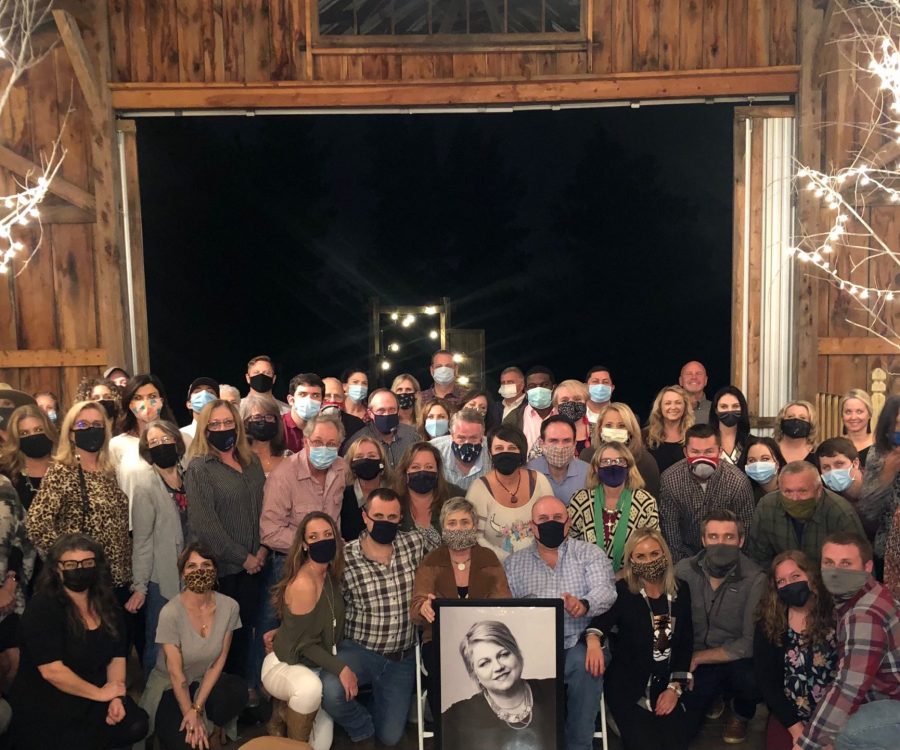 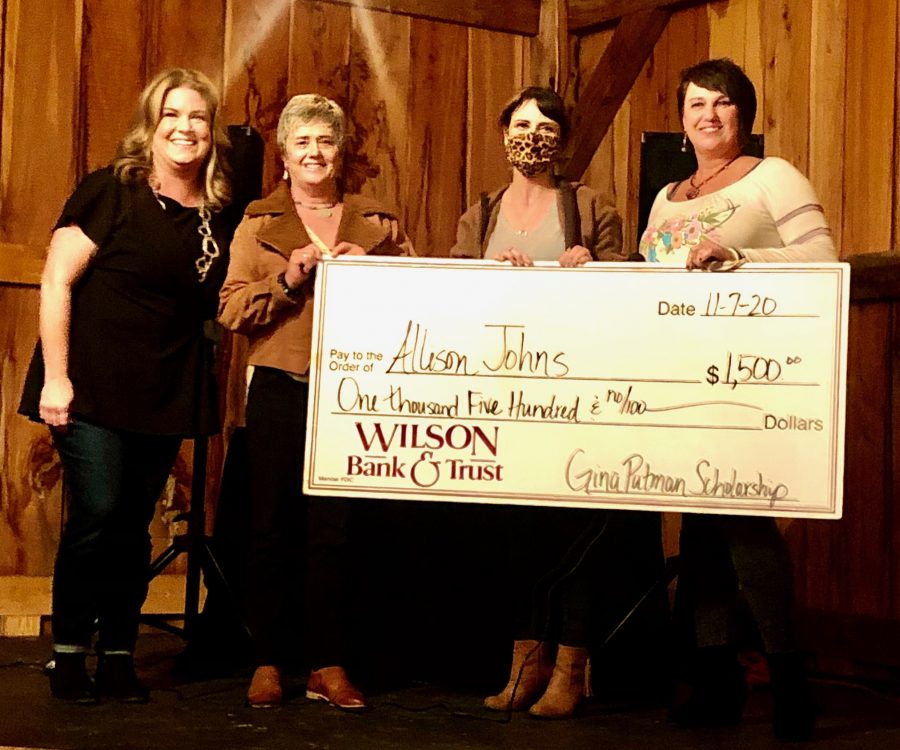 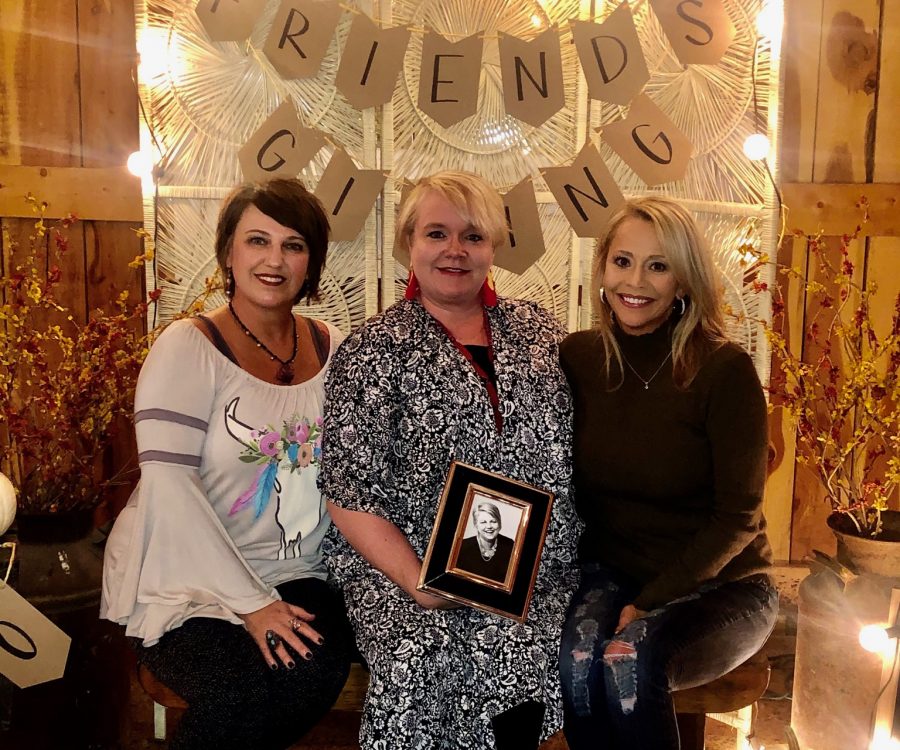 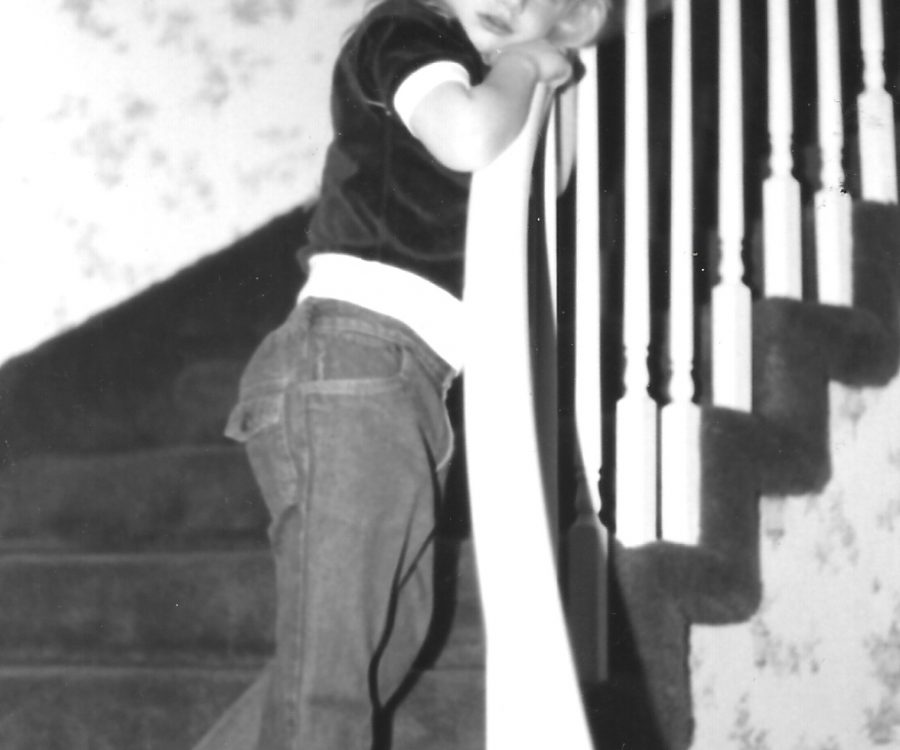 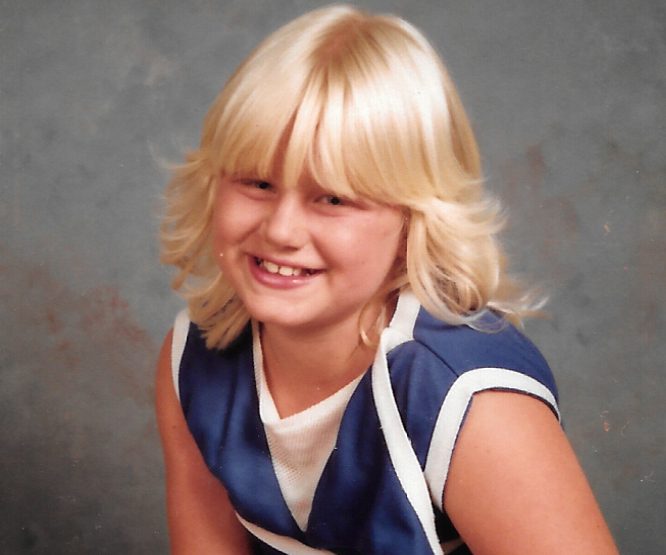 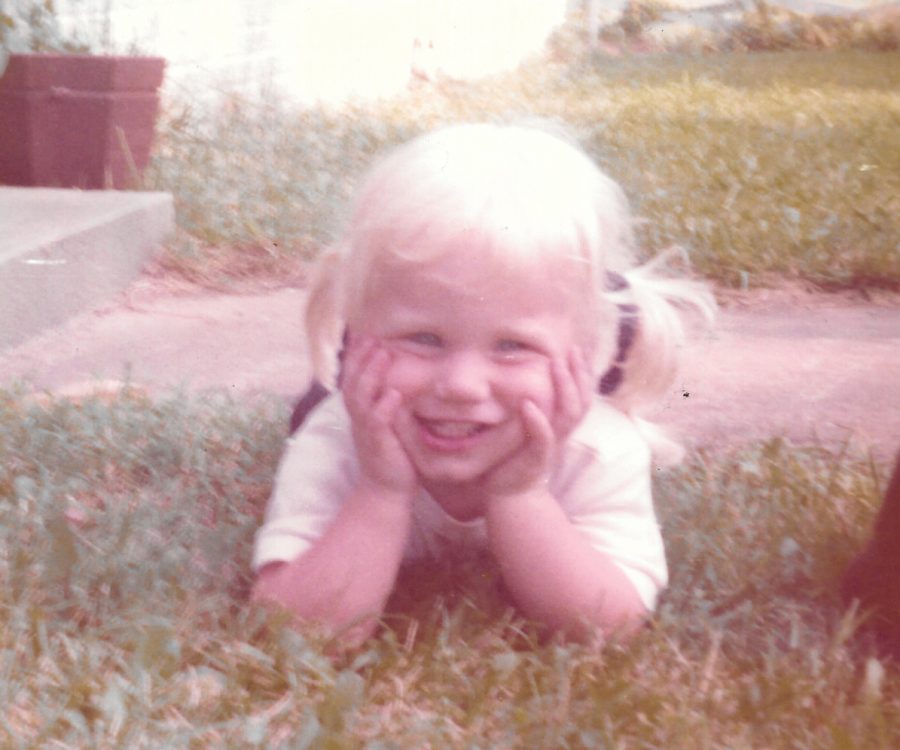 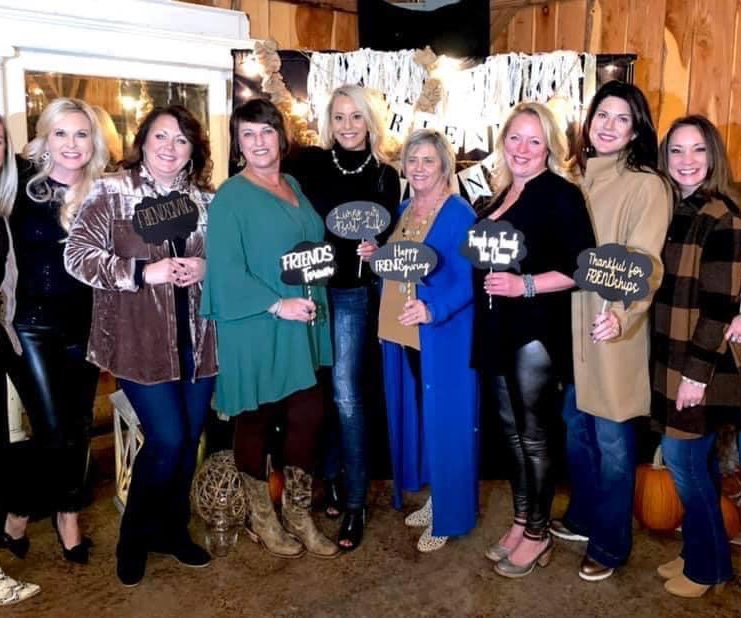 Later that month, Jeremy went live on Facebook at the 2019 Wilson County Fair, where he announced a match challenge asking friends and followers for donations in memory of his late friend. The challenge? Eating fried snickers-a lot of fried snickers. A few hours later, after ingesting 47 fried candy bars, Jeremy raised $1,100, and thus, the Gina Putman Scholarship was born. “I think he had to stop the contest because he couldn’t eat anymore.” Stacey laughs,
“That first deposit gave us the energy we needed to get busy planning and to find our first recipient.”

There were two goals when the committee started planning. One, keep Gina’s memory alive, and two, raise money for some of Gina’s favorite charities. Money raised from ticket sales to the sit-down dinner, silent auction, and the sale of swag honoring Gina has benefitted several charities in addition to funding the scholarship

They aim to eventually cover the tuition for a student to complete cosmetology school-a cost Stacey estimates to be between $16,000-$18,000. They are well on their way as ticket sales for the 2022 event will begin soon. “We want this money to go to someone that has a passion for a career, but most importantly a passion for life, just like Gina. Gina made the world a beautiful place, and this is our way of making sure that legacy of love, beauty, and artistic flare continues for generations to come.”

I can’t think of anyone that could make me laugh as much or as often or as loud as Gina did. Gina also had a way of bringing levity to the people around her. Talk to friends and family members of Gina and, each one (and there are a lot) will share a different story about what made her special. And when you know someone like Gina, you want to make sure everyone knows her too. She was the life of the party, and you are on the 2022 invite list.

To purchase tickets to the Friendsgiving 2022, email gputscholarship@gmail.com. Committee members have begun the process to register the Gina Putman Foundation as a 501c3 Non-Profit.

FRIENDSGIVING THROUGH THE YEARS 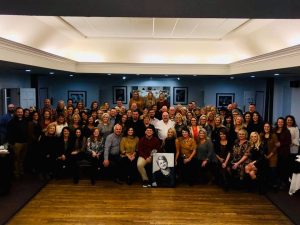 — 2020 —
Even amid the COVID-19 pandemic, the 2020 Friendsgiving raised more than $3,000. • Two scholarships were awarded. One recipient, Allison Johns, received $1500 and the other, Emaline Briggs, received $250 and a set of Gina’s favorite shears valued at more than $1,500.
*Guests also brought donations (coloring books, toys, DVDs, and gift cards) to fill Champs Toy Chest at Vanderbilt Children’s Hospital, an organization that held a special place in Gina’s heart as she and her family spent many days and nights there when her young cousin, Sean Putman, battled cancer. Sean passed away in 2005. 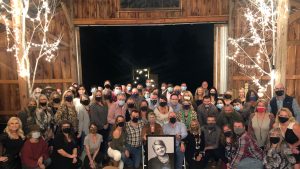 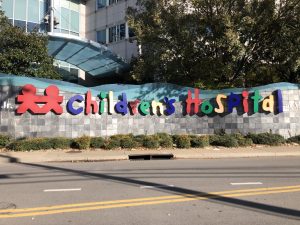 — 2021 —
In 2021, more than $4,000 was raised. • A $2500 was awarded to Watertown High School senior Alyssa White.
*Guests brought items that were donated to Our Sister’s Keeper, Inc. Our Sister’s Keeper is a non-profit that advocates for women both during and after their time spent in the criminal justice system. The non-profit was formed by Wilson County native (and Gina’s childhood friend), Suanne Bone and Brittany Davis. 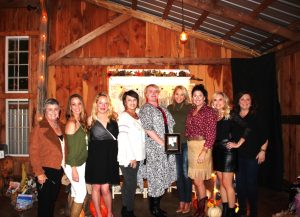