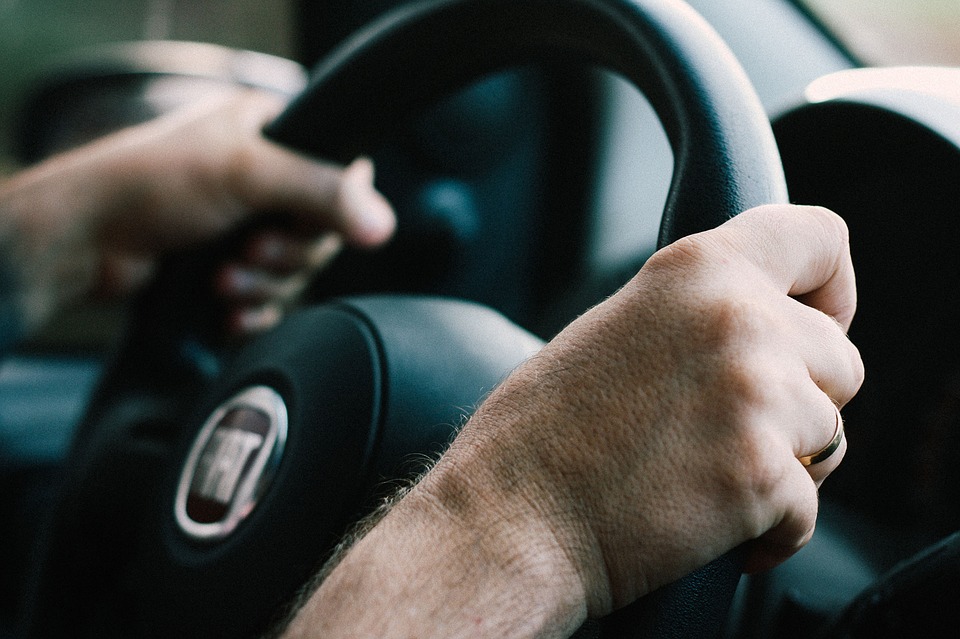 During the past three years, I’ve learned so many things about my dad. But two stand out the most.

One, it is essential to find humor in dark situations.

So it’s 6:45 Thursday morning. Coffee is ready, the Western Channel is playing “Gunsmoke” loud enough to shake my mother’s urn and Ralph is stalling.

This disease has taken him a bit further down the rabbit hole making changes to his routine upsetting. But today’s appointment at an area specialty center is essential. This evaluation will help determine if it’s safe for him to continue driving.

“Now why do I have to go to this appointment? I know how to drive! I drive all the time. In fact, the last time I took a driver’s test, they told me I never had to take it again. I was THAT good. I have a routine. This is screwing up my whole day. And I couldn’t sleep last night after you told me about this! I haven’t gone to the bathroom yet. And if I don’t have a BM — that’s a bowel movement, Becky — in the morning, I’ll get constipated.”

“I know what a BM is. Let’s not talk about that now,” I countered. “You have to go. They just have to make sure your reflexes are still sharp. And the insurance company needs to make sure it’s still safe for you to drive.”

“What insurance? I go there all the time. They love me. In fact, they said I have the best driving record of anyone. They said I can drive as long as I want. NO. QUESTIONS. ASKED!”

“This isn’t up to the insurance company dad. We need to make sure you are good to continue driving. You won’t have to take the test for another year.”

“What the hell do you mean? I have to take it again next year?! Let me call them. They aren’t going to jack me around and mess up my BM routine just because they need something to do. I’ll tell them. I don’t mind at all.”

“Why? My reflexes are great. They are just trying to squeeze money out of me. The jokes on them! I don’t have any money, dammit!”

“It’s because of your neuropathy, dad.”

It’s now 7:20. Dad still hasn’t taken a shower or had a… whatever. If we leave right now, we’d still be late. I call and get the OK that we can be 30 minutes late. I’m sure they’ve dealt with situations like this. So now I have one hour and 10 minutes to make this happen.

“Did I show the pictures Mikey sent?” Mikey being my big brother.

“No, I didn’t. I’ll look at them while you get ready to go. Hurry, Dad, we have to leave. Laura just texted and said she’s stuck in traffic.”

“Why would I care if she’s in traffic? Did you tell her what you’re making me do?”

“She’s meeting us there, so she’s well aware of the appointment.”

He finally retreats to his bathroom to get ready.

At 8:10 AM, he’s ready. I called the office again to tell them we would be later than 8:30. That’s when I get the news that we will have to reschedule his appointment.

NOOOOOOOOOOOOOOOO! My sister and I have to go through this again in 14 days. We scheduled this appointment for three o’clock in the afternoon. This will make it easier for all of us. My sister and I will be able to work a half day before taking him, and dad won’t have to worry about his BMs getting off track.

When I tell dad that we’ve missed the appointment, he’s as happy as a clam. When I phone my sister and tell her we’ve missed it, she is pissed. She was on the elevator at the hospital where Dad’s appointment is scheduled.

“You tell him that I sat in traffic for an hour and 15 minutes to get to his appointment!”

“Hold on. Dad, Laura said to tell you she sat in traffic for over an hour trying to get to your appointment. This has really upset her day.”

He takes the phone from me.

“Laura, hi honey, it’s Dad. You know when I go to Nashville, I take Lebanon Road. It’s stupid to take the interstate during rush hour. Don’t do that again. Love you, honey. Here’s your sister again.”

We’ve scheduled a new appointment, and to be safe until then we’re replacing fruits, vegetables and fiber of any kind with cheese and milk.