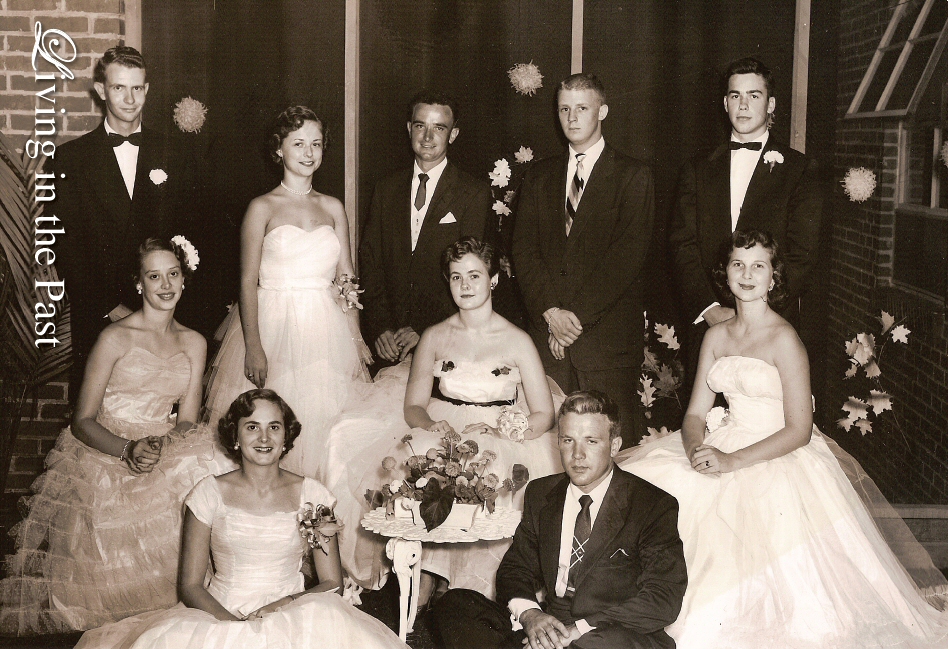 The term teenager was created in the 1950’s due to the tremendous population explosion of those in this age group.

Teenagers of the 50’s were very different from teenagers of any decade before. WWII had come to an end and the economy was beginning to rebound. This meant teens were now more independent and had money to spend on food, clothes and music. Their spending habits and tastes began to influence all of America.

New media outlets such as television and A.M. radio changed everything. School and country club dances were all the rage. These dances often were the beginning of many clothing trends, hairstyles, and dance fads. The “twist” was one of the favorites during this period.

To be a teenager in the 1950’s in Wilsoncounty was an idyllic time. Girls worepoodle skirts and saddle shoes, jeans were known as dungarees and cat-eye glasses were “in”. Boys were clean cut and wore khakis, button down shirts and penny loafers. Girls and boys “went steady.”

School papers were typed on typewriters and music was played on phonographs. Boys loved baseball and girls loved being on cheering squads.

Not everyone had a television but those who did watched I Love Lucy, The Honeymooners and The Twilight Zone. Dick Clark hosted American Bandstand. And Elivs was King!

Those were the days…