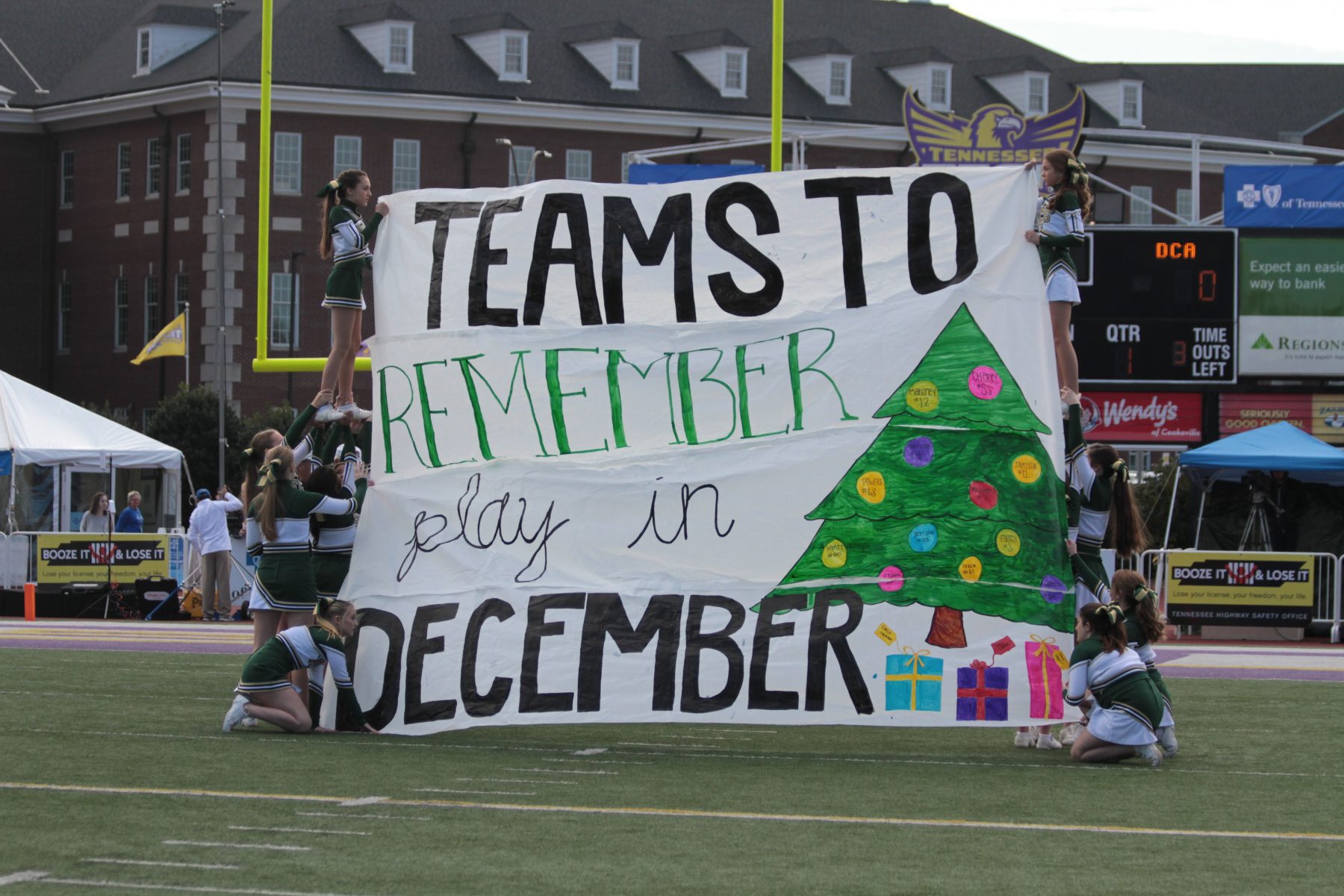 Written by Jeff and Stacey Cherry

Champions are made at Tucker Stadium on the Tennessee Tech campus in Cookeville, Tennessee. High school football state championships are the dream and pre-season goal of every successful high school
football team. It takes a desire and commitment to excellence, day in and day out, to be able to board that bus to Cookeville come December. It takes a belief in oneself and a commitment to fight for the man beside you.

The Commanders’ 2016 season ended in Jackson, Tennessee with a 42-14 loss to the University School of Jackson. The long bus ride home left the boys with a feeling they could not forget. The following Monday the work began to prepare for the historic season ahead. This Commander Squad was led by twelve seniors known as the “Dirty Dozen.” This group defined their leadership during their off-season preparation followed by their play on the field. 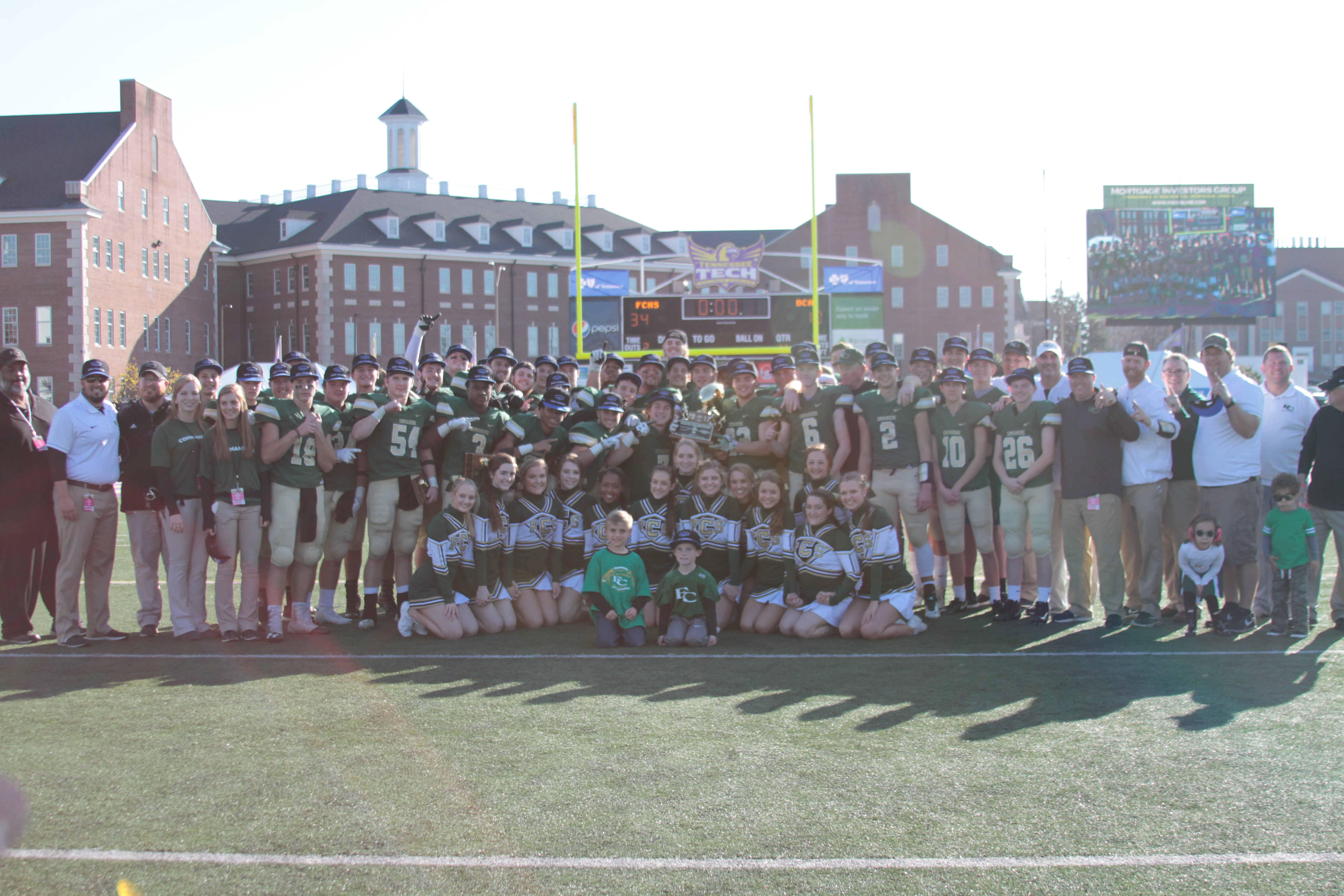 They genuinely love each other and that love and mutual respect for each other and the game was contagious. Stonewall Solutions, LLC, owned by retired Navy SEAL Jason Kuhn, came to the campus in July and put the team through three classroom hours of training followed by a full afternoon of “drills” designed to develop a selfless effort and relentless desire to succeed. After the telephone polls were hoisted, the tractor tires flipped and the water training was concluded, it was clear to see that this Commander squad believed that they had what it took to be Champs.

They began to define their roles with positive thoughts like Relentless Effort; Aggressive Action; Everything Earned; Thrive on Adversity, and It Pays to be a Winner. 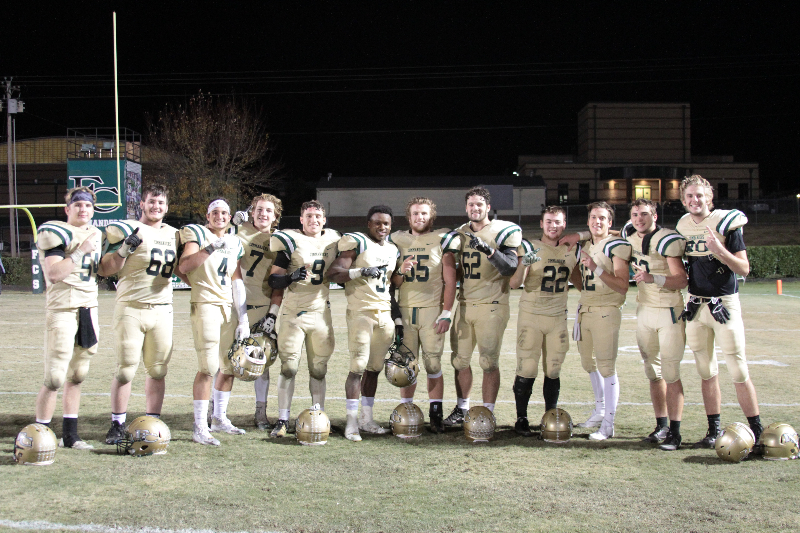 After a come from behind win on the Creekbank in Trousdale County in week two and another come from behind win at DCA in week five, Commander fans became excited at the prospects of running the table. After trailing the entire semi-final game against Nashville Christian School, the resilient Commanders imposed their will in a dramatic finish, punching their ticket to the championship game. The 2017 Commanders will always be known for their perfect season. A season achieved because they worked together as a complete team. Every man stepped up and did his job for the betterment of the team – Teamwork makes the Dreamwork. They have etched their legacy on FCS football with a dream season, culminating by hoisting the coveted gold ball. They will not be soon forgotten. After all, “teams to remember play in December.”