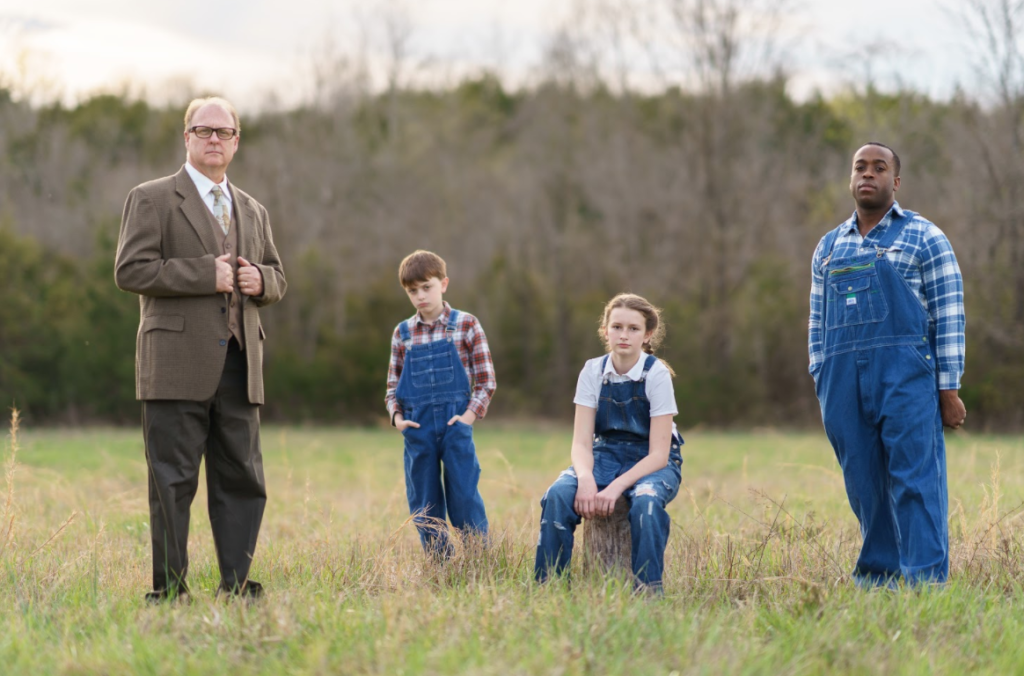 Watching a favorite play, book or movie come to life on stage can be a captivating experience that’s not easily forgotten. Now, residents can enjoy that right here in Wilson County thanks to Centerstage Theatre Company.

Created by Mitchell Vantrease and Brady Quisberg, the community theater gives locals a way to participate in and watch plays. Centerstage began its first season with “A Raisin in the Sun” in 2016, and they’ve performed others like “Steel Magnolia,” “Fences” and “The Odd Couple.”

Their next production is sure to be another that people won’t want to miss. They will perform “To Kill a Mockingbird” at Living Word Family Worship Center in Watertown May 12-14 and May 19-21.

Though published in 1960, this classic still rings true with audiences today — which is one of the reasons they decided to perform this play.

“The subject matter is still relevant,” says Vantrease, who will direct the play. “Set in the 1930s, you’d think that things had changed. Believe it or not, it hasn’t changed as much as people want to think.”

The storyline of a black man being wrongly convicted of raping a white woman especially hits home, with Lebanon’s Lawrence McKinney experiencing the same injustice. (McKinney spent more than three decades in jail but was cleared through DNA evidence and released in 2009.) So it seems fitting that Centerstage would dedicate their production of “To Kill a Mockingbird” to McKinney.

This production will feature their largest cast to date, including 20 local — and diverse — performers, says Marilyn Bryant, who is involved with marketing and outreach for the theatre.

“We want to keep the community and inclusive spirit of the company by putting on productions where the cast can represent many ethnicities and include real people who want to perform wherever possible,” Bryant says.

Their cast includes several who have never been on stage before, and people with any experience level are encouraged to join their group.

“For us, our goal is to make theater accessible for anyone. Most of our actors were first timers on stage, which is really fun,” says Quisberg, who enjoys mentoring them on the different aspects of acting and being in theater. “It’s a learning curve for everyone and a really fun process.”

Quisberg caught the acting bug while living in Arizona, which is how he met Vantrease. The two were both involved in theater while living out West.

Vantrease — a Watertown native — eventually moved back to Wilson County to be closer to family. And in interesting turn of events, so did Quisberg and his wife Samantha, who is the assistant director for their upcoming play.

Back in the same state, the two started looking for ways to get involved with a local theater. When they didn’t find one, they decided to create their own — and that’s how Centerstage was born.

This theater truly is a community project, relying on different residents for help with sets, props, costumes and rehearsal space, says Vantrease, who has even created a few shows of his own.

He encourages people to give theater a try if it’s something they’re interested in. “It’s not just on stage: You can help with costumes, effects or stage-managing,” Vantrease says. “There’s something for everybody.”

“We encourage community members to come out,” Vantrease says. “The arts are really important — not just to those who participate but also for people who watch.”

They will be offering acting workshops and seminars for community members, as well.

After “To Kill a Mockingbird,” they’re excited to produce “Charlottee’s Web” — which will be their first all-children’s production. They’re looking forward to getting more youth involved, Vantrease says.

Whether young or old, they hope everyone will come out to one of their plays.

“For a lot of members of the community, the first time they go to a live theater show is when they come to see us,” Quisberg says. “It’s neat to see a story they know told a little differently and in person.”

Tickets are $12 for students and seniors and $15 for adults. Like Centerstage Theatre Company on Facebook for more information, and visit Brownpapertickets.com for ticketing information.