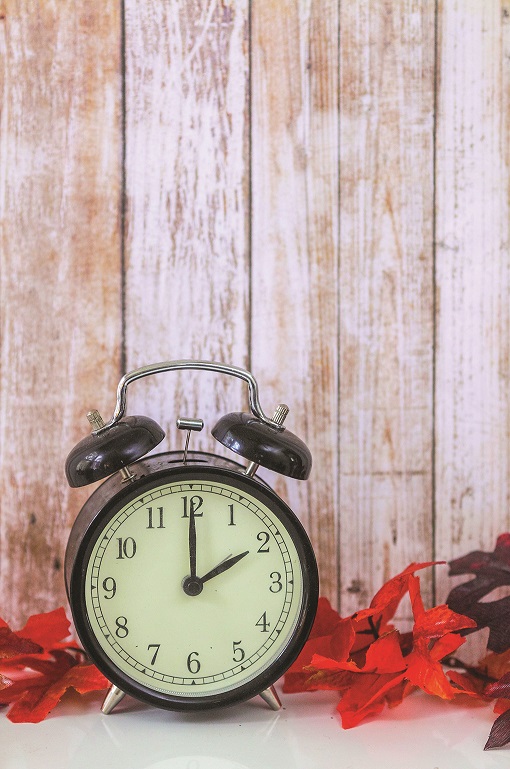 As we arrived home on Sunday, the car doors could not open fast enough, as one after the other, our children jumped out and then slammed the doors behind them.

Brody’s alarm clock went off at the crack of dawn for church. For years I have begged him to buy a new alarm clock but instead he insists on one he has had since his college days. The sound emanating from it is definitely old school – a cross between a fog horn and tornado siren.

We’ve been married over two decades now and the sound still unnerves me to my core. And yet, ironically, it doesn’t cause me move any faster.

About 9 or so, when Brody saw that Zoe and I were painting our nails with rollers still atop our heads, watching our shows and playing on our phones, he began sounding the alarm.

At 9:40 is when he started honking the car horn.

Which in the history of marriage, let me tell you, does not make any wife move faster.

“Daddy says he is leaving both of you,” he parroted with a look of utter defeat as we girls pushed past him, barefoot with freshly painted nails, looking for open toed shoes that would not mess up our pedicures.

“Stop, you have to go back, nobody has a phone!”

In the recent history of the Kane family, this has NEVER happened. But Sunday was an oddity. The kids had both had their phones taken up the night before when they decided a wrestling match was the way in which to determine whose turn it was to put up the laundry. Brody’s phone was on the counter charging and because I was so rushed, mine was still in my robe pocket.

“I’m not going back. We’ll just have to talk to each other.”

Church was fine. And then we went to lunch.

At first we spoke to a few people we ran into at the restaurant, then we talked to each other, and then the waitress, and then each other again. And that went on for what felt like an eternity… until someone offended someone, which led to immediate retaliation, which led to more offensive remarks and at the end of the phone free lunch… no one was speaking to anyone.

So as they slammed their respective doors and marched into the house, I looked at Brody, “This is your fault. If you would just buy an alarm with a more soothing tone…birds chirping, instrumental music, the sounds of waves crashing…I’d definitely choose to move a lot faster in the morning.”