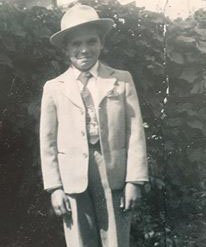 There’s an episode of “The Golden Girls” where Sophia befriends a man on the boardwalk in the Miami town the show takes place. In a pivotal scene, her new friend becomes confused and frustrated. Later, Sophia learns that he has Alzheimer’s Disease. I remember watching this episode years ago and thinking how sad it was, but that’s it. I couldn’t relate. I didn’t get it. Now I do. 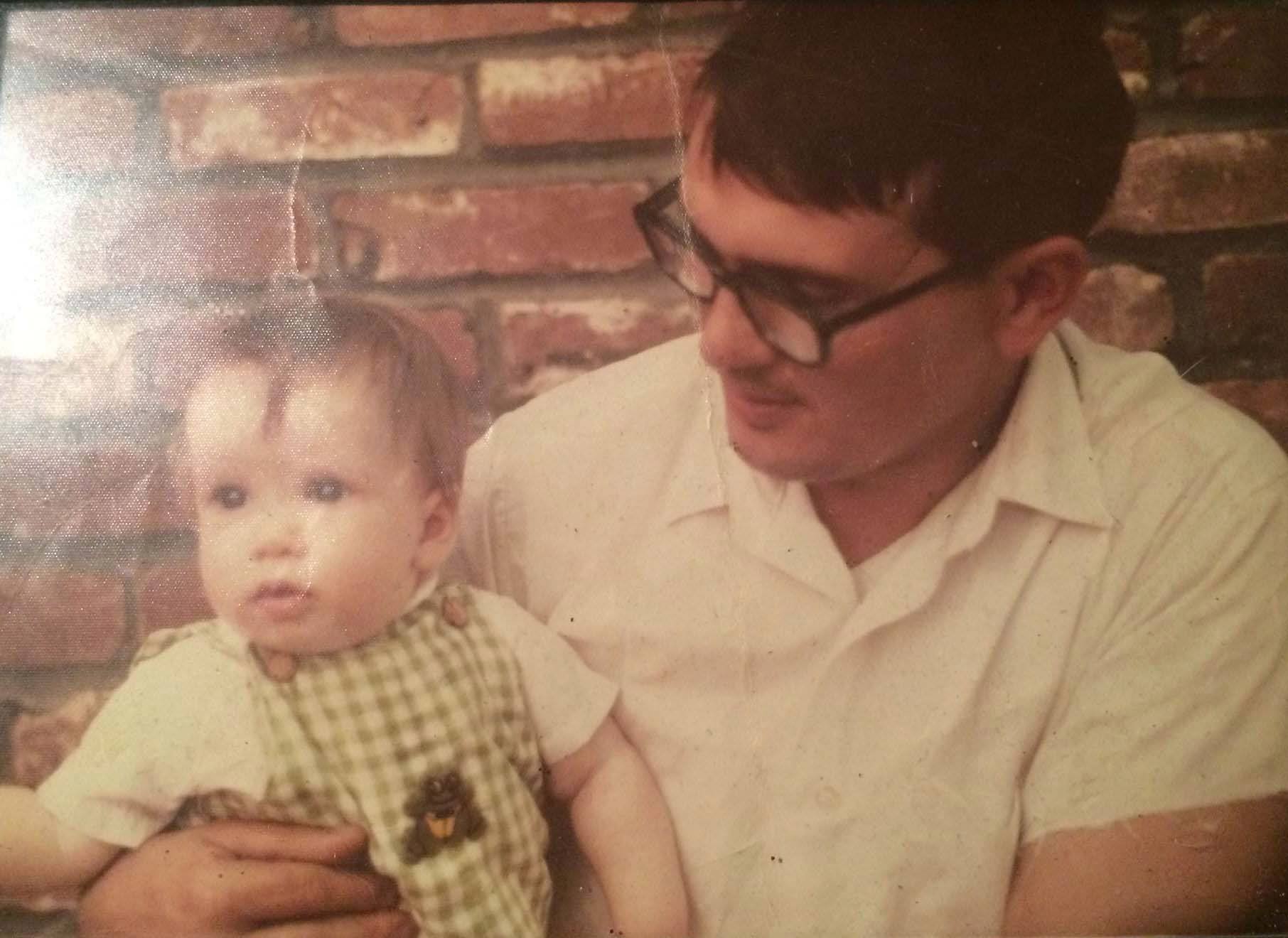 Above: My dad, Ralph and his favorite child; Becky. (C’mon! I had to add that!)

My dad has a great story. He was an Italian Yankee who moved down south to attend college on a football scholarship at Western Carolina University. That’s where he met my mom. “Italian Yankee” was my grandmother’s nickname for him. (Actually, the real nickname she had for him was inappropriate.)  She didn’t care for him when she met him for the first time. She hated him when he moved her only daughter and only grandson to Tennessee after he and mom graduated. That’s another story altogether.

In 2012, dad got the diagnosis. First, his specialist thought it was Lewy Body dementia. After more tests, they settled on vascular dementia. It didn’t matter what they called it. Each one shared the same sad ending. We knew life for all of us would never be the same.

The worst day was when he realized what was happening. “I think I know what’s wrong with me, but I don’t want to talk about it, ok?” So, we didn’t.

Most of the time he was perfectly fine. We would even think the doctors were wrong. Then he would tell a story about how he stopped a “stick up” in the Kroger parking lot at 3 am or give a detailed account of his trip to Hawaii the week before. Even going so far as trying to find the slides he took while visiting. Guys, he’s never been to Hawaii. He’s still fine. Most of the time he handles his normal with cool indifference.

Last week, dad fell at home. I was with him. In fact, he fell on the kitchen floor that I had just mopped. It was kind of my fault. For the few minutes it took to get him up, I must have told him “I’m so sorry” 100 times. I even started to cry. He finally said, “Stop it with the ‘sorrys!’ Help me get up! Why are you crying?! I’m the one that fell!” We went to the ER, and dad was fine. No broken bones. No stitches. Nothing.

If you have cared for anyone living with progressive dementia, you know that it’s the hiccups in daily routines that create the perfect environment for an incident. The incident results in your loved one traveling a little bit further down the rabbit hole.

Four days after the fall, dad called. I knew this tone of voice. He was nervous.

Dad- “I think I’ve hurt my neighbor’s feelings. We just passed each other, and he didn’t say anything.”
Me- “Why do you think you hurt his feelings?”
Dad- “We were talking at the morning coffee, and he kept talking over me. I think I said something like, ‘Jesus, do you ever shut up?!’”
A phrase, I must admit, I’ve wanted to say to my dad on a few occasions.
Me- “Do you think maybe you had a dream? Dreams can feel real sometimes. It happens to everyone.”
Dad- “You’ve had dreams where you’ve told my neighbor to ‘shut the hell up!’”?
Me- “No, I’ve had bad dreams that seemed very real. It bothers me even after waking up.”
Dad- “I don’t think this was a dream, Becky. I don’t ever want to hurt anyone’s feelings.”

I called his neighbor to check. He reassured me that nothing happened. He did tell me that dad had asked him the same question a couple of weeks ago. This sweet man, who has become one of dad’s closest friends, even stopped by later that day  to check on us.

The following morning, dad told me about the dream again. To him, it was real. He was adamant. I told him we talked to his neighbor and he said nothing happened. Dad’s facial expression went from confusion to sadness. Where he didn’t recognize the difference between a dream and reality, he did silently acknowledge that whatever has been taking pieces of him, isn’t finished. He let his head drop, defeated. Those are the heartbreaking moments.

Later, I was flipping through the channels and stopped on “Nik at Nite” where I caught the end of that episode of “The Golden Girls” I mentioned earlier. Sophia looks at her daughter Dorothy and says, “People think if you live to be my age, you should be grateful just to be alive. That’s not how it works. You need a reason to get up in the morning and sometimes when you find one; life can turn around and spit in your face.” Now I get what she meant.

It’s been one week since he fell and it’s the third morning in a row that he hasn’t mentioned the dream. He’s back to working out at the gym. He’s back to writing down everything he eats. He’s back to calling me ten times in the morning and night to make sure I’m not texting and driving. He’s back to telling me the dark lipstick I wear “looks like something a prostitute would wear.” He’s back to being a dad again. I’m so glad that’s something that is proving hard to forget. 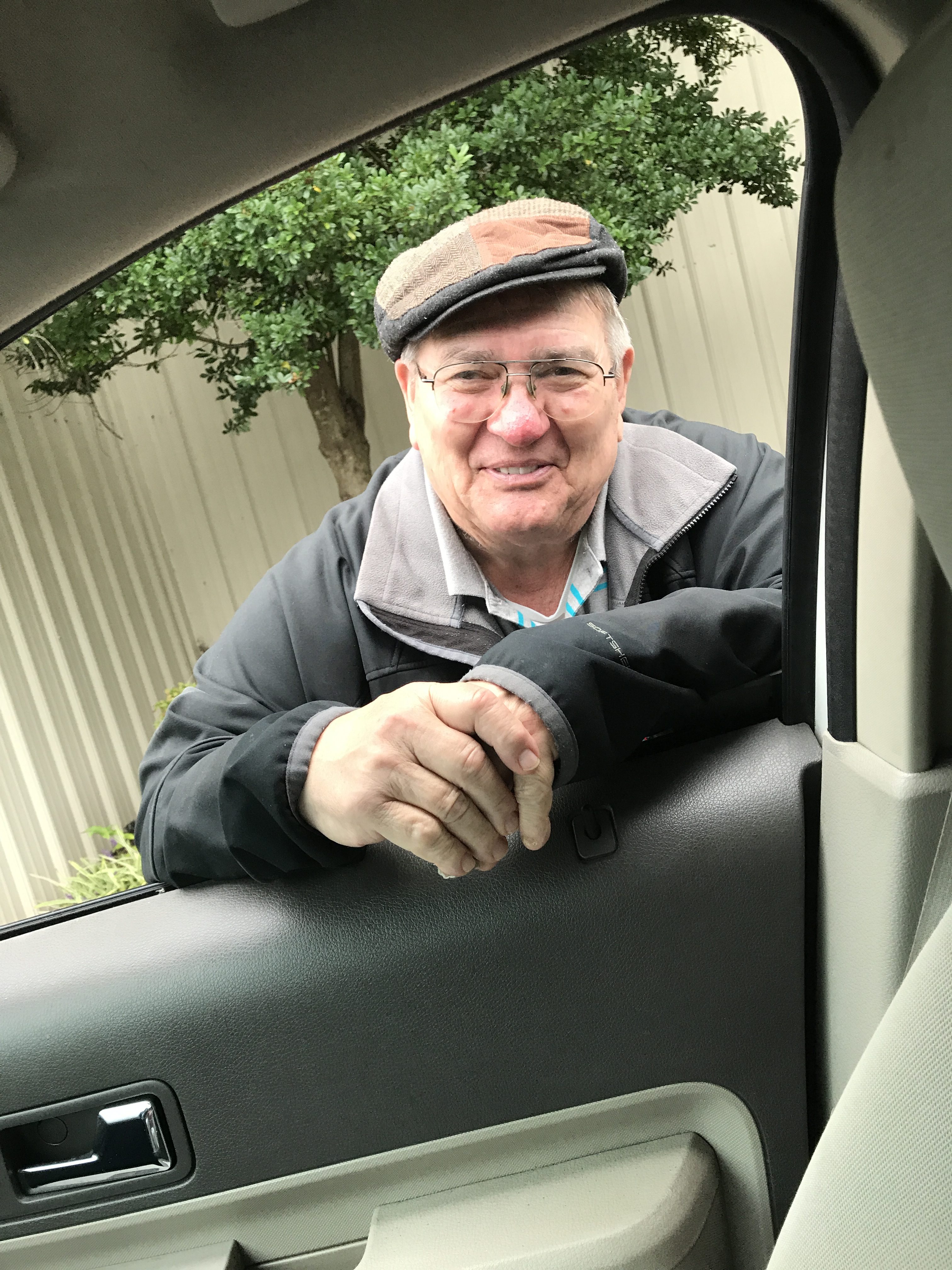 There’s my dad. He’s pretty cool. He knows it too.