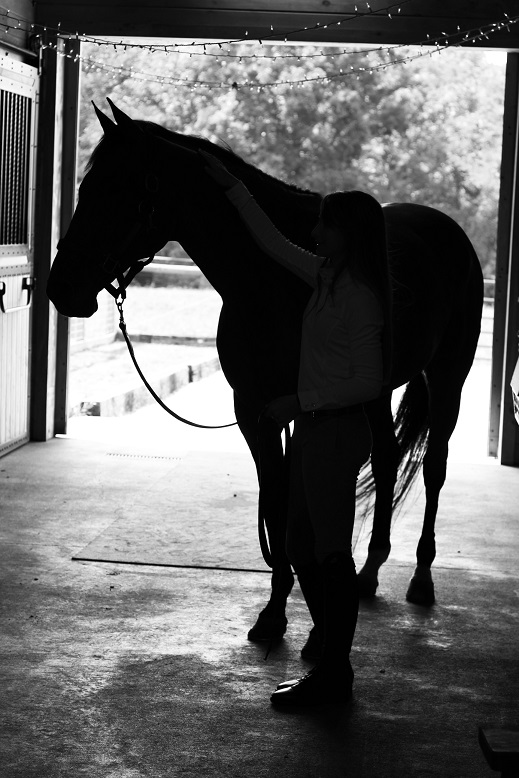 She’s the girl most likely to succeed in . . . well, just fill in the blank.

When 16-year-old Faith New sets her sights on a new skill set, you’d best not block her path. 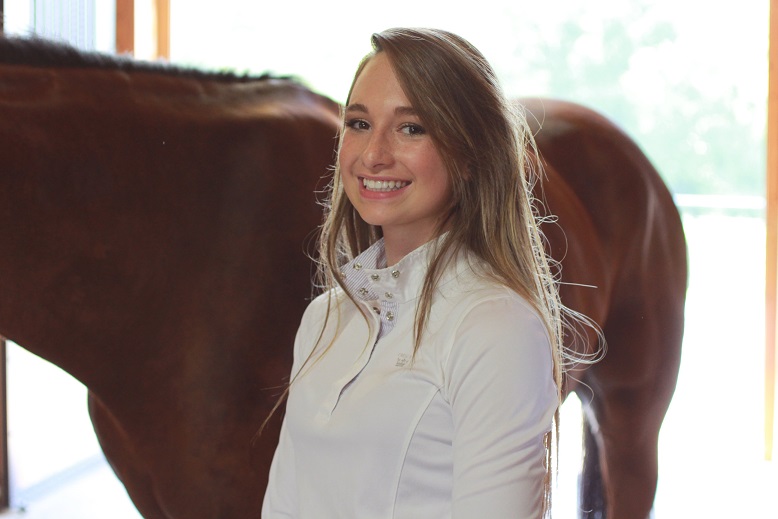 The home-schooled Mt. Juliet teenager proves a crucial member on her equestrian and competitive air-rifle teams, and, when it comes to individual pursuits, she shows her hand as a pretty fair guitarist, artist and deer hunter.

Besides the mentoring of her parents, Kevin and Christine New, Faith says she’s learned key life lessons while riding horses or sitting motionless up a tree in a deer stand.

“I think I get a lot more from horses than anything else. They’re the quiet friend, but I love the give and take,” said Faith. “They’re very peaceful animals, and my horse is very calm, and I can feed off of that. They’re a very good sounding partner.

“Every day I ride my horse, I train my horse. I want good things, positive things to come out, and you can see that through my horse.”

She specifically credits her mounts, Teddy and Bo, for teaching her patience and humility.

“If I’m angry or get overworked or overheated, I’ve learned to control it, so my horse can’t tell that he has anything over me… Horses have a mind of their own, and you sometimes can’t control them, and they’ll embarrass you in front of your trainer or other people, and you learn humility from that.” 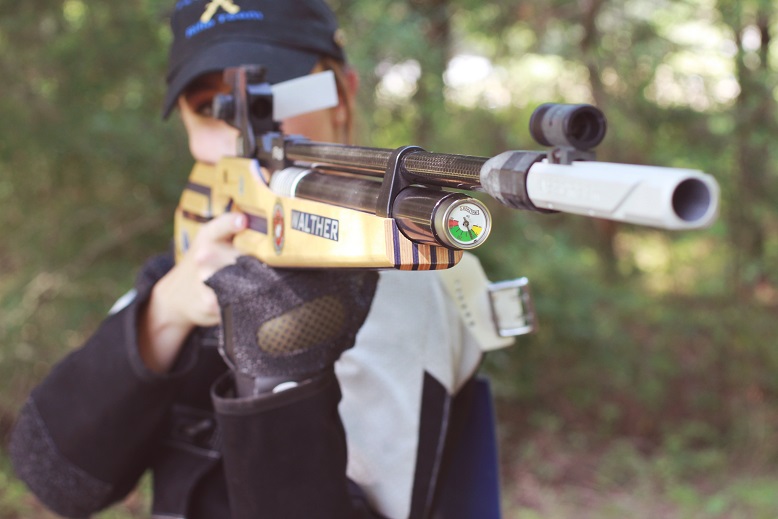 As for the long hours spent in a deer stand, she describes that experience, saying, “Out in the middle of the woods, it’s so quiet, and we’re listening for deer coming up on you. We’re out there four or five hours. It teaches lot of patience. A lot of good outcomes come from listening.”

Born in Hermitage, Faith has lived in Mt. Juliet since she was 7. She attended Mt. Juliet Christian Academy from kindergarten through the seventh grade, but her mother decided to teach her at home in the eighth grade.

“I love homeschooling. I think it’s amazing. The first year of home school was pretty hard, but the last couple have been pretty easy,” said the junior, who recently knocked out a year’s worth of math in two weeks.

Says her mom, “I’m barely the teacher. She does everything on her own. ‘Did you do your homework?’ She knows what she needs to get done and does it.

“I always said I’d never homeschool, but one day at the end of her seventh grade, it hit me that she would be able to spread her wings and do more of what she’s interested in. The same week she came to me and said she’d been thinking about homeschooling, so she could be free to practice her sports more.

“We knew being on her own to study would free up a lot of time if she was diligent in getting the required work completed. She is doing that and more. She is free after her regular studies to study astronomy, psychology, history and do more church activities and has time to learn business by working in her father’s company, which is what she wants to do for her career. She’s a very normal average kid who does what she loves,” said Christine. 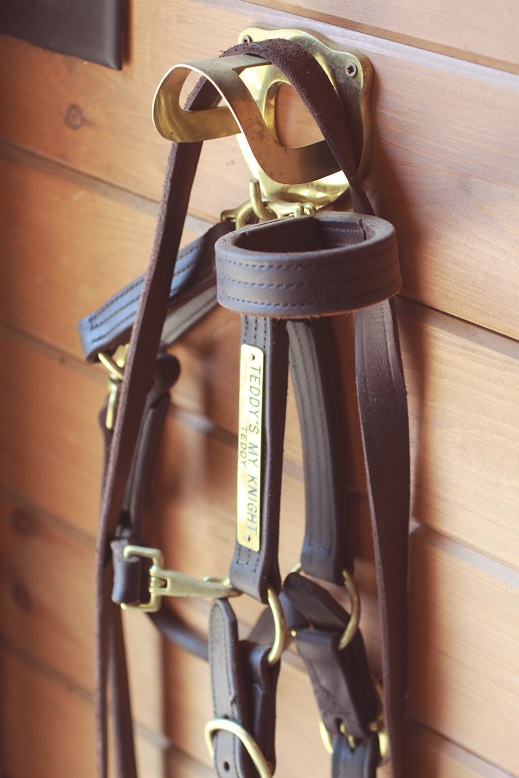 Faith’s affinity for horses had her begging for her own as a tot. At 7 she started taking riding lesson once a week, then twice a week, then three times. So her parents leased a horse. When she was 9, they bought her a 9-year-old quarter horse, Teddy.

With Teddy as her saddle partner, Faith began competing in dressage and then vaulting. She described the latter as “gymnastics on the back of a horse.” Nowadays, she participates in three-day eventing which encompasses cross-country jumping, dressage and stadium jumping. She competes in hunter-jumper events as a member of CF Topflight, an all-girl, high school team based in Murfreesboro that ranks first in the state and finished ninth at the Interscholastic Equestrian Association Nationals last April.

Faith placed in the Top 10 in the Southern regionals against riders from 11 states.

“The judges judge you on how well you look and how well you control the horse from the second you get on till you get off,” she said of the event. “We ride for about 10 minutes on equitation on the flat and about four minutes on jumping the horse.

“My teammates and I like to compete against each other, but we compete as a team. We are very supportive of each other,” said Faith.

She cares for Teddy at their Youngblood Stables outside of Lebanon, while Bo, the horse she mainly rides in competition, is boarded in Murfreesboro. Faith feeds and waters Teddy twice a day.

Faith said she can read horses like humans and that Teddy “has a stoic personality. He’ll do anything, but he won’t fuss.”

“She happens to have been blessed with owning two horses that have taken her to success over the last seven years. She’s put in blood, sweat and real tears.”

Faith also has put in long hours on the shooting range as a member of Mt. Juliet Christian Academy’s (MJCA) Shooting Saints, a competitive air-rifle team. 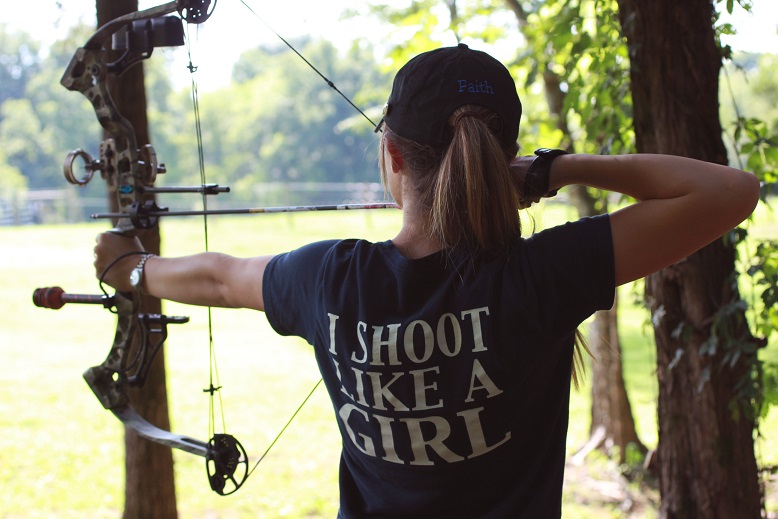 “I’ve put air rifle on hold going on my second month,” said Faith in early August. “Horse shows and air-rifle competition are held on weekends, so I had to choose. It’s hard to choose sometimes.”

Once the air-rifle season commences, the shooters practice pellet shooting twice a week at MJCA. During a match, each competitor will take 20 shots per position (standing, kneeling and prone) at a target 10 meters distance. A perfect score is 600. Faith’s best effort is 572.

“When we started three years ago, we were nothing. We practiced shooting in the attic of a bus barn in Mt. Juliet. We had to climb the ladder. We’re a very humble team,” she says of the squad that finished fourth in the state in last year’s Junior Olympics.

“I love being a member and seeing kids make the team. This is good for kids who may not fit in with other sports, and it makes them so happy. I enjoy seeing that,” said Faith, who sets the pace as team captain.

Shooting Saints coach Gibby Gibson said he selected her for that role “strictly because of the fact she exemplifies the attitude of a leader. If not from what she says, it’s from her actions.

“She’s a very gifted shooter, and she personifies the qualities it takes to excel in this sport. It’s just a matter of how far she wants to carry it. There are 416 colleges that offer scholarships in three-position, precision 10-meter Olympic air rifle shooting. Hopefully, that can come into play when she’s ready to go to college.” 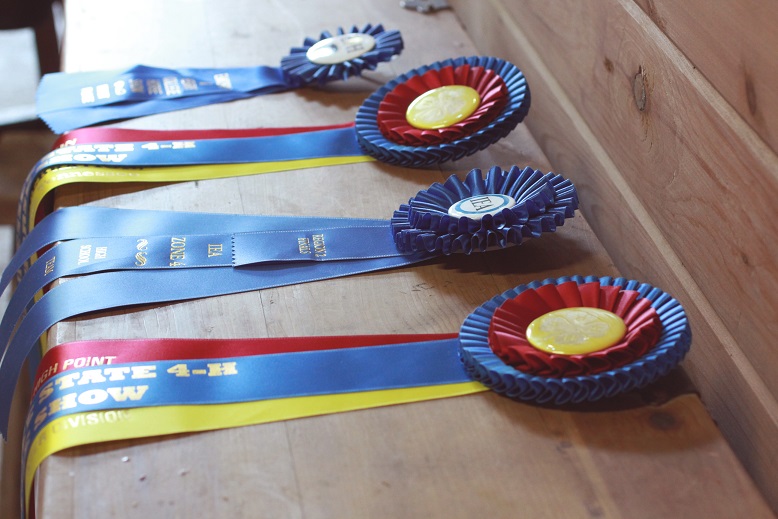 Shooting an air rifle comes second nature for Faith as her father began taking her into the woods when she was 5, and she began deer hunting at the age of 7. Nine years later, she has a dozen to her credit; she shot half of them with a rifle and half with a bow.

Faith’s father finds their time in the forest provides an ideal opportunity to share his values with his daughter. Their conversations have become more mature in nature since she left childhood.

“We’ve talked about hard work, picking your friends, being a good judge of character—life lessons in general. When they’re young you have a chance to bond with them together in the same tent and have all that time together with no outside influences,” he said. 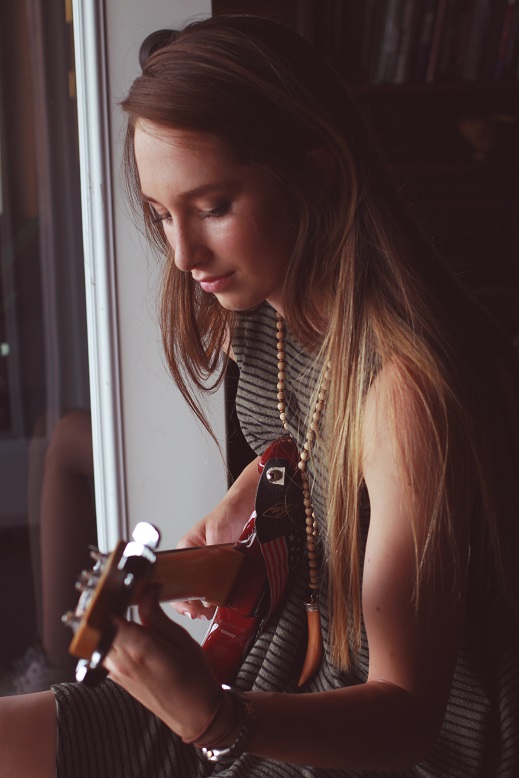 He also mentors her in the workplace as he runs his own business, Painter Ready, a national, commercial and industrial painting company, where he stresses the traits of honesty and hard work.

“I’m a big believer in that nothing comes from nothing. You’ve got to get out there and make it happen,” said Kevin, who had his daughter mopping floors at the time of the phone interview.

Asked to offer a few tips that might assist other dads in building stronger relationships with their youngsters, he shared, “It’s not always quality time but quantity time, but you need to be getting out and doing something with your children away from the TV and phone, building memories. And you need to give your child chores or jobs around the house, making them responsible.”
Faith is preparing herself to take the plunge one day and take the reins to her father’s company.

“I love business,” she said. “I think it would be amazing to carry on. Entrepreneurial is in my blood.”

Her mother added, “Honestly, she has such a big dream for herself to be an entrepreneur and a businesswoman. I cannot imagine anyone being able to tell her she can’t do it. She believes if you know how to run your life and run a business, then you have no limitations to your future unless you quit.”

As for Faith’s creative spirit, she proves to be a gifted artist and a fair guitar player. She began taking art lesson from Mt. Juliet’s Kathy Chester when she was 10. 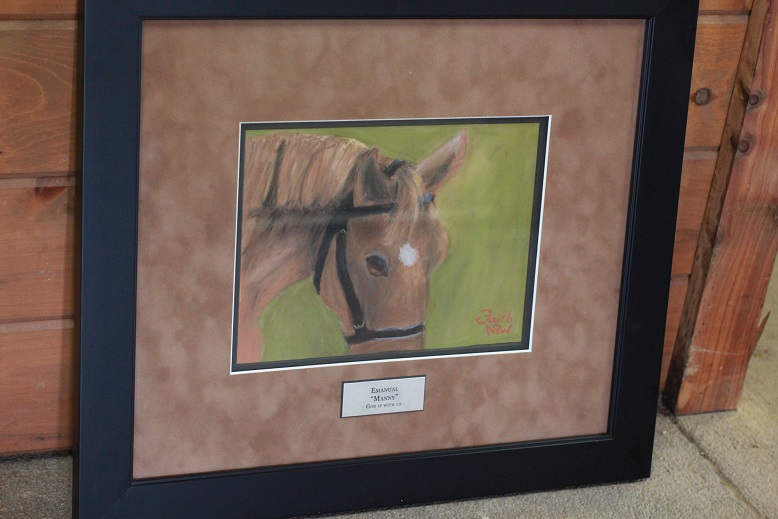 “Painting was my first way of expressing myself, creating something with purpose,” said Faith, who won first place in her category that first time she entered the Wilson County Fair. “I paint pastels mostly. I like to paint landscapes, anything outside, buildings, flowers. For the past several years, I’ve kept pen and ink in my console. If I see something, I’ll jot it down.”

Purchasing her first electric guitar five years ago, she enjoys performing with a band at Heritage Christian Academy’s annual home school talent shows and also plays occasionally in the church band at First Baptist Mt. Juliet. “I enjoy playing rhythm and lead. I don’t sing but write,” she said.

Her mother, whose favorite time with her offspring is trail riding, describes her personality, saying, “She avoids drama, never gossips and is friendly, loyal and outgoing. She enjoys winning people over that may feel like they’re lost in the crowd and bringing them out of their shell. She is respectful and hardworking, and when asked to help a friend, she is loyal. No matter where she goes, she treats everybody the same way.”

Of her various pursuits, Faith shared, “Friendship is the most important. I love to see people happy. Everybody has a purpose. I really enjoy seeing other people create and find their purpose. It definitely has changed how I look at things.”