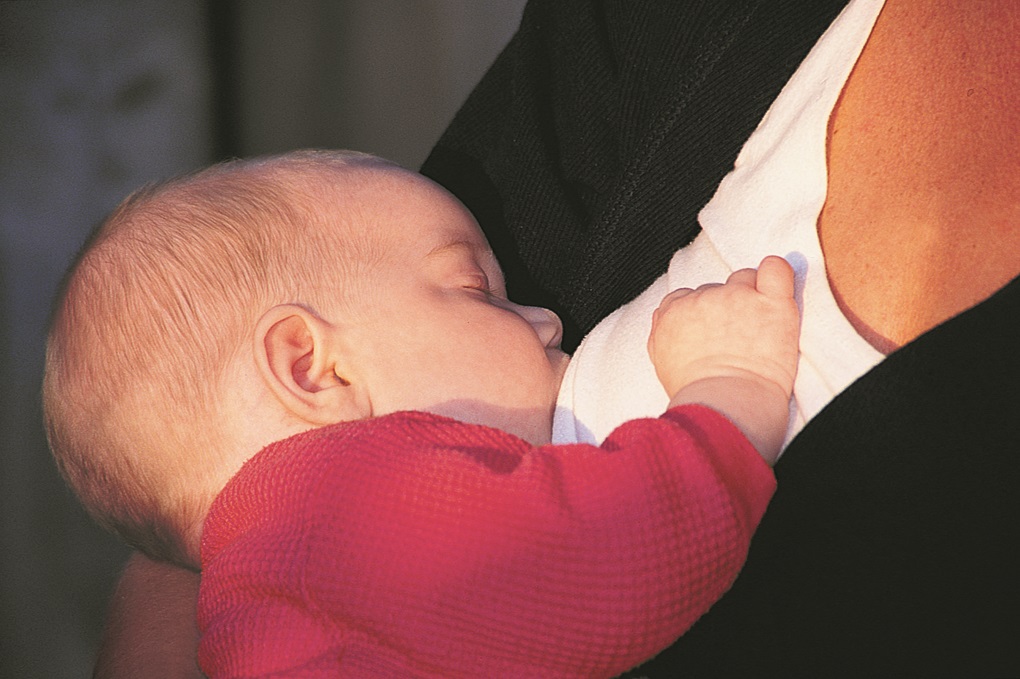 Besides religion, politics and sex there’s one more hot button issue that should be added to that list of taboo topics never to be discussed in mixed company. Not war. Not equal pay. Not even the latest shocking elimination on Dancing with the Stars. Nope, it’s breastfeeding. I understand that because this word actually includes part of the female anatomy some would argue it falls under the ‘sex’ category but trust me, it shouldn’t.

When my oldest child was born, I had every intention of doing things the ‘right’ way. No television, strict feeding and sleeping schedule, classical music piped in the nursery daily, cloth diapers and because all the books and medical research proved that breastfeeding would make my little genius even smarter and healthier, I would breastfeed for at least a year. After six months and 6 brand new razor sharp teeth emerged, I decided to quit.

A few weeks later I was out to lunch with a friend when a lady approached asking the standard questions, “How old is he? Is he crawling? Eating solids?” And out of left field, “Are you breastfeeding?” I explained that I did for ‘6 WHOLE MONTHS!’ With a disappointed look, she introduced herself as a member of La Leche and went on to explain how much smarter my child would have been had I continued to breastfeed.  Now because of my selfishness he would probably be overweight as an adult and struggle with low self-esteem. I was crippled with fear.

Shortly after this incident, my little guy was diagnosed with an ear infection. When my dad found out, he insisted that if I’d continued breastfeeding his grandson wouldn’t be sick.  He went on and on about how it was so good for the baby and how my mother enjoyed every minute of it and blah, blah, blah.  When my mother explained to him that unless you possess a uterus, you have ZERO credibility in this matter, he let it go.

Four years later my youngest joined the family. I decided that nothing would stop me from breastfeeding for at least a year. I was going to prove to myself, La Leche and everyone else that I could be a weapon of mass lactation. As most of you know, when that second or third child comes along your ‘plans’ change. Two weeks after he was born, I stopped breastfeeding.

For the next 3 months, when we were out at the grocery or any public place I was prepared for strangers to ask a question whose answer would reveal my status as an unfit mother.

At his next well baby visit my pediatrician went over all the usual items; weight, length, where he ranked compared to other babies, etc. Then she asked if he was taking a bottle or breast. That was it! I don’t care how many degrees she had, she wasn’t going to bully me into feeling bad.

“No, I’m not breastfeeding. It’s not for me. And, yes I know that this means he won’t be as smart as his peers. What is so wrong with being average? My mom breastfeed all 6 of my brothers and sisters for 2 years and my younger brother never finished college.  And so what if he’s overweight as an adult, who isn’t in America? Not that it’s any of your business, but I can bond just as well by feeding him a bottle. He coos just as much as his big brother did at this age. I also know I’d probably lose all this baby weight faster, whatever! I am so sick of people asking me about this. I’d feel more comfortable telling you who I was going to vote for in the next presidential election.”

The doctor made a quick note in the chart, looked up with a smile and said, “So… Who ARE you voting for?”

Comments about anything besides Politics, religion, sex or breastfeeding? Email Becky at becky@wilsonlivingmagazine.com