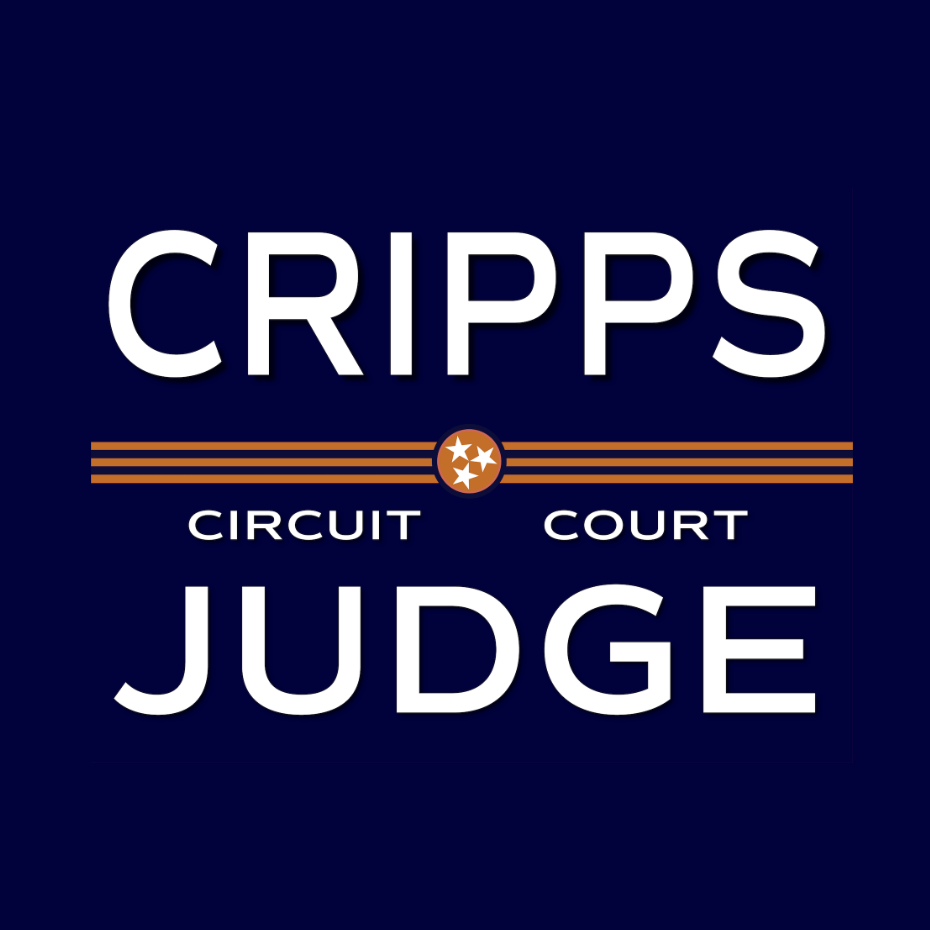 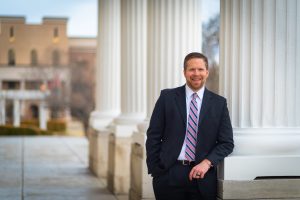 Javin Cripps was the first to announce his commitment to run for Judge Wootten’s seat upon his retirement in early January.  And since that day has relentlessly worked to earn the vote of the citizens in Wilson, Trousdale, Smith, Macon and Jackson county – the counties that make up the 15th Judicial District.

Earning each and every vote by getting out and meeting the people of the community has been priority number one in the Cripps household. On any given day, you’ll find a squad of people knocking on doors, handing out flyers, wearing Cripps For Judge t-shirts and espousing all the reasons Javin Cripps would make a good Judge.

Those working hard not only include Assistant District Attorney Javin Cripps but also his wife Melanie Cripps, a local Smith County Chiropractor, as well as Javin’s daughters Addie and Anna and the family pet, German Shepard Gus. 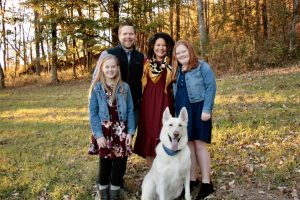 “It’s a family affair for sure,” notes Cripps. “I love getting out there and meeting folks and telling them about my background and what qualities I’d bring to the bench. What  I love the most though is that my girls are with me when I’m doing all this. I want them to know that if you work hard and put in an honest day’s work, you can accomplish anything you put your mind to.”

Javin Cripps certainly has the experience for the job having served the citizens of the 15th Judicial District as an Assistant District Attorney for more than 13 years and before that was an attorney in private practice handling civil cases – everything from divorces to business litigation to worker’s compensation and social security cases.

“I had the privilege of practicing in front of Judge Wootten and understand all the different perspectives of a courtroom. As an Assistant District Attorney I’ve had to make some very tough decisions. I’ve met with the victims of crimes and their families, and I’ve been involved in jury trials and non-jury trials. I’ve made decisions in over 10,000 cases in the last five years alone.”

Cripps believes one of the biggest problems our community is facing is drug addiction.

“I’ve seen it first hand as an Assistant District Attorney in the 15th Judicial District because with my job I work in all 5 of our counties. All our counties are a little different, some being more rural than others, each having different economies, some having more crime than others, but in all, drugs are our biggest problem. The court dockets are jam packed with drug cases. Drugs impact our criminal court as well as our civil, domestic courts. Knowing this first hand, I’ve met with the Sheriff in every county as well as all of our local Judges, trying to determine, if elected, how best we can all work together to help solve our growing problem. My kids are 12 and 10, their mother and I were raised in this community, our families are here, this is where we are going to raise our girls and hope one day they choose to make this area their home. I’ve got a vested interest in making sure my girls are safe and that your children are safe too. It’s why I left private practice to join the District Attorney’s Office and why I’m now seeking the office of Circuit Court Judge. I want to help my community.”

And preserving and protecting his community is something Cripps holds dear to his heart.

Cripps grew up on the family cattle farm between Smith and Wilson County and worked every day on that farm when not in school. During summer breaks he’d join his father, a general contractor, at work. Thereafter, Cripps continued to work 30 to 40 hours a week, in construction, while earning his undergraduate degree at MTSU. He went on to earn his contractor and plumbing licenses before entering law school.

While in law school at University of Memphis, he interned for the Shelby County Public Defender’s Office and returned home to Middle Tennessee to start his career. First working with a well-established private practice handing civil matters and later joining the District Attorney’s Office prosecuting crimes within the 15th Judicial District.

“I have built relationships with the people in my community and with the legal and law enforcement communities in every county in the district. Over the years, I have prosecuted every type of case from speeding tickets to first degree murder. Justice has always been my goal. I know when to prosecute a case but at the same time will work with a defense counsel, to hear the accused’s side of the story. Justice is not just about throwing people in jail but also about preserving and protecting our constitution and the rights of all citizens to a fair and impartial legal system.”

This Court, however, is not the Criminal Court. It’s a Circuit Court that handles quite a bit of civil work such as divorces and termination of parenting rights as well as criminal cases, so it’s important whoever is elected has a good understanding of both areas of the law.

On the domestic front, Javin notes that “not only have I handled divorces for other people, but I’ve experienced a divorce first hand. I’m proud to say the mother of my children and I work very well co-parenting our two amazing girls. We share custody and so I know first hand what many of the people are going through who will be coming before this Court. Part of the job of a circuit court judge is to help families navigate the process of becoming co-parents, and I having experienced that process as an attorney and as a father.  I can bring a level of understanding and insight that families who go through this difficult transition often need.

This is a big job but I’ve got the experience as well as the energy to make some positive changes in our community as the next Circuit Court Judge. I’ve been privileged to work for this community as an attorney for many years and I’d be honored if this community would elect me to take over where Judge Wootten left off.

All I can do is work hard day in and day out to earn your vote. I took a leave of absence in January from my job because I’m committed to getting out there and meeting our citizens. I want to answer their questions, I want to show them I’m relentless and hard working and if elected will bring this same passion, energy and tenacity to our Circuit Court.”

To learn more about Javin Cripps go to

This is an advertorial paid for by the Committee To Elect Javin Cripps Circuit Court Judge, Madeline Jennings, Treasurer.