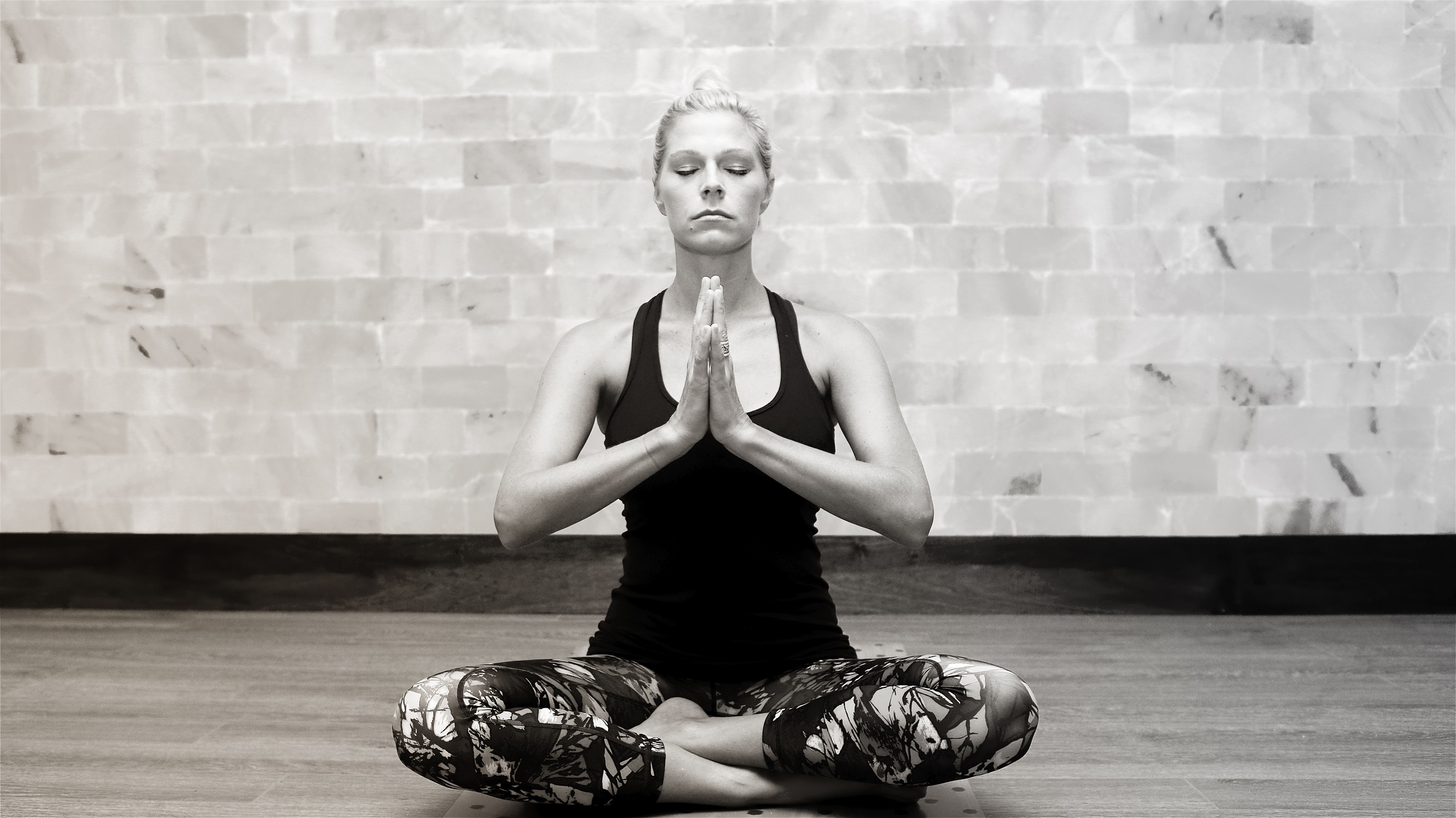 You might detect a bit of a Louisiana twang in her accent. Though born in that grooving hot-melt state, Shari Arnold spent her growing years in “Hotlanta” and ended up in Tennessee 11 years ago.

No, she’s not a rebel, but an intensely independent woman who has brought a unique, European respite, healing aspect to the heart of Mt. Juliet. It’s not like anything found anywhere around.

“Well, we know there’s an East Coast and a West Coast, and now Nashville is dubbed the ‘Third Coast,’” said Shari Arnold, who is a single businesswoman, and mom to Maggie, 10, and Jack Ryman (yes, after the auditorium), age 9.

She targeted ‘Third Coast Nashville’, and went a little east to Mt. Juliet to open a happening, emerging business that beckons those who want to be in the loop with an emerging therapy that is hot in Europe and on the cusp here in the states. 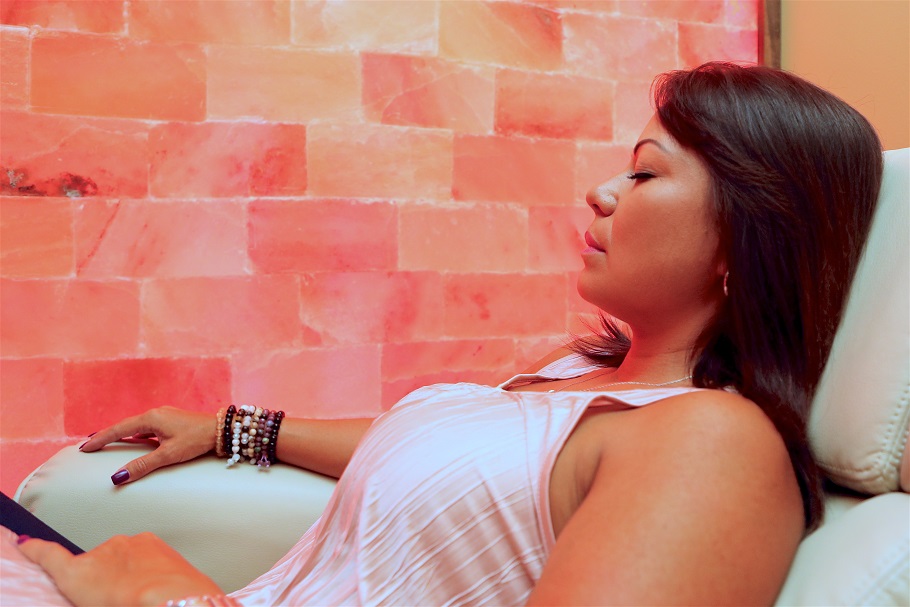 Just say she’s one of the first to offer this service here.  It’s the “best, hippest coast out here! Discover the benefits of salt therapy,” Arnold enthused.

The technique has been used thousands of years in Europe and the Middle East. Rather than ingesting salt, spa patrons relax in rooms made of it and breathe in misty, salty vapors to clear their lungs and purify their skin.

All come out of a sessions espousing the virtues of the treatment and how much better they feel; mentally and physically.

“Breathing in salt can help cure a lot of modern ailments that come from pollution and stress,” said Matt Walsh, co-owner of Salt Sanctuary in Johnson City, New York. “It is especially good for helping chronic respiratory illnesses like asthma, allergies and bronchitis.”

And for people not suffering from allergies, it’s simply relaxing and meditative, said Arnold.

She said visitors can experience the ultimate in mind, body, and soul cleansing, while relaxing in comfy leather lounge chairs.

Arnold’s history; southern girl in California and back

The journey to a holistic salt therapy business in Mt. Juliet began when Shari spent almost a decade in Los Angeles in the film and television industry. 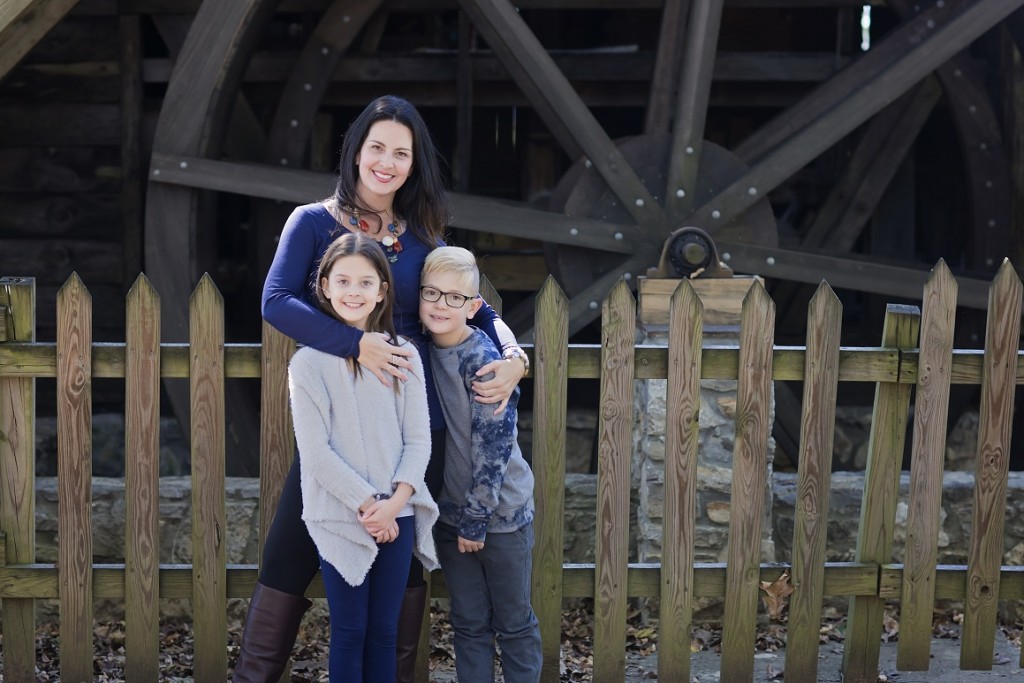 “I would say I was trained in my craft, a member of the Screen Actor’s Guild,” she said. “I love comedy and was cast in anything I could get a role. I survived the major strike and then was told if I didn’t get into the Reality TV aspect I had no work. That true actors didn’t have a chance. That was predicted to last ten years.”

She eventually made her way to Nashville and got a job at Gaylord Entertainment (Opryland). Her job was in their training and development department. This was 11 years ago.  She’s since had her children.

“They are my everything, my whole focal point, they are incredible people,” she said.

Soon she got a job as Lifestyles Director at Del Webb in Mt. Juliet. She loved it. She left last summer. She started with 200 residents and ended with 2,000. She created programs, built relationships, and secured the brand.

“I knew I did what I was supposed to do,” she said. “I knew my work was done, I had perfected everything. It was my time to move on.”

Because health and nutrition were her calling, Arnold went back to school with a “hunger for knowledge.”

She joined a prestigious institute and attained a degree in Integrated Nutrition. She graduated in March 2016.

“I learned a lot,” she said. “It really was for selfish reasons, I wanted to learn about better health and nutrition from a very credible school.”

She resigned her job at Del Webb to pursue further education in the health field and ended up a certified health coach from a prestigious program, besides becoming a state board aesthetician.

It was the springboard to Third Coast Salt.

“No way,” said Arnold. “Many people could say that. I simply wanted to do what I wanted to do. I wanted to heal and care for people. And be on the cusp of the health industry.”

For years, Arnold wanted to have a day spa. But she didn’t think Mt. Juliet was ready for it. So she segued to a place where residents “could heal, relax and heal themselves.”

She rented several suites in the Smoothie King (former bank building on N. Mt. Juliet Road) to offer salt therapy for young and adults. She shares the suites with like-minded businesses, such as two aestheticians, a chiropractor and professional hair stylists.

She explains her Salt Therapy 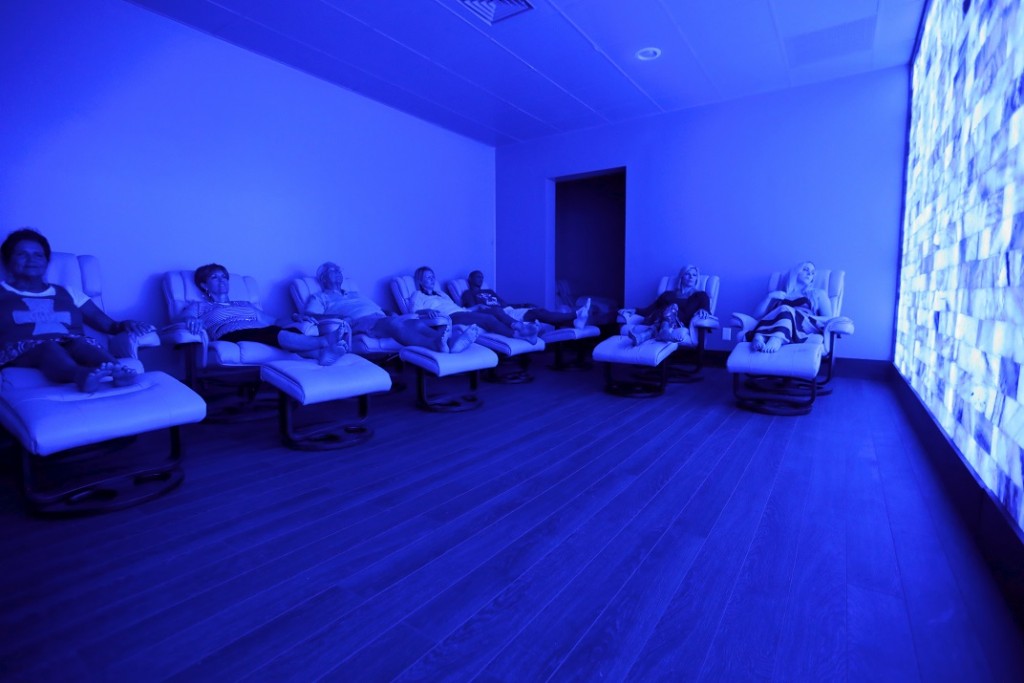 “We are all familiar with salt therapy, whether it’s exfoliation scrubs, smelling salts and more,” she said. “They are good for our veins, we use saline salt in our eyes, we gargle salt, spoon it in our bath, we use Epsom salt. Salt is restorative. Rejuvenating.”

At Third Coast Salt, Arnold has two halogenerators that heat pharmaceutical grade salt, then grind it and disperse into the air. She has both youth and adult rooms for therapy.

The therapy helps the lungs and people with respiratory problems such as allergies, asthma, bronchitis, COPD and other illnesses. But, she stresses it’s meditative and helpful for healthy people eager to renew and restore and meditate.

“You know how you feel when you go to the beach,” she said. “You think it’s the sand and wind, but really it’s the salt from the sea in the air.”

Her “adult” room is 400 square feet with a huge “wow” wall of salt blocks in their natural shape. They set the mood and she can change the color when asked. There are ten leather recliners and plush blankets and reflective music for meditation. All electronics are off, people can read or meditate. It’s a 40-minute session. 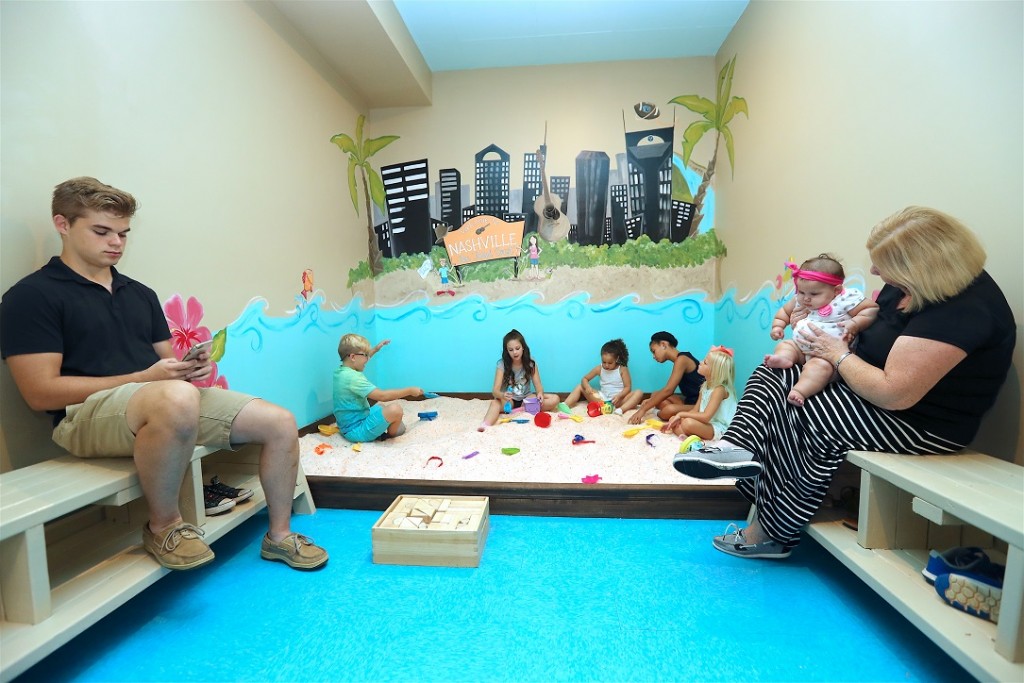 There’s also a youth room where children can get therapy with a parent to supervise (free of charge).

“It’s a totally different atmosphere with upbeat music and a salt box for them to play,” Arnold said.

Whitney Simpson is an advocate for the therapy.  Her son Drew was struggling with allergies. He had a long undiagnosed nut allergy.

“This therapy helped with the pressure and pain,” Simpson said.

The grand opening was Aug. 7, when Arnold had an open house and tour, plus gave attendees free smoothies.

Arnold’s dream is for salt therapy to catch on and she hopes to open multiple salt facilities. She’ll soon have a retail element with salt lamps, scrubs and more.

“I’m excited to touch the lives of people,” she said. “I want to touch the heart and soul and make people feel better. This excites me. I’m so grateful and thankful to tell the community about salt therapy.”

Cost is $30 per session, or you can purchase a monthly membership. For the youth room it’s $30 per child and a parent escorts free. Mention Wilson Living during the month of September and purchase one session at full price to get 50% savings on your second visit!

For more information, go to www.thirdcoastsalt.com