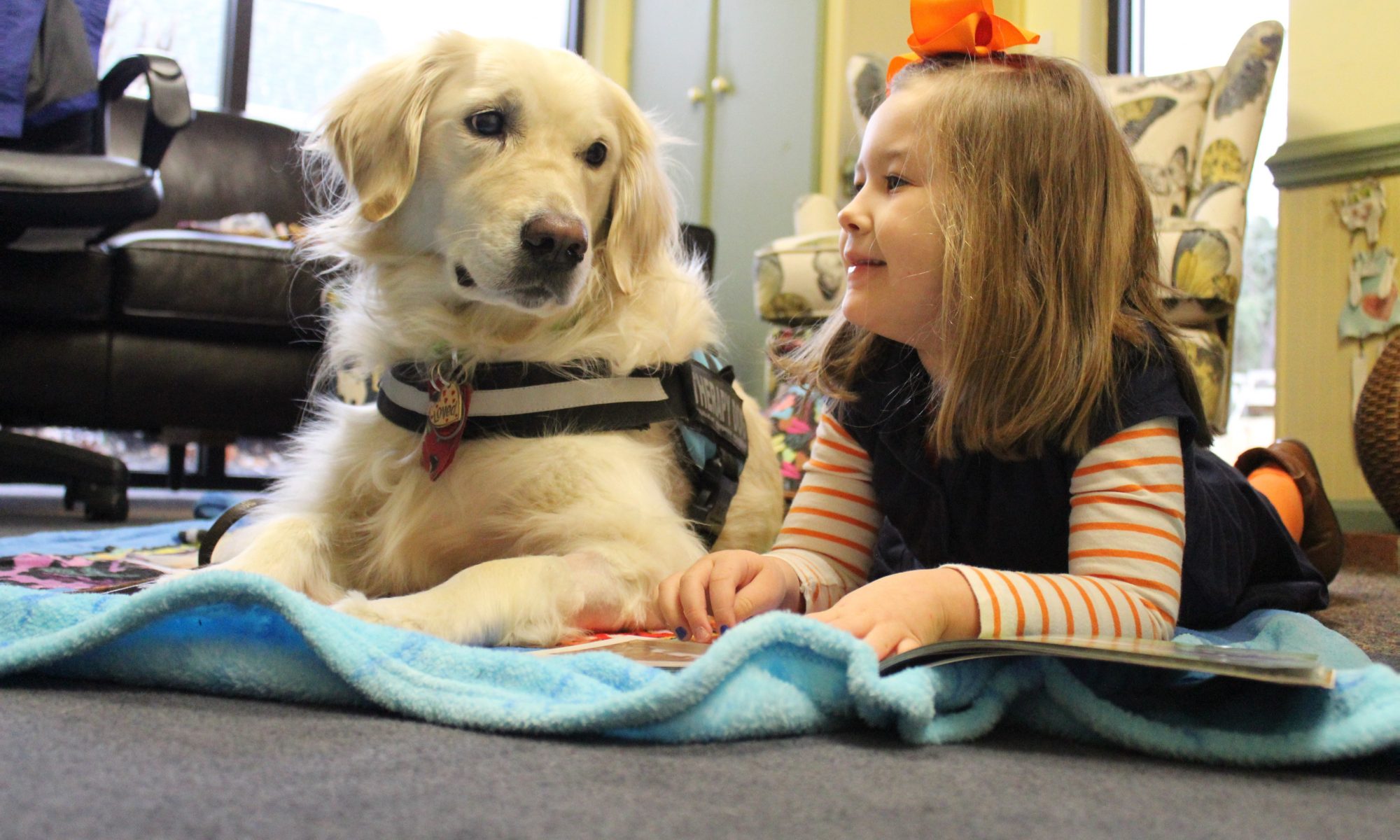 Therapy dog and her owner give back to young readers

As a Registered Nurse Alison Keenan spent her career caring for others; however, she found herself on the other side of the lab coat in 2015. Keenan was diagnosed with terminal blood cancer.

Recovery from a bone marrow transplant was difficult. Keenan spent one month in the hospital and three months homebound. She shared that her dog got her through the hard times.

Keenan made a vow that somehow she would use her experience to help others. “I thought, ‘There has got to be something I can do to give back,’” she recalled. “I was given this second chance.”

Keenan found her calling in a dog named, Piper.

Keenan, who moved to Wilson County from Wisconsin, had owned several dogs during her life, but Piper, a Golden Retriever, was special. “When I started training her, I envisioned more of a service dog. I had a total knee replacement and needed her for balance. A service dog is trained to be devoted to only you, but Piper was so engaging that it wasn’t fair to her,” Keenan said. “I pulled her out and into a therapy dog program and she blossomed.”

Both Keenan and Piper went through extensive training with Intermountain Therapy Animals and one of its registered programs, R.E.A.Ding Paws.

“The first program was six weeks but it also entailed eight hours of class for me as a trainer. You can teach a dog to do anything. You have to teach the trainer how to train,” she said. After that, the dynamic duo had to pass an exam with other handlers in various scenarios. Because Piper is trained to offer support everywhere from classrooms to nursing homes, she had to become familiar with those environments.

“When we passed, we became registered and supported by an insurance program. We are insured as a team,” Keenan added. “We have been tested and proven we can meet the requirements of going out into the public.”

When the family moved to Tennessee, they were eager to integrate themselves into the community. Piper spends many days visiting the elderly at McKendree Village in Hermitage and veterans struggling with PTSD (Post Traumatic Stress Disorder). Still, children are her forte.

Keenan realized Piper’s interest in children early on. “When she would hear kids in a commercial on television she would wake up and try to find those kids. It became really clear to me that she loves children. She wants to play with them. She isn’t afraid of them,” she said.

Keenan reached out to the Lebanon Wilson Public Library about their unique services through Reading Paws. The Reading Paws program launch in 1999 helps struggling readers by having them read to the therapy animal.

“I reached out and let them know we would like to come once a week. This was something that hadn’t been done there,” she said.

Two young children from the private school next door, Cedars Preparatory Academy, came every Thursday to read with Piper. They didn’t miss a session for months. Their mother introduced Keenan to Cedars Prep teacher Brittany Sewell. Sewell helped arrange for Piper to visit the school beginning in 2019.

Currently, Piper visits Cedars Prep on Monday mornings. Prior to her visits she follows protocol including, but not limited to, bathing and having her teeth brushed so she is shiny and clean for reading time.

The maximum a therapy dog can perform duties in these situations is two hours. Otherwise, the animal can become stressed and tired.

Piper spends two hours weekly at Cedars, where she works with eight students. “We work a lot with teachers to identify who are the kids who need support and one-on-one motivation. The kids get to turn the tables a bit and be the teacher. They tell the dog what is going on in the book and their interpretation of the story,” Keenan said. “Children improve their reading skills in a unique and fun environment, free of performance pressure. That makes a huge difference for a child.”

The program is free of charge. Keenan simply wants to uphold her promise to give to others and support her community.

“I’ve seen the magic that happens when you take a child who is reluctant, afraid, or challenged in their reading ability and give them that consistency and support. I’ve seen that working with a dog becomes a success for them,” she said. “I was given this wonderful animal with a lot to share and it only seems right that I give back.”

Keenan has written Piper’s story in a children’s book, “Piper Finds Her Special.” It follows Piper from getting trained to become a Therapy Dog and how she discovers what makes her special. In the process, Piper and her family learn she only has one kidney but triumphantly overcomes health issues. The book is in its final stages of publishing and will be released in the spring.