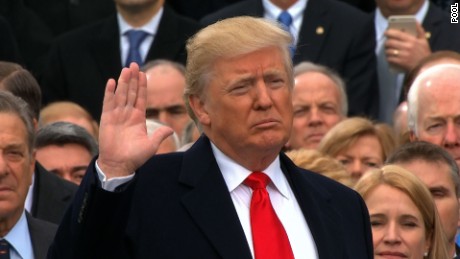 I turned the news off a couple of weeks ago. I couldn’t take the name calling, the whining, the back and forth. And that was just from my kids.

Seriously, the reason I turned the channel is an attempt at self-preservation. Since the beginning of the 2016 presidential election, I’ve wasted more than 456 hours worried about undisclosed tax returns, leaked classified emails, a wall, polls, and the percentage number of adults who feel their children’s generation will be worse off than they are (that number is 65% by the way). If I had a dime for every time I heard phrases like, “repeal abortion,” “more gun control” “less gun control,” “Christian right,” “bed-wetting liberal,” “socialist” or “healthcare reform,” I would have enough money to pay for my boys to attend the Ivy League colleges that the politicians telling us all of this stuff attended.

So, while all of this is going on everyone is worried. I’m worried, you’re worried, my cat’s worried. Maybe for different reasons, or maybe we don’t even know the reason we are worried anymore. We just know that Hannity & Colmes, Maddow, the cast of Hamilton: The Musical (helluva show, by the way), Meryl Streep and Clint Eastwood are worried and they seem to be worried about the things we worry about so we should be worried, right? Because worry is so beneficial? Worry causes loss of sleep, premature aging, acne, fever blisters and weight gain. I’ve now morphed into a chunky 42-year-old who looks 60, with bloodshot eyes, teenage acne and lip herpes. Partly because of the election, partly because I’m an emotional eater.

I’m not saying I don’t care about the presidential election. I do. All presidents deserve respect. And our new president deserves just as much respect as he has shown our current president.

I want to be informed. I try to be informed, but the more informed I think I’m getting about our national government, the more uninformed I feel. So instead maybe I need to pay more attention to the lawmakers and elected officials who make decisions that affect my family daily.  Like the city and county leaders who make sure the roads I drive everyday are safe or the teachers who work overtime to prepare my kids academically or the public servants who enter an elected office to improve the community because they LIVE IN THE COMMUNITY.

It bothers me when politicians bring God into their campaigning. Before getting your feathers ruffled, let me explain. I love God. I pray and I’m trusting in Him. I love when people share their faith. However, I have a very hard time trusting anyone who uses the platform of religion as a qualification for understanding and interpreting the government for me. I wonder if God has looked down and exasperated says things like, “I never said that!” or “I said, ‘more fun patrol, not gun control,’ you morons.” Or “Judging is my job!”

On Friday while you might be celebrating, another person might be mourning. Either way, be kind. We live with each other. Moving forward maybe we can listen a little more, talk a little less and go back to offending each other by sharing spoilers about the newest episode of The Walking Dead.