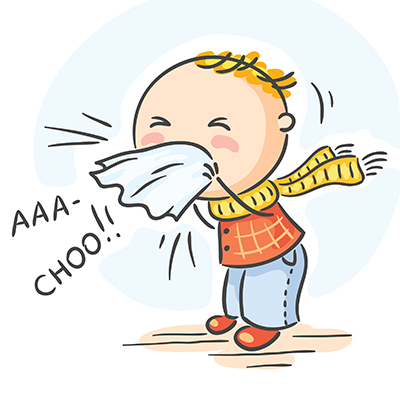 So the flu has hit the Kane household.

Like many we know, our youngest was diagnosed with Type A influenza. And given all the dire news reports, of course, we were worried.

Thankfully, my husband was able to take him to the doctor before it got very bad and came home with three boxes of Tamiflu.

Three boxes??? There are four of us that live in the Kane household.

“They wouldn’t give me one for you”, he said.

“What are you talking about? They are supposed to give the whole family Tamiflu if one member is sick. That’s what Becky’s doctor did!” I beseeched.

“I don’t know what to tell you. He wouldn’t give me any for you. Zoe and I were with Neill at the appointment so we each got a prescription.”

And with that, I watched as the three other Kanes each took their pills.

“Well, each of you give me some of yours. There is enough to go around.” I said.

“That’s illegal. You’ll have go get your own.” he said as he finished his water.

Mind you, my husband, had had the doctor test him and he was negative for the flu!

So all weekend, as my youngest has puttered around the house with a blanket around his shoulders and a pitiful look upon his face, the other two Kanes have been popping their pills….just in case…they maybe….possibly …..become infected.

To say the weekend has been strained would be an understatement.

I don’t get mad about a lot of things. But I’m thinking not sharing your Tamiflu when someone in the house has the flu might just be grounds for divorce! In fact, its right up there with using my shampoo to wash the dog or driving my car and changing the seat settings.

Not to mention, for some reason, those on Tamiflu have declared that they can’t help care for our flu victim, because they don’t want to get sick.

“The doctor told us to stay away from him.”

Apparently, because I didn’t have the luxury of seeing the doctor, somehow that meant I was the only one able to tend to the sickly child. So all weekend I’ve been tending to my youngest’s every whim, which has consisted of homemade cookies, take-out from Sake and endless hours of watching “Shark-Tank” with him.

Apparently his Type-A flu has made him hungrier and more inventive!

So on Sunday, as I’m writing this, I’m now sitting at my desk, blanket around my shoulders, slight headache and obvious fever.

“You need to go to the doctor. If you start the Tamiflu right at the beginning it won’t be as bad.” says Mr. Nurse Nightingale.

I refuse to look up as I continue to type.

Visions of using his toothbrush, coughing on his keys, breathing on his phone float through my mind.

“And don’t go writing that I didn’t try to help you. We each had to take our own prescription. There was none to spare. This isn’t our fault. You are quite capable of going to the doctor. Blah, blah, blah…”

Not sharing their Tamiflu is going to be the least of their problems.