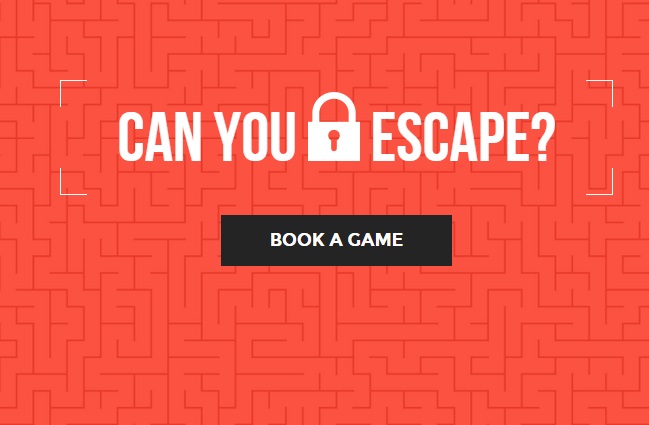 For several years we’ve been blessed to be friends with a fun group of people. We’ve traveled together, celebrated birthdays together and spent countless hours together at various children’s functions,

But as life gets busier and busier, our get togethers have become less frequent.

A few weeks back however, we got the old group back together to try a new adventure called Escape Nashville.

The concept seemed to be a good one. We had not seen each other in weeks and this place seemed like something right up our ally.

You lock 10 people in a room, give them clues and together they try solve the riddle that finally leads them to a key which unlocks the door.

Problem 1. The concept is such a good one that most everyone is signing up, so the only slot available for our group began at midnight. Not a good idea for folks whose definition of adventure is staying up to watch the first half of Saturday Night Live. By 11 pm, our after dinner small talk became incoherent mutterings about how sleepy we all were.

Problem 2. When we got there, we found that Escape Nashville was run by a group of young, hip 22 year olds. Their job was to take our money and mock anyone over 30 who dared to come out to play the “game.” And rightfully so, since it was now past midnight and we should have all been home asleep!

Problem 3. The hipsters watch the players with surveillance cameras from outside the locked room. They are not to interact with the players unless players ask for a clue. I’m assuming that for a small fee we can buy back our video so it doesn’t show up on Youtube one day.

Problem 4. The game began! The doors were locked and four out of the nine of us just wanted to go home.

Problem 5. The other five were game lovers. You know the type: love Trivial Pursuit, won’t let you get up from a game of Monopoly until they win, blurt out answers before the contestants on Jeopardy hit their buzzer.

Problem 6. Escape Nashville should be called Lord of the Flies Is Alive and Well in Nashville. The groups soon became divided into the “I want to go home, this game is silly, I’m tired” group vs. the “get out of my way, don’t just sit there, look for a clue, if we lose I am blaming you” group.

It got downright nasty!

Problem 7. The 20 something’s wanted to go home because it was now almost 1 am and even they were tired! So even though we weren’t asking, they kept feeding us clues over the intercom.

Problem 8. We still lost. Miserably!! Four out of the nine of us didn’t care. The other five turned on us.

Problem 10.  Nine out of nine of us were not about to line up for the 22 year old hipster, holding up our bumper sticker, so he could take a photo for Facebook.