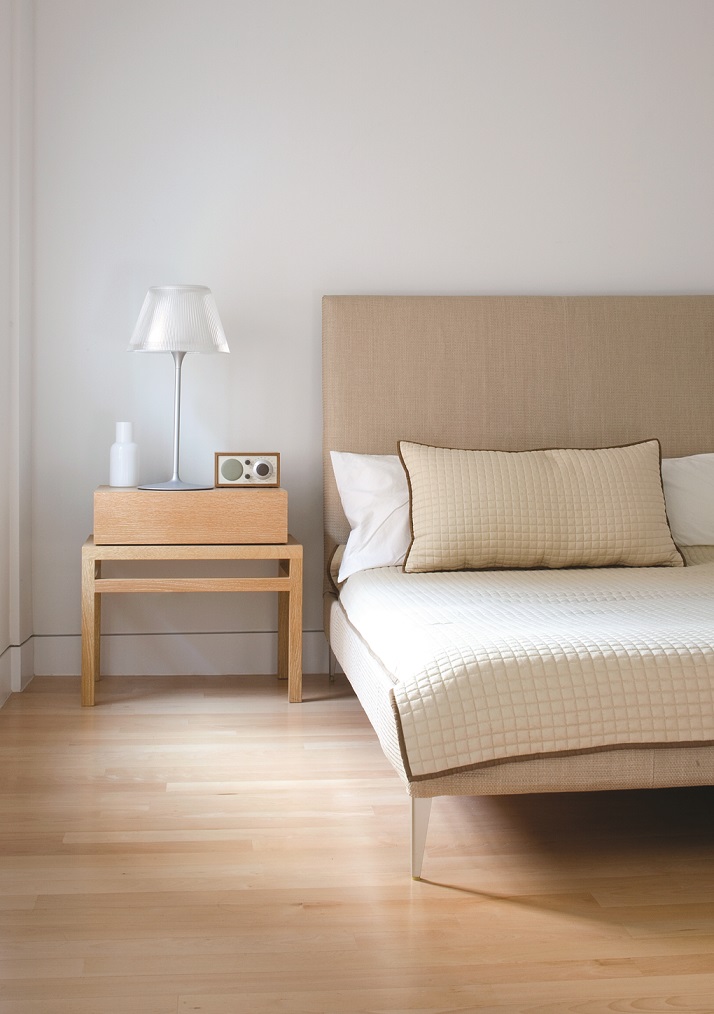 I have bed bugs.

Not a lot of them, apparently; just a few. The pest control guy I called in yesterday assured me of that. But in my brief experience, bed bugs are like garlic cloves in a wedding cake: one is all it takes to ruin everything.

It’s only been five nightmarish nights since the little clusters of insanely-itchy bite marks started appearing on my ankles, knees, and hips. Only five nights of waking up at one a.m. on the dot, scratching myself awake and realizing with horror: ‘that one feels new’. Only a couple of evenings where things got bad enough for me to take a bath, change clothes, move to the couch to finish the night.

But there’s something about this experience that haunts your waking hours. The concept of bed bugs, let’s face it, is creepy. It’s unsettling.

This is a foe that you can’t see. It literally hides out near your place of sleep, waits for you to get into really deep REM, and searches you out by tracking the CO2 you emit when you breathe. Then it finds you, numbs you, and takes some of your blood, and makes off with it before you know anything has happened.

My husband and I couldn’t figure out why I was the only one getting bitten—he’s been waking up completely untouched. We even briefly got online and did searches for pregnancy related rashes (that was a mistake; don’t Google that). But the rash theory just didn’t add up; it seemed so clear that I was getting just a few extra bites per night, and that all the hallmarks said ‘bedbug’.

So why were they leaving him alone?

The pest control guy finally cleared this up, in the creepiest way possible.

“They usually stay about 20 feet from their host,” he said, in the middle of explaining the procedure for killing them. “They like to be close to the feeding site.”

“Their host?” I said. My husband coughed and looked at me sympathetically.

“That’s you,” said the pest guy. “You’re the host. Bed bugs have a preferred person to feed on, and they’ll leave other people alone until there’s enough of them that they get hungry.”

There are unseen predators. You know they’re there. You know they know where you are (because they know your pheromones!?!), and furthermore, you know that they have marked you out specifically because your blood is the only thing that will satisfy them. Nope, not your husband’s blood… your blood.

It’s making me edgy, anxious. I wake up relieved that the night is over, tiptoeing around my house like Naomi Watts in The Ring. What was that? Did you feel that? Is that a piece of lint on the pillow, or is it THE THING THAT’S HUNTING ME?

Before he left last night, though, the kindly pest control guy did say a few comforting things.

“Honestly, I’d love to get your business,” he said. “But you really don’t have a bad problem here. There are some things you could do yourselves that would probably take care of them.” He hadn’t been able to get a visual on even one bug, and although he identified the bite marks and the other signs as positively indicating a bed bug presence, was sure there couldn’t be many.

“You probably just brought or two in yourselves,” he said. “Take any trips lately?” We’d just come back from a weekend trip to Louisville.

The rest of the evening found Justin and I making homemade CO2 traps (Justin was a good sport and tireless worker, considering the fact that he wasn’t the one with the targeted blood). I was in the kitchen, activating yeast and arranging these contraptions out of water bottles and straws and kitchen glasses (it felt a little like cooking meth). Justin was in the bedroom, making this kind of plastic sheet bedbug guard.  The plastic, over your mattresses, cut to within two inches of the floor, traps them in, and they can’t climb up the slick surface to get to you. The bed has to be pulled away from the walls because they’ll climb them if they have to. During these other projects, we were also putting all our bedding and a good bit of clothing through the dryer, per the bug man’s instructions (heat above 140 degrees kills them).

We came out feeling really proactive, almost like warriors. We were victors over the invisible world of the bedbug, navigators of the unnavigable. Last night, I didn’t wake up with new bites. I slept through and woke in my own bed, feeling safe again.  I like to imagine the bugs like the ones in those pest commercials, thwarted and fuming (and eventually dead, if the CO2 traps work). Where is she? We HAD her. We were getting regular meals again! Now what? She’s got some kind of force-field up there!

Now we just need to address the mole problem in the back yard.