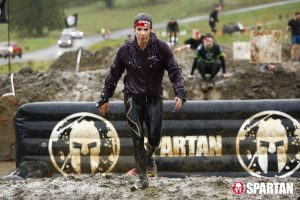 What a difference a few years make with a new direction and focus. Before I get ahead of myself, let me first give some background on my athletic development.

Growing up I always enjoyed running. It came naturally to me. Being the youngest of four, I would always try to find ways to get noticed. So, running was the way I stood out. The compliments didn’t hurt either.


I started running the one-mile race in first grade at Watertown Elementary. It was during this time that my P.E. teacher Mrs. Pat Nelson encouraged me to pursue running. I ran my first 5k with Mrs. Nelson in 3rd grade. In 7th and 8th grade I was able to run track while attending Franklin Road Christian in Murfreesboro TN. My track and field days were cut short when I transferred back to public school where there wasn’t a track program.
Fast forward many years later, after giving birth to two children, my desire to run and compete never went away. From a very young age, I always had a desire for competition. I’ve always loved the comradery of sports and the friendships made, but when I stepped on that field, track, or whatever it might be I was there to give it my all.
In 2010 my running progressed from 5k’s, 10k’s and half marathons. I finally decided to “go for it” and compete in a full marathon. 26.2 miles with just me and the road. That decision took me on a journey of a lot more miles and many, many sets of sneakers. My first marathon was the Disney 2010. That same year I ran the Country Music Marathon in Nashville, which many discouraged me against, but hey I needed to try it. From there I went on to run Chicago, Memphis, Huntsville, Birmingham (Boston qualifier), Cincinnati-Flying Pig, Bos-ton, Disney- Orlando (2nd Boston Qualifier).
Little did I realize that all of the running would prepare me for a race that changed me physically and mentally more than I ever expected. In September of 2017, I ran the Spartan race for the first time. I had no idea what to expect. I signed up for the competitive heat. Why? Did I mention that I’m competitive? I’m not sure how many burpees I did during that race. Needless to say, I didn’t win any prizes.
This race set me on my journey to figure out how to accomplish the obstacles I had never seen before. By 2018, I was ready to see how I had improved. It was better, but still so much to learn and especially how critical the judges were of the burpees and the correct form. I learned my lesson the hard way on my third spartan race after coming in 4th and getting penalized so much that I was disqualified from the race. That was a real awakening for me. First, I hated not getting credit for something that I worked hard for, and even more importantly I didn’t want to ever be accused of trying to cheat.
From that race forward I started trying to learn as much as I could about the sport, and about the rules. I was a sponge trying to soak it up from the Spartan veterans. So many friendships made through Spartan from that day forward. I ran my first clean race (no burpees) at the Milky Way Farm September 2018 and won first place female 30-39. Standing on that podium was an amazing feeling and I made it a goal to stand on that podium from now on. While I haven’t achieved that goal every race since the desire is there and even more importantly the knowledge that I have gained about myself and how to unlock the mental compartments that I had never even begun to tap into has simply amazed me.
The Spartan Race has given me a passion that I want to share with others. Our bodies are capable of so much more than we ever allow them to do. Seriously, the mind can either make or break us. Saying it and believing it and getting the right frame of mind is critical. Commit to it and then go for it, live by it and share the highs and lows of the success and failures, but be certain you can walk with your head held up, because you were all in, present in that moment.
Aroo! XOXO
Ginny