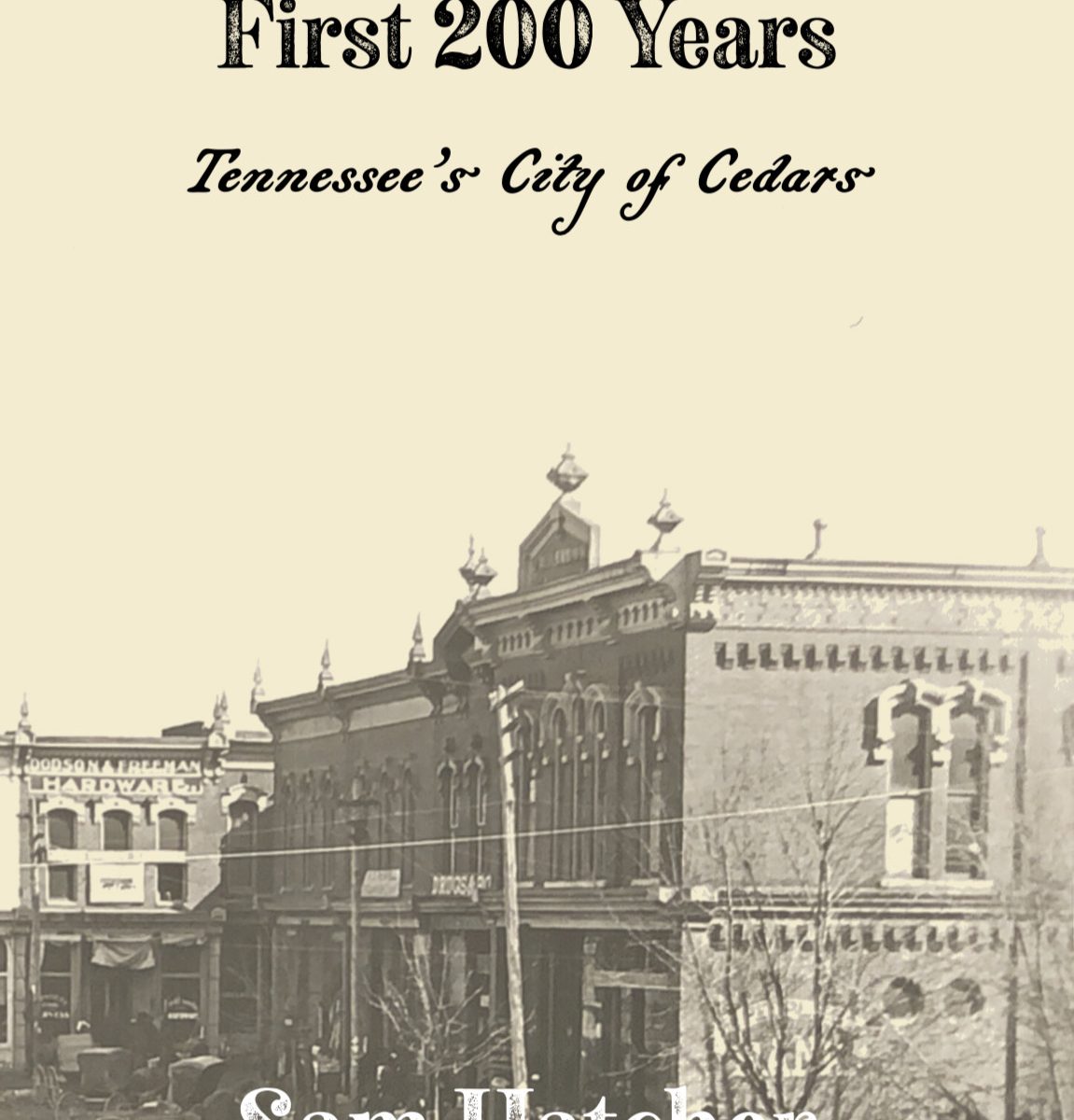 We don’t get as much snow as we once did.

Scores of former residents have had a significant influence on our nation’s government. One is regarded as the “father” of the United Nations.  And Lebanon has made its mark in the field of entertainment from an early spokesperson for a popular pancake mix to one of America’s most gifted songwriters.

These bits and pieces of Lebanon’s past can be found in a history that has been recently authored by Sam Hatcher and titled “Notes From Lebanon’s First 200 years.”

For several months, actually dating back to early spring, Hatcher, a former newspaper journalist, and Brandon Wagoner, a book publisher who lives in Lebanon, have been poking around records, looking through scrapbooks, making phone calls, and interviewing locals regarding Lebanon’s 200 years of history.

“It’s no secret of course that the City of Lebanon is celebrating its bicentennial this year and because of that Brandon and I believed it to be important to create a book to commemorate this very special event,” Hatcher said.

He explained that the book’s title, specifically the word “Notes” in the title, is used as “an apology of sorts because I’m not sure any history book is ever totally complete.

“We’ve tried for the better part of seven months to piece together as best we could the 200 years of Lebanon’s past.

“This has not been an easy chore for either of us,” Hatcher said in reference to Wagoner, who has authored a number of books and whose three-year-old company, Grassleaf Publishing, has published several works including children’s books and faith-based titles.

“I think many readers will be surprised to learn that one of the early representatives of Aunt Jemima Pancakes, Maude Woodfork, was from here; that the longest-serving U.S. Secretary of State, Cordell Hull, was educated here; and that the songwriter who pinned “Green, Green Grass of Home,” “He Stopped Loving Her Today,” and dozens of more classics, Curly Putman, made his home in Lebanon,” Hatcher offered.

A self-described “weather freak,” Hatcher said one of his personal favorite parts of the book deals with the weather.

Chapter Five of the book’s 11 chapters, “Weathering the Storms,” is a very thorough recall of significant weather events including a detailed graph that spans several pages noting dates of major local weather occurrences.

“We often hear that we don’t seem to get the winter snows as we once did and a graph Brandon labored over for several days spells this out clearly.

“Whether it’s global warming or some other cause, it’s evident that the deep snows experienced frequently in winters decades ago have been a rarity in recent times,” Hatcher pointed out.

Discussing the book’s content, Hatcher, who authored the popular “Heisman’s First Trophy” three years ago, said much of what’s in the history has been captured from other writings, reports by the community’s newspapers, individual interviews, records at Cumberland University, and other sources. He said there are a significant number of photos in the book, many of which have been in storage or not available for public display.

According to Wagoner, the book traces the development of industry and commerce; education, both public and private; healthcare; and other subjects.

He said one of the book’s final chapters is called Potpourri and addresses the World War II maneuvers, Gen. Robert Hatton, a Civil War battle in downtown Lebanon, and several other points of history that have had an impact on the community.

Both Hatcher and Wagoner reminded that “Notes from Lebanon’s First 200 Years” is strictly a history about Lebanon and shouldn’t be confused with matters, happenings or people outside of Lebanon.

“Notes From Lebanon’s First 200 Years,” will be available for purchase in early November. The book which sells for $20 per copy will be sold locally at the Lebanon-Wilson County Chamber of Commerce office on the Lebanon Square, at Gibbs Pharmacy on Baddour Parkway, Split Bean Roasting Company,  and at Gifts on Main on West Main Street.

Hatcher, who began a career in journalism after graduating from Castle Heights Military Academy, is a lifelong resident of Lebanon. He often tells that his great grandfather, J.J. Hatcher, was the City’s first electrician and was the one who turned on lights in Lebanon for the first time in the 1800s.

His book about Cumberland University’s game against Georgia Tech in 1916 in which Tech beat Cumberland 222-0, “Heisman’s First Trophy,” was published on the 100th anniversary of the game and has received national recognition by ESPN, several major metropolitan daily newspapers, National Public Radio, CBS, Sports Illustrated Magazine, and others.

He initiated Grassleaf Publishing some three years ago and has had the opportunity to publish several books including children’s books and titles that are faith-based. To learn more about Wagoner’s company visit Grassleafpublishing.com.