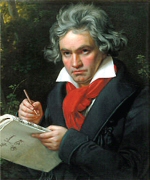 “It is a truth universally acknowledged, that a single man is in possession of a good fortune, must be in want of a wife.” –Jane Austen

Ah, the bachelor, a life of wavering singlehood free from the burdens of domestic doldrums, no hen-picking wife to plan out your free time or lay out your clothes, no passel of kids to monopolize your free time and money, no in-laws to please or family forced upon you … in other words, freedom!

“It’s not that I’m opposed to marriage as an institution,” explained German Knowles, a recent transplant to the Lebanon area from California and self-appointed, confirmed bachelor. “It’s great for people who want to get married and have that lifestyle. I’ve had long-term girlfriends and situations when I lived with a girlfriend for a long time, but when the word ‘marriage’ starts to become part of nearly every conversation and I feel pressured to do it or end the relationship, I feel backed into a corner – as if we can’t go on being happy and living well together without going through with the whole ‘big day’. Why can’t we just live together and be happy?”

There are some also very famous bachelors who continue to garner celebrity and curiosity by their continued singlehood: George

German said he doesn’t admire or look up to famous bachelors, but he also doesn’t agree with stereotypical ideas and snide quotes about men who haven’t married by a certain age. “I’m not saying I’ll never get married, but at this point I can’t see that happening,” he remarked, tapping the tabletop and noticeably taking notice of a lovely young lady passing nearby. “Do I want to live alone all my life? No, not especially.

Have there been circumstances that have contributed to my ‘bachelorhood’? Sure. I tend to put family first, which has also been a hindrance to some women in my relationships – it’s why I’m back in Tennessee now. And who knows, I could find the woman I’m meant to marry here. It could happen. But in the meantime, I know how to cook very well, I enjoy quiet nights with a bit of wine and good conversation, and I like kids … that sounded like a personals ad.”

And with a slow, deliberate smile, German added, “When does this issue come out again?”