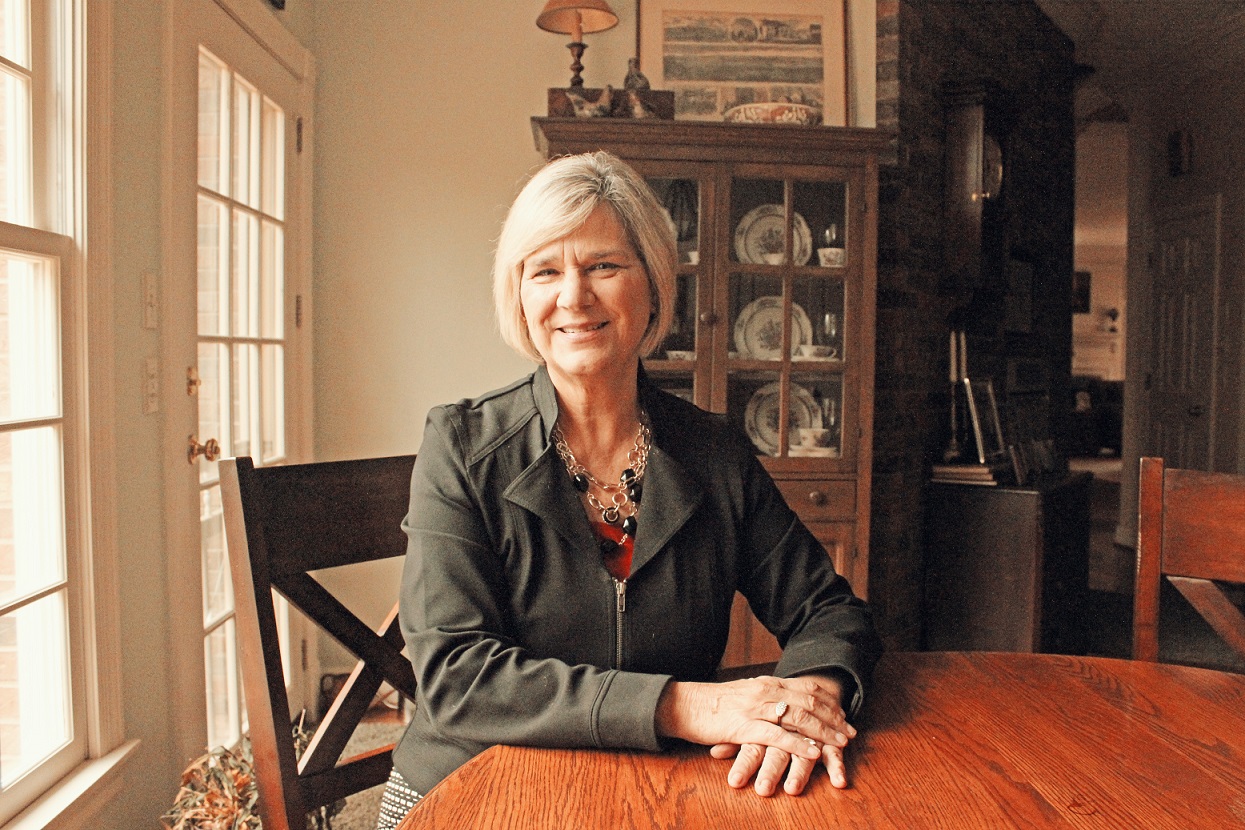 Who knew that when I would visit the home of my college best friend and roommate, Nancy Weeks Wong, I would be coming to the place I have called home my entire adult life? Who knew when I would come to Mt. Juliet for AGR summer rush parties at Moss Brothers Seed and Feed Store that I would watch Mt. Juliet grow into a booming suburban destination? Or that Hale Moss would be a friend for life?

Yes, I made many trips to Wilson County while in college, never knowing that this would be my forever home.

I grew up in Maryville, Tennessee, with loving parents and the best big brother. My parents taught my brother and me many important lessons growing up.  Dad instilled in us both a strong work ethic and a love of people… people from all walks of life. He could find out more about a person talking to them for five minutes than most people would ever know about them, and they were never offended by the genuine questions he asked. Mom gave us both a love of reading and the understanding that involvement in your community was just a part of being a good citizen.

When I graduated from Maryville High School (and, yes, they had a great football team even then), options were pretty limited for young women. If we went on to college, it was usually to study nursing or teaching. So I went to the University of Tennessee to find a husband—and made no bones about it.

When I first met my husband Bob, he was dating my best friend and roommate, Nancy. After they broke up and we started dating, it seemed to be awkward for everyone but the three of us (we all remained good friends). Bob and I never dated anyone else after our first date. I was close to graduating at this time, so I received a Bachelor of Arts with a French major, a minor in English, and a certificate to teach French.

There just so happened to be no French teaching jobs in the early 70s. Foreign languages were not required to graduate in those days.

So after we married in 1973, I worked for Bob’s father in his law office for a short while and then accepted a job with the Tennessee Historical Commission. I learned so much about Tennessee history and was able to travel across the state and meet many interesting people. I can clearly remember having iced tea on the back porch of Fairvue Plantation with Mrs. Ellen Wemyss. What stories she told!  Meanwhile Bob was attending Nashville School of Law (then the YMCA Night Law School) and working full time.

In 1977 Bob passed the bar and we settled into our “forever” life. Our first daughter, Susan, was born in 1979, and I was fortunate enough to be able to spend her preschool years at home with her and her little sister, Rebecca, born in 1983.

Bob and I became very involved with church, community activities and our children’s schools from the beginning. I look back today at some of my old calendars and wonder how I juggled all those meetings!

In the early 1980s my husband’s practice began to handle more real estate transactions and I began searching real estate titles. This soon led to freelance work for other law firms as well. Time spent in the courthouse just added to my knowledge of Wilson County, and I continued searching titles for 13 years.

While visiting my hometown one weekend, I read an article about Leadership Blount, a community leadership program in its third year. I thought, “Hmmm, that would be good for Wilson County. I sure would like to participate in something like that.”

At the same time that I was having these thoughts, the Lebanon pastor Gerald Noffsinger,  was meeting with Sue Vanatta at the chamber and asking her if there was a leadership program in Wilson County.

“No,” she said, “but it’s something we want to do. Do you know anyone who could head it up?”

“I think I know just the person…” Gerald said. He was thinking of me.

Not long after that, Sue, Gerald, Mike Baker, Jere McCulloch and I gathered at Meacham’s to discuss the beginning of Leadership Wilson.

This was in the spring of 1993, and the first class began in September that same year with me as the Executive Director and a participant at the same time.  The early days of Leadership Wilson were busy. I had a computer, but there were no emails, texts, or faxes. Everything we did was through phone calls and by mail.

I met the most wonderful people during this time, both as class members and as speakers for our program days. Bob still teases me that I have the best rolodex in town (and, yes, it’s still an old-fashioned rolodex). Jere McCulloch was the first to call me Mama Lucy and it seemed to stick. I still call the participants my babies. [Former Wilson Sheriff] Terry Ashe still calls me Mama Duck, from when I would try to keep up with both my adult and youth classes as we toured the Wilson County jail every year.

As my parents aged, I ended my title searching but continued with Leadership Wilson, both adult and youth programs, until 2007. That year, my daughters were grown and were planning weddings two months apart in two different states. I knew this time only came around once, and I wanted to be able to enjoy the wedding planning with them.

Our girls grew up with these strong marriage models and knew what a good marriage looked like. They both chose husbands who had seen marriages that work in their own families. We are proud of our children, their spouses, Greg Bennett and Scott Walker, and our five grandchildren, Blair, Will and Eve Bennett and Davis and Annalee (soon to arrive from Korea) Walker.

Bob and I are now taking time for ourselves. We get to spend a lot of time in our Florida condo and have enjoyed travels in the US and in Europe over the last few years. Two more states and we will have visited all fifty of them. Bob still works every day when we are in Lebanon, and I still do some leadership training and consulting, including facilitating Leadership Wilson’s opening retreat. I still get to meet and spend time with the new classes.

Wilson County and its people will always be home to us. It’s been the scene of the very best years of our lives. It has given us so many opportunities, and I hope I have given a small Piece of the Good Life back to my community.