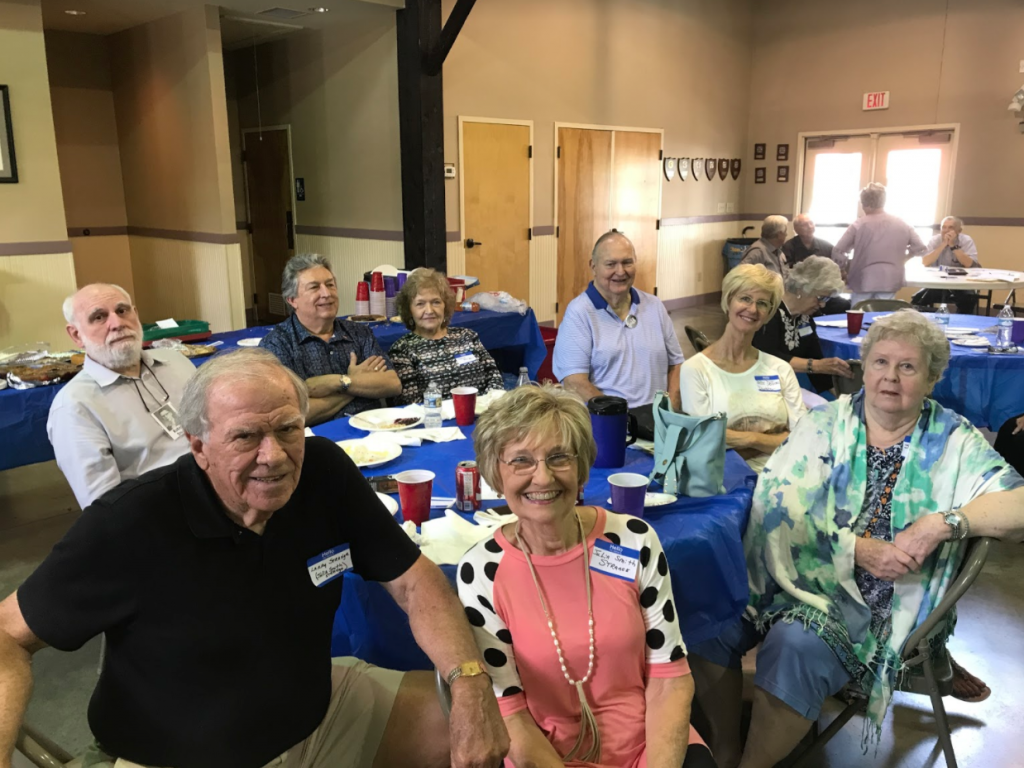 Gas cost 24 cents for a gallon, Dwight D. Eisenhower was the president and the first Frisbee toy was released. There’s plenty to remember from 1957, including a high school class that still comes together to celebrate their friendships and memories.

Many have lived and worked in Wilson County their entire lives, while there are others who have planted roots in Kansas, Montana, Maryland and South Carolina. No matter, they are all members of the 1957 graduating class of Lebanon High School.

And in June, more than 50 of the original class of 134 gathered together to celebrate 60 years of post-graduate bliss at the Veteran’s Building in Lebanon.

While members of the class meet at least every other year, this year is special, says Bill Denton, a fellow graduate and reunion organizer.

“Sixty years? That’s a big number,” Denton says. “Oftentimes, several can’t make our regular reunions, but they always make a point to come to the big ones.”

Several of the classmates have remained lifelong friends, knowing each other for much longer than six decades. They have plenty to chat about, from their school days to current updates on grandchildren.

So, what’s the secret to friendships that span decades?

“Besides keeping in constant contact?” ask graduate Marilyn Garnder. “You realize we all go through the same things: marriage, births, parents getting older, kids graduating high school and college, illness. Being there for each other…that’s what fosters friendship.”

Celebrating 60 years is something all in the class can be proud of, as they look forward to hopefully even more reunions. And until then, they will continue to keep in touch and grow those lasting bonds.