As a young boy growing up in Mt. Juliet – back when Mt. Juliet was a sleepy town with dirt roads and everyone knew each other – Jeff Cherry had a rather idyllic childhood. He spent his days either in school or on ballfields, hunting and fishing on Saturdays and church on Sundays. “I have fond memories of my childhood days in Mt. Juliet – going to the M&M Variety Mart for a cherry ICEE, picking up pizza at Sunshine’s Pizza in Clearview Plaza, working the soda fountain for Bill Staggs at Staggs’ Pharmacy before I was even old enough to
drive. I also remember how I loved fishing in the farm ponds owned by Mr. Sonny Tillman, Mr. Jack Stewart and Dr. Robert Thurman. And after a hard fought game at the Mt. Juliet Little League we would race to the concession stand for a suicide drink and then ride in the back of a pickup truck to the
Dairy Queen for an ice cream cone.

But mostly I remember when Mt. Juliet was nothing but a small town that, as a child, seemed to be a long long way from Nashville. And that was a good thing because it encapsulated us and protected us. When not in school or ballfields then on weekends my family camped the bank of the Obey River and Caney Fork River wading the waters for rainbow trout. It was just wonderful and I can understand why so many people are moving here now – because I can think of no better place to raise children than right here.”

A fact that didn’t go unnoticed to Jeff then or now – having raised his own children just a few miles down the road in Lebanon, with the same set of values and traditions of those he grew up with. 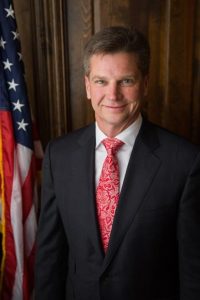 And back when Jeff was growing up in Mt. Juliet, if you were in any way involved in law enforcement or the legal profession, then you would have heard of a man named B.F. “Jack” Lowery or better known as “Big Jack”. Just say the name Jack Lowery to anyone in the legal field, and they’ll immediately regale you with stories of “Big Jack” and his notorious court room performances. Lowery was and is one of the best legal advocates this side of the Mississippi. In fact, back in the day, people would come watch his trials for entertainment and if your son or daughter was in trouble, Big Jack was the
one always willing to help. Growing up, Jeff knew the name but vaguely.

“Being a lawyer wasn’t necessarily something I knew I wanted to do from a young age,” notes Jeff. “Instead, I wanted to be in law enforcement. That to me was an honorable profession where I would be able to make a real difference.”
After college at MTSU, Jeff attended the Metro Nashville Police Academy and
graduated second in his class and won the Top Gun award for best marksmanship. Growing up hunting – had come in handy! As a Metro Nashville Police Officer Jeff worked the public housing developments of West Nashville on the Night Walking Unit. He then served in an undercover capacity on the Crime Suppression Unit. He was later assigned to a public speaking assignment in Crime Prevention and finally taught recruits and veteran
officers the law at the Metro Nashville Training Academy. He was awarded the Exemplary Service Award in three different years for day in and day out exemplary service. He was also the recipient of the Odd Fellows Award for a traffic stop resulting in the seizure of a large amount of crack cocaine.

“I loved being a police officer but after working the streets in Nashville’s high crime areas, I decided that I did not want to raise my children having my wife, Stacey, and them worry about me not coming home each day. That led to my decision to begin Nashville School of Law. I was allowed to work a day shift to teach at the Academy in order to attend law school at night. I graduated in May of 2001, two days after our daughter was born. I took the bar exam in July and was licensed in October when the bar results were released.” Fellow local
attorneys Robin Vance, City Attorney for Lebanon, Andy Wright, Chief Public Defender Shelley Thompson Gardner and Assistant Public Defender Kelly Skeen were all part of his graduating class as well.

“Soon after graduating, Wilson County Sheriff Deputy, David Begarly, told me that Jack Lowery Jr. was looking for an associate to practice criminal defense. And if you can believe it, I told him I wasn’t interested! I can’t imagine what my life would be like now- had David not looked at me and said – I needed to rethink that position! In March of 2002, after rethinking it, I began working for Lowery and Lowery on the square in Lebanon. My first day was April Fool’s Day.”

And on April 1 of 2022, Jeff will have been with the Lowerys’ for two decades having defended thousands of persons charged with criminal offenses during that time and having learned from two of the best attorneys in Tennessee. The firm Lowery, Lowery and Cherry was founded in 1962 by B.F. “Jack” Lowery and later, in 1998, Jack D. Lowery, Jr. joined his father in practice. In 2006, the firm changed its name from Lowery and Lowery, to Lowery, Lowery and Cherry, PLLC – taking note of the talents Cherry had brought to the firm.

Since then the firm has expanded to include Christopher Beauchamp and together the firm represents people across the State in both criminal and civil courts. “I am indebted to Jack Lowery Sr. and Jack Lowery, Jr. for trusting in me
and mentoring me over these past twenty years. I would not have been able to have enjoyed the successes that I have had it not for the Lowery name and all that it means in the legal and business communities.” 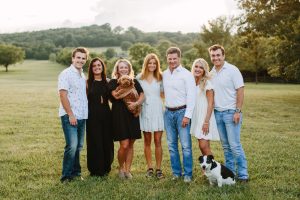 Criminal Defense is a passion of Jeff’s that he spends a great deal of time on.
From being a member of the Tennessee Association of Criminal Defense Lawyers (TACDL) since his law career began and, serving on legislative committees for eight legislative sessions, to testifying before both the Senate and House Criminal Justice Committees-he has a passion for ensuring the rights of all the citizens are protected. He rose through the ranks of TACDL and served as its President of the Board in 2018-2019.

Often criminal defense attorneys are asked – how can you defend someone charged with violent crimes or murder and Jeff replies that “our country is founded upon the proposition that a charge is simply an allegation. Our justice system requires the State or the Government to prove each element beyond a reasonable doubt. I fight to ensure that the government does not violate the constitutional rights of my client during these processes. This is fundamentally important not just to the citizen accused but to us all. We all have a right to
due process and fundamental fairness.”

And today, Jeff Cherry’s name in criminal defense circles is as well known as the Lowery’s. Criminal Court Judge Brody Kane, who Jeff often appears in front of, says that “Jeff is a zealous advocate for his clients who is always prepared and knows the law.”

To that end he often presents continuing education classes to other attorneys on a range of criminal defense topics and is often sought out by his peers for advice and mentorship. In 2015, Jeff was awarded the TACDL Workhorse Award for the tireless work, unlimited energy, and zealous advocacy he brought to TACDL. In 2020 he was honored by those peers when he received the Tennessee Association of Criminal Defense Lawyers’ Robert W. Ritchie Service Award for his outstanding leadership and service to the organization.

Jeff was also nominated by his peers to be named a MidSouth Super Lawyer in criminal defense in 2019. This is a designation awarded to less than 5% of the attorney population. He has maintained this designation in 2020 and 2021.
Jeff’s skills and passion have also caught the eye of Governor Lee who appointed him to the Tennessee Criminal Justice Investment Task Force in 2019 where he worked in the Parole and Probation Subcommittee. This has led to several other appointments including the most recent to the Tennessee Council for Interstate Adult Offender Supervision as the Criminal Justice Attorney Representative.

“Advocating and helping my clients navigate the legal system is what I do for a living but I’ve realized my job is also to pass on what I’ve learned to the up and coming new attorneys – much like Big Jack did for me, so that they too will advocate for all of our rights.”

And when not fully immersed in the legal community, Jeff has helped locally with several non-profit boards including Prospect Inc., Hearthside, Inc., Our Sister’s Keeper and MJ4Hope Inc, a non-profit that Jeff helped found with several high school classmates to assist other classmates in need. “It was a real blessing that in 2020 when the tornadoes hit, we were able to raise over $100,000 to disperse to the victims and we continue to do what we can at a local level whenever there is a need.”

While his criminal defense profession has been nothing less than spectacular, if you ask Jeff what his biggest accomplishment is – he immediately says his family.

Jeff and his wife Stacey celebrated their 28th wedding anniversary in December of 2021. Stacey and Jeff were high school sweethearts who have been together through the good times and hard times. “Stacey was with me every step of the way – through the police academy, my years as an officer, then law school and then while I grew my practice. She put together and held together everything else in our lives while I pursued this dream of mine. She is the glue and the backbone of everything I do.”

The Cherry’s have raised three children together who are their pride and joy. Jeff Cherry Jr. , their eldest, is married to Amber and now lives in Lebanon. Jackson, their middle son graduates from college in May and has already been accepted to law school in the Fall. He is also planning to get married to Hailey Pittman in June of this year. And their youngest child, Jessica, is studying education and plans to be a teacher in the near future, although Dad and brother Jackson are pushing her toward the law. “Stacey and I have watched the success of the Lowery father and son duo over all these years. The joy that
they both derive from trying cases together and navigating legal landmines has been a joy to watch and be a part of. I can’t think of a much more exciting way to continue my law practice than with one or more of my children.”

And in July of 2019, the Cherry family put into motion one more dream – to live on a working farm. Now living in Watertown on their farm, Triple5 Farm, the Cherry’s are loving life – with 27 goats, chickens, a rooster named Jorge and three great Pyrenees protectors.

Asked if its now time to slow down – Jeff categorically will tell you No. In fact, he is continuously re-evaluating the expansion of his practice and that of the firm. “I am blessed to receive calls from all across this state and outside the state for criminal defense representation. I consider it a great honor to be trusted to guide my client, and their family, through the most difficult time of their lives. We train for trial and we fight to win. We are prepared to travel wherever justice demands.”