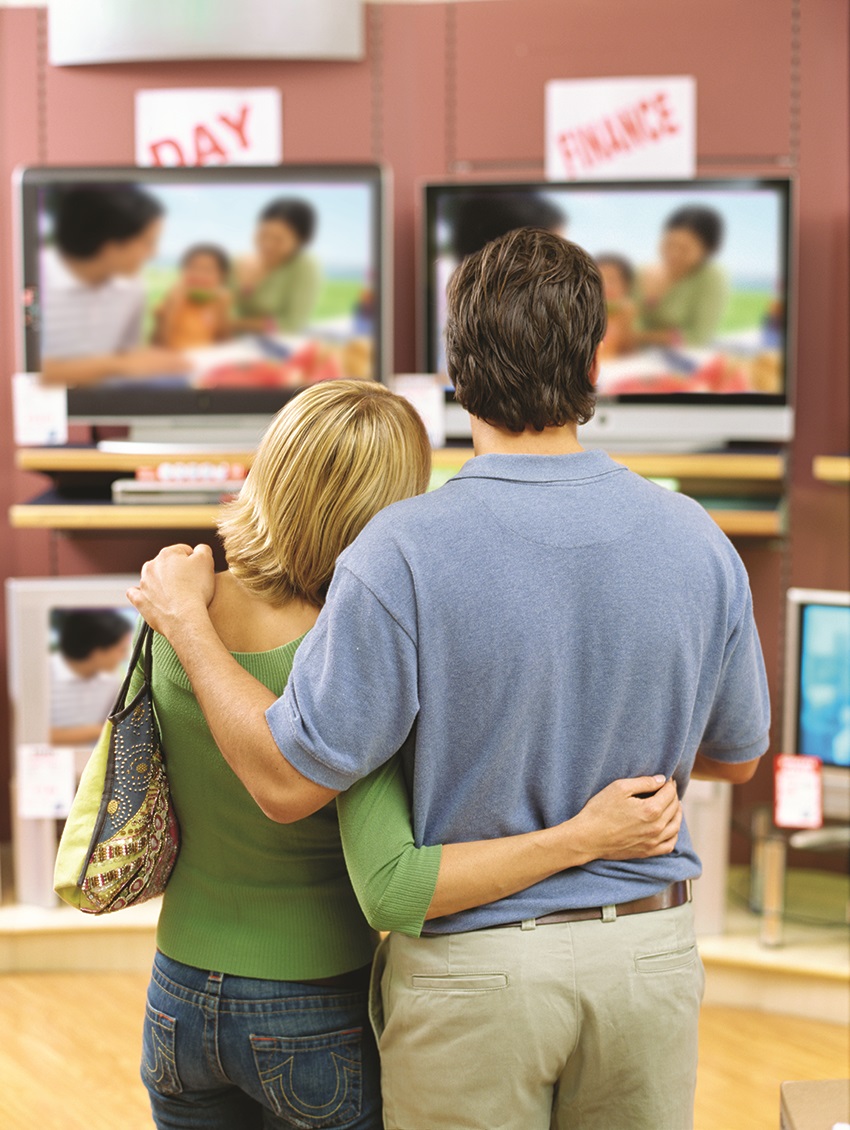 Two weeks ago, I had a crisis of boredom. Lying in bed chatting with my husband before sleep, I confessed my problem.

“I’m bored,” I said. “I’m just… not excited about anything. I can’t get into any projects; I feel unproductive and sort of blah.”

“Well,” he said, kindly (but, I noticed, without even a pause to think about it), “I think you need to stop watching so much TV.”

I mentally reviewed the previous few weeks. Well, Netflix was charging me only $7.99 a month. I meant to have the membership only for the few weeks before I gave birth—to help me through, you know—and then for the first few weeks of nursing and not being able to move around much. But then I got into The Office. It’s true—I nursed my way right through almost every season.

But I put it all aside for a while—after all, we don’t own a TV. I’m awfully proud of that fact—I wave it around in front of people whenever I can. We’re just not TV people. We don’t own a TV because we’re too busy reading; we’re too busy getting out into the great outdoors. We don’t want our living room to be dominated by a great big Screen of Intellectual Laziness and Relational Suicide. Come on over, check out our living room—nothing but couches and cheap art.

We read through good fiction together, aloud, in the evenings. Not for hours or anything. Just about 30 minutes at a time. We’ve read Dickens, Austen, Lewis. But besides that, he has his reading and I have mine—although I’ve had bad luck with my book choices lately. (Vanity Fair was supposed to be a classic, right? Well, I hated it.)

Then, last month, I remembered about 30 Rock. That was a pleasant show. Maybe I could watch an episode during the afternoon feeding, when both baby and I are tired and a little bit fussy. One episode really should get me through a whole feeding—but what if I just rock a little while longer and let her fall asleep?

What about the midmorning feeding? Would it be so bad to watch one then? I’m just sitting here.

A few nights later, my husband and I watched our first episode of Sherlock. It hit us like a shot—are all suspenseful TV shows this good??

Soon, it was an episode every night that we weren’t out. A few days after that, I found myself on the verge of inviting someone for dinner… and paused. Do I really want to deal with sitting around talking to people… Instead of watching Sherlock?

And a few days after that: Game night? LAME. Sherlock wouldn’t go to some dumb game night…

And finally, the last stage of the descent: my husband, home from work, sat and read a book in the same room with me while I watched a show on my laptop with headphones.

This is what we swore we’d never do. When we watch something, we watch it together—none of this Your Movie, My Movie stuff. The pattern has been to take turns choosing what our weekend movie would be. This way, each of us see things we wouldn’t otherwise see… and no one is lumbering off to their own screen.

But here I was, sitting in the same room, vegging out and tuning out like nobody’s business. He saw it.

And that was why, laying bed two weeks ago, he was able to diagnose me in two seconds. And after about a second of reviewing my recent habits, I had to admit: he was right.

The next day, I was forcing myself to read through my nursings.

The day after that, I was deep-cleaning the house… and kind of enjoying it.

The day after that, I woke up early and went for a walk with friends. Then I called somebody up to invite them to dinner.

The day after that, I found that I could understand what I was reading… and actually liked it.

When Sunday came, I got home from church and instead of unwinding in front of a screen, I took a nap. I loved that nap.

The day after that, Justin and I bought this book of conversation starter questions and started working through them over dinner.

I organized a spa day in my house. I cooked a totally fancy-looking new dish for supper. I sewed my daughter a little dress.

Here we are, two weeks later, and I think the deadpan expression is starting to leave my eyes. But you know… my baby is sort of fussy today. I need to think of something to do while I sit around holding her during the long afternoons.