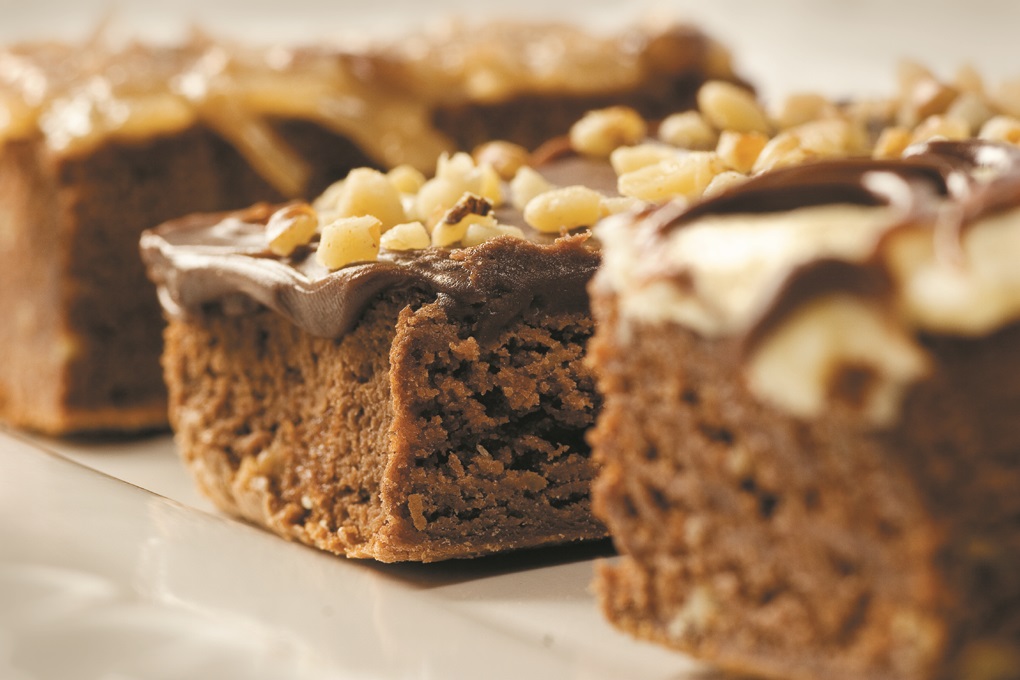 I baked a cake yesterday that was missing gluten. An entire cake, baked up just like it was a real cake, except that one of the main things that makes a cake a cake was missing.

It was made of almond and coconut flour. It also contained butter, eggs, baking powder, milk, and a concoction of sugar and stevia.

The really surprising thing about this cake is how much I love it. It tastes just like any other moist almondey cake I’ve had in the past. The difference here is that I have successfully tricked myself into believing that it is a kind of superfood-and-treat in one, and that it can be eaten in unlimited, pregnant-sized quantities with no repercussions (except renewed health and well-being!).

I’ve noticed this same trick playing in the minds of all my alternative-baking friends. They find a recipe for a brownie that is a nut-based, gluten-free, sugar-free, paleo brownie. They make this brownie. They are overcome with awe and enthusiasm for the brownie, and make all of their friends taste it. “Isn’t this delicious?” they say. “I can’t believe it’s got no gluten.”

And everybody agrees. It’s delicious. But in the back of your mind, you have to admit: it’s delicious CONSIDERING that it’s got no gluten. But if you were standing in a buffet line, and this dessert was sitting next to a fully-formed bona fide brownie with ice-cream, and there was no nutritional reason for choosing the g-f s-f brownie over the bona fide brownie, you’d never even for a second consider choosing the healthy brownie over the real brownie.

They simply don’t taste the same. It’s a trick. They’re delicious FOR WHAT THEY ARE—but not if you compare them to the rich, fudgy, full fat, full sugar, white flour version of themselves.

So, recognizing that I must be playing this same psychological trick on myself in the case of my almond-coconut flour sheet cake, I must not be enjoying it quite as much as I think I am. Because in my mind, I’m eating an actual vegetable—basically a plate full of greens and assorted superfoods—and it’s tasting EXACTLY LIKE AN ALMOND CAKE.

“The question isn’t ‘why am I eating cake at 9 a.m.?’” I’m saying to myself. “The question is, ‘what kind of a superwoman of self-control am I, to have made a dish that behaves like cauliflower in my body and tastes like a pastry from Starbucks, and there’s still a little bit of it left in this pan?’”

Isn’t this delicious? I can’t believe it’s got no gluten!