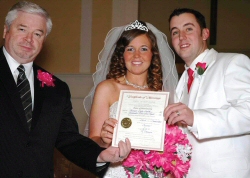 Have you reached the point yet where you are sick and tired of all the negative political commercials?

Aren’t you going to be glad when the November elections finally come and we can get this thing behind us and return to some normalcy?

Isn’t it amazing how elections anymore seem to bring out the worst in people? Regardless of how we wish it might change or be different, I’m still glad we live in a country where we have the right to cast our votes and choose those who govern us. With the next election on the horizon, there are a few questions worth looking at as it approaches.

Should I Vote in the coming election? I could use a portion of this article to extol the personal responsibility that every American should feel towards participating in electing our government officials. But that’s a given. I really want to spend my time addressing this question from a little different angle. I am going to take the unusual approach of answering a question by asking another one. What happens if I don’t vote? I’ve heard some say they do not like the religious affiliation of the candidates so they don’t feel that in good conscience they can vote for any of them. I respect that but I also respectfully disagree.

We do not have to agree with the religious affiliations of any of the candidates on the ballet. But one very important thing to keep in mind is this. Choosing not to vote in a sense is a vote for the status quo saying it’s ok with me if the present administration stays in office or it’s ok if that administration is replaced by a new one. If we choose not to vote we have forfeited any legitimate and credible right to complain about who is elected and in what direction they may lead. Should I vote? When you consider the possible consequences of not voting, the overwhelming answer is YES, I should vote.

Who should I vote for? Determining who we should vote for as Christians should not be a hard decision to make. This decision should transcend party identification, the latest poll, how our peers or family members may plan to vote or the suggestions of the media (liberal or conservative.) There should be something stronger guiding our thinking. As Christians the process for determining who we should vote for should be no different than how we decide other courses of action in our lives. The Christian life is not an event, it is a way of life that is governed by biblical principle and guided by a daily walk with Christ. We should vote for candidates who give evidence in their lifestyle and stated positions which most closely reflect our own biblical and personally held beliefs.