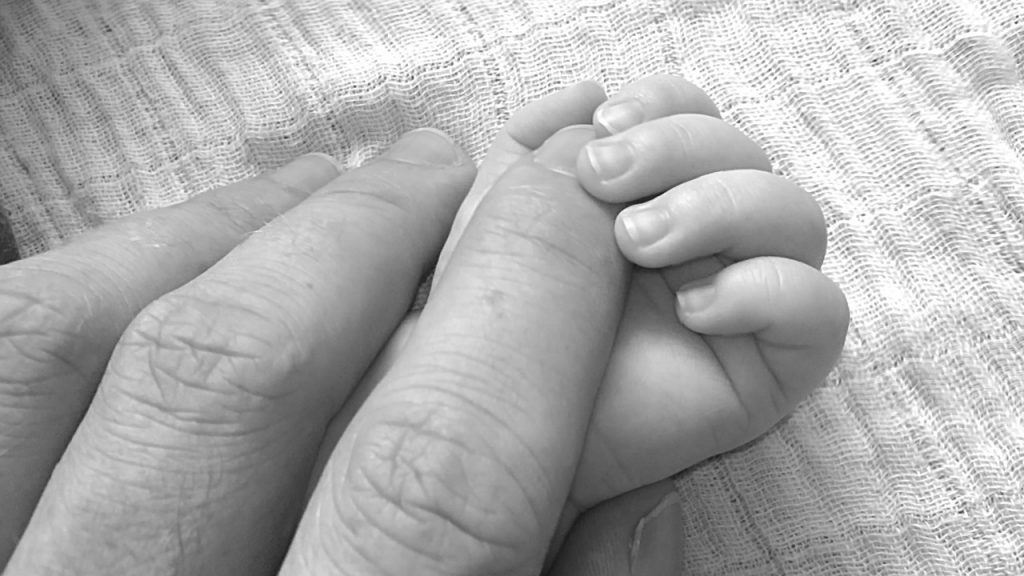 There was a time when I was the definition of carefree. I would come home from work — just in time to watch Jeopardy (or “Must See TV,” if it was Thursday), nuke a frozen dinner and later curl up with a book. In the morning, I’d wake up in time to hit the gym before work.

When I married, very little changed. We were both too wrapped up in our jobs and each other to think about having children. Not to mention, we lived in different states five days a week for the first nine months of our marriage. But one day, something was missing. No sooner had we decided it might be a good idea to have a baby, a home pregnancy test confirmed that there would be no turning back.

I can’t recall anyone telling me how hard it was going to be. It being the labor, the mood swings, the weight gain, the weight gain and more weight gain. If anyone tried to tell me, I most likely ignored them. I was too busy reading books on the benefits of a drug-free birth, taking Lamaze classes and eating my way through the bakery aisle to pay attention.

I remember daydreaming about life after my little guy arrived. In this daydream, I was super thin. Someone would even whisper, “Don’t lose anymore weight.” Four words that have never been directed to me. Back to the daydream. I’m rocking my chunky little cherub while he nurses. His little dimpled hand is clasping my finger. He looks so alert. Natural childbirth, duh! Did I mention that I’m thin in this daydream? AND my house is immaculate. If my imagined scenario was any indication, this was going to be breeze.

We arrived early for my labor induction and presented the nurses with our birthing plan. For those of you who don’t know, a birthing plan is a handbook the expectant mom puts together that shows the medical staff your expectations for the birth. I wanted a natural experience and no amount of rolled eyes, “just wait until her first contraction” looks or secret bets on how long I’d last drug free would change my mind. After my water broke and my husband’s circulation returned to his hand following a remarkably painful contraction, I declared the medical community needed to rethink the term natural childbirth.

Not long after the much-needed and deeply appreciated drugs wore off, my clueless husband and I were on our way home. I realized this was a bigger deal than those moronic books made it out to be. As soon as my body (now only 7 ½ pounds lighter than the 80 I’d gained) returned to a more recognizable state, I was going to write those authors a strongly worded letter insisting they update their barbaric opinions on the subject. How dare they imply that there’s anything natural about a drug-free birth. How do they know?! Little did I know that the real pain wouldn’t begin until something called “milk letdown” occurred. AND I didn’t want to even think about the day when #2 would happen.

How dare they imply that there’s anything natural about a drug-free birth. How do they know?! Little did I know that the real pain wouldn’t begin until something called “milk letdown” occurred. AND I didn’t want to even think about the day when No. 2 would happen.

The first two weeks were a blur. Middle of the night feedings were the worst. I would peel myself out of bed and nearly fall on my face because of the weight from my breasts, which now looked and felt like I had two deformed spaghetti squash attached to my chest. Eventually, we got the hang of it. At our first appointment with the pediatrician, we found out our little one gained 10 ounces. 10. OUNCES. After 45 million hours of nursing. 10 ounces. When the pediatrician recommended I continue this little song and dance for two more years, we switched to the female partner in the medical group.

So we made it through those rough times as new parents and felt confident enough to give it another try four years later. These days, our worries have shifted from sleepless nights and childproofing to curfews and dorm selections. We aren’t the carefree individuals we were way back when, but we have managed to raise two very carefree boys, one of which will leave for college in a few weeks. Now worrying about late-night feedings seems like a picnic.