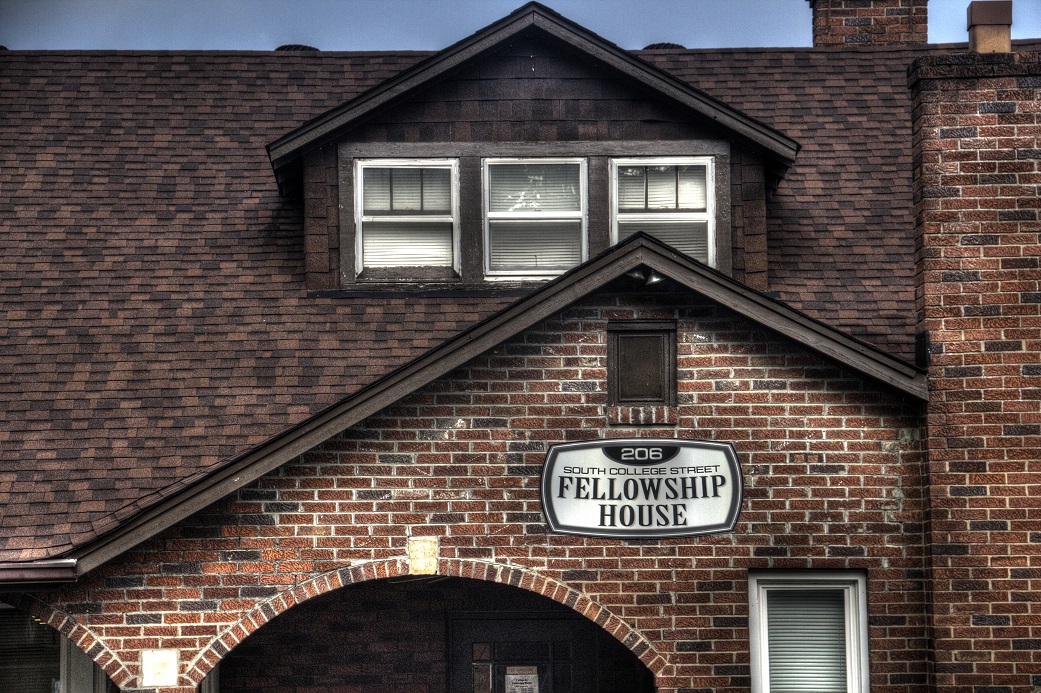 Fellowship House, a halfway house and recovery program in Lebanon, prepares for a major fundraiser after 26 years of turning lives around

To look at Justin Hodges you would never guess he was on the brink eight years ago. He was living out of his car, drinking whatever booze he could get his hands on 24/7, and did not have a friend in this world.

He was broken, beaten down and knew he was going to die.

Sooner – rather than later.

“I guess I was already dead really,” Justin, 36, recalled. “I had no life. Nobody wanted to be around me. I was lonely, sad and miserable.”

Somehow – he said it was divine intervention – after some time in jail for a DUI, he made his way to a nondescript little house tucked in Lebanon, Tenn.

And while Fellowship House doesn’t necessarily stand out superficially, within its walls some major transformations take place, like Justin’s.  The people here save lives.

Some, like Director Kris Warmath, have been there, done that. He knows what it’s like to be an addict, and knows the joy of recovery.  He and others reach deep down and pull people like Justin from the abyss, helping to guide, restore and support them so they can live full lives free from alcohol and drugs.

Justin was one of those lost souls eight years ago. But things have been different for a while now. Just recently, he won his weight class and qualified for the finals in the Mr. Tennessee bodybuilding contest. Actually, three years running he’s reached this almost surreal pinnacle.

Talk about a transformation.

He attributes his he 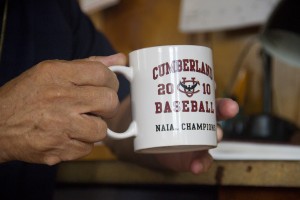 “Living at Fellowship House for a year helped save my life and I was able to get closer to God,” he said. “For the first time in a long time there were people who actually cared about me. They told me I was special. They taught me how to get by day by day. If not for that place, I swear, I would not be here.”

It hasn’t been an especially easy ride to his current success, but it’s been steady. He’s sober eight years.

Justin still attends weekly meetings at Fellowship House and mentors those who are where he was eight years ago.

“It was an act of God I found this place,” Justin said. “Now I have over 100 close friends, a good job and my own place.”

“He was in recovery,” recalled Gloria. “We were married and involved in the initial Bible class.”

The first Sunday in January 1989, a group of twelve met for the first time in a house on East Spring Street for a Bible class. Eddie attended as well. The group called itself the Community Bible Class.

Former (now part time) College Street Church of Christ Pastor Larry Locke explained that the church began as an “offsite” Bible class for those perhaps intimidated by a church setting.

“It was an outreach,” he said. “When I was involved it started with twelve people. Many had backgrounds, and tough experiences and addictions. We also needed a place for the local AA groups to meet.”

After meeting on East Spring Street several months, the house sold and the group initially rented the house at 206 S. College Street. It was then that Eddie rounded up some contributions from family members and friends. They gave $2,500 for a down payment on the house and started renovations.

On April 24, 1992, the College Street Fellowship House was turned into a 501-C-3. Since that time Fellowship House has been used as a “half-way house” for those in recovery from additions to alcohol and other drugs. Four men can live in the house, and along with daily Bible studies, 22 recovery meetings are held each week, said Gloria.

“Those who have struggled with addictions attend the meetings to talk about their struggles,” she said.

You never have to be alone again 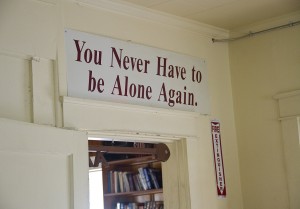 “I had a 25-year drinking career,” he said quietly. “Everyday I told myself I was going to quit tomorrow. At first I had some good times. Then there were no good times.”

He started to drink “full time” at 15 years old in France.

“I realized it was a problem at age 19,” he said. “I spent 20 more years hurting a lot of people, including myself. It was an escape. I didn’t want to deal with life and hid behind a bottle.”

And while he was a “functional drunk,” – didn’t miss a mortgage payment or a bill – he was miserable.  Finally, he went cold sober and found his way to Fellowship.  He went to Bible class, and, simply, found the “the power of the Lord.”

The house was so instrumental to Kris that in 2002 he started directing the activities there. He collects rents, performs periodic drug tests, leads classes and encourages those who live there, and those who drop by to visit.

A modest rent is charged to those who come to live just out of treatment or jail. They have access to a kitchen, living room, shower and their own bed. They are required to attend daily recovery meetings, stay clean and sober, and get a job. Kris explained residents can’t spend the night away for 90 days and must be back at 10 p.m. weeknights, and midnight weekends.

There are now two houses, one at 206 S. College Street with three beds and one at 205 East Spring Street where there are eight beds.

“Some may live here a few weeks, and some several months,” Kris said. “Justin lived here a year.”

“When I came to the Fellowship House I was just out of the hospital,” said Chuck K. “I had been trying to get sober since 1983. With the help of morning Bible Studies and the Sunday Community Bible Study I’ve been able to find God in a recovery program and find a way to stay sober.”

Kris said Justin is one of his favorite success stories.

A huge fundraiser is slated for Thursday, Oct. 15 at 7 p.m. at the Wilson County Fairgrounds. Kris said it’s in the East Building where for a $25 donation people can get a plate of catfish, slaw and “taters.”

People are encouraged to drop by the House during the day to get a cup of coffee, visit and share with one another.

“It’s a place of refuge where people feel acceptance, rather than judgment,” said Kris.

Justin said he’ll be at the fundraiser.  People say he’s a “poster child” for Fellowship and an example of how anyone can turn themselves around from within the walls of a place founded by locals who wanted to make a difference.