Take a step onto Lebanon’s Square, and you’ll be surrounded by a mix of historic buildings, new boutiques, friendly faces and a gamut of other updates. Listed on the National Register of Historic Places, the Square is tapping into its rich history to restore and rejuvenate the city center.

The grant will allow them to restore the facades and storefronts of these historic buildings, including replacing windows, painting with a historical color palette, improving signage and adding lighting to enhance the architectural features.

Formed in 1802, the Square has faced several changes through the centuries, including fires that destroyed whole blocks, new businesses opening and the addition of the roundabout in recent years. 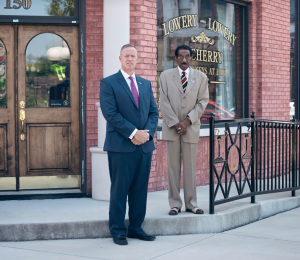 The roundabout has not only brought a new level of safety to the Square, but it’s also created new opportunities for businesses and made the area more walkable, says Rob Cesternino, the City of Lebanon’s mayor pro tempore and Ward 3 councilman.

The Square has also seen parades during WWII, First Monday Mule Day sales, four county courthouses and even a store owned by Andrew Jackson before being elected president.

Born and raised in Lebanon, Bell says he’s enjoyed watching the city grow through the years. Bell says it’s important to preserve that history and give people a place they can spend time and walk around.

“There aren’t many places where you can park your car, walk and go to stores. You can go to a movie at the Capitol, or go shop,” Bell says. “It’s just a place for a great night where you can relax and be safe.”

Helping to make the Square more walkable is the surge of new businesses opening nearby.

“Anytime there’s something new in close proximity to the Square, it spurs that walkability factor,” says Sarah Haston, economic development director for the City of Lebanon.

Some new additions coming to the Square include a restaurant and the Cumberland Entrepreneur and Co-Working Center.

Beyond going to shops and events, people can also live in and around the Square as more loft spaces become available, adding to its appeal.

All of the current renovations and new business additions are focused on preserving the history of the Square, while also keeping it current for generations to come.

“We’re moving forward with positive energy — and also engaging the people who have lived in Lebanon their entire lives,” says Cesternino, who relocated here from Seattle 10 years ago.

It’s an exciting time for the Historic Lebanon Square as the city finds the perfect combination of new and old to liven up this important destination.

“The Square has gone through a lot of changes in the past. Building styles have changed, stores have changed, business have come and gone — and right now we’re going through another change,” Bell says. “I feel like this is a change for the better. We’re making the Square better than it ever was.”