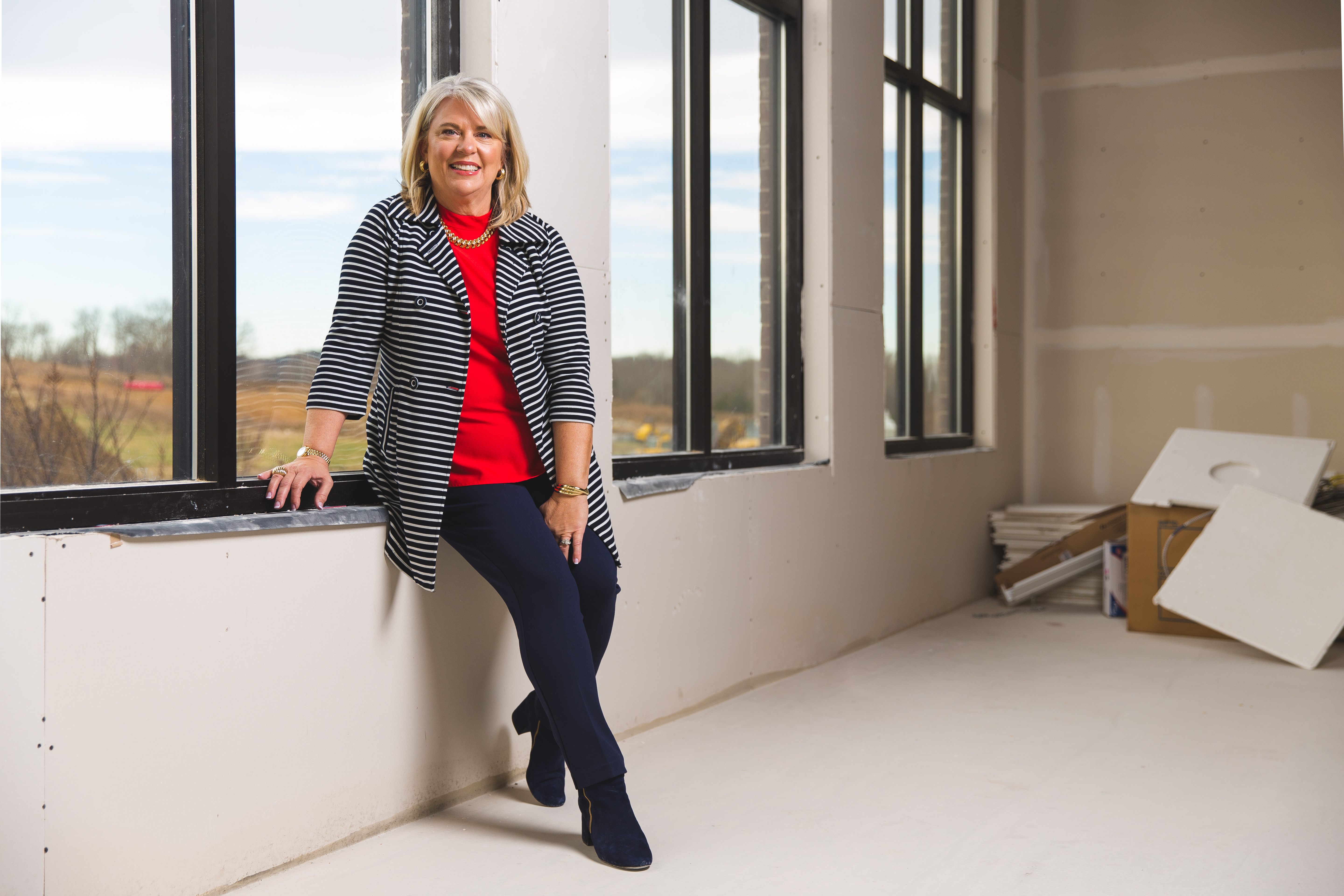 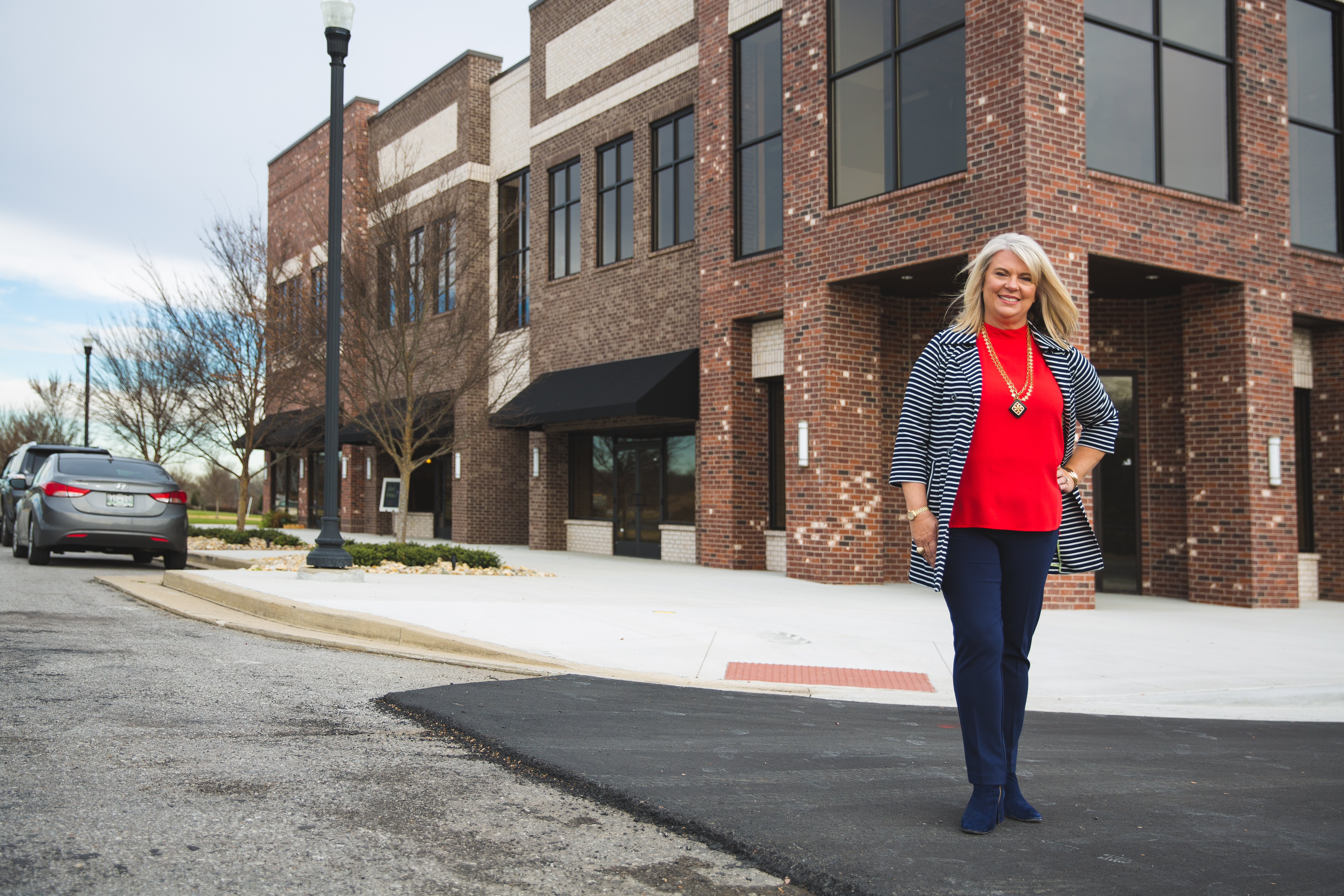 If you were to follow her around on any given day, remember one thing; be prepared to keep up. “Some days can be pretty laid back, and that makes it easy to catch up on paperwork at the office, but that’s the exception, not the…hold on; I need to grab this.” This is the first of many phone calls and office intercom pages for Anita Tate during our conversation. Anita is the owner and Principal Broker at Century 21 West Main Realty & Auction in Lebanon. She’s busy, but on an overcast winter afternoon, the exception happened, so she was able to sit down and share her story.
In the more than two decades she’s been in the real estate business–nearly 13 years as owner of her own real estate firm–Anita has sold upwards of 100 million dollars in real estate, helped shape legislation to protect buyers, sellers, and agents, taught continuing education classes, and baked more cookies, cakes, and casseroles for clients than she can count. She learned early on in her career that attitude is the key to success. “As the owner of a company, when you make the biggest commitment, work the hardest and run the fastest–your energy becomes contagious, and everyone around you is inspired to double down and make it happen.” 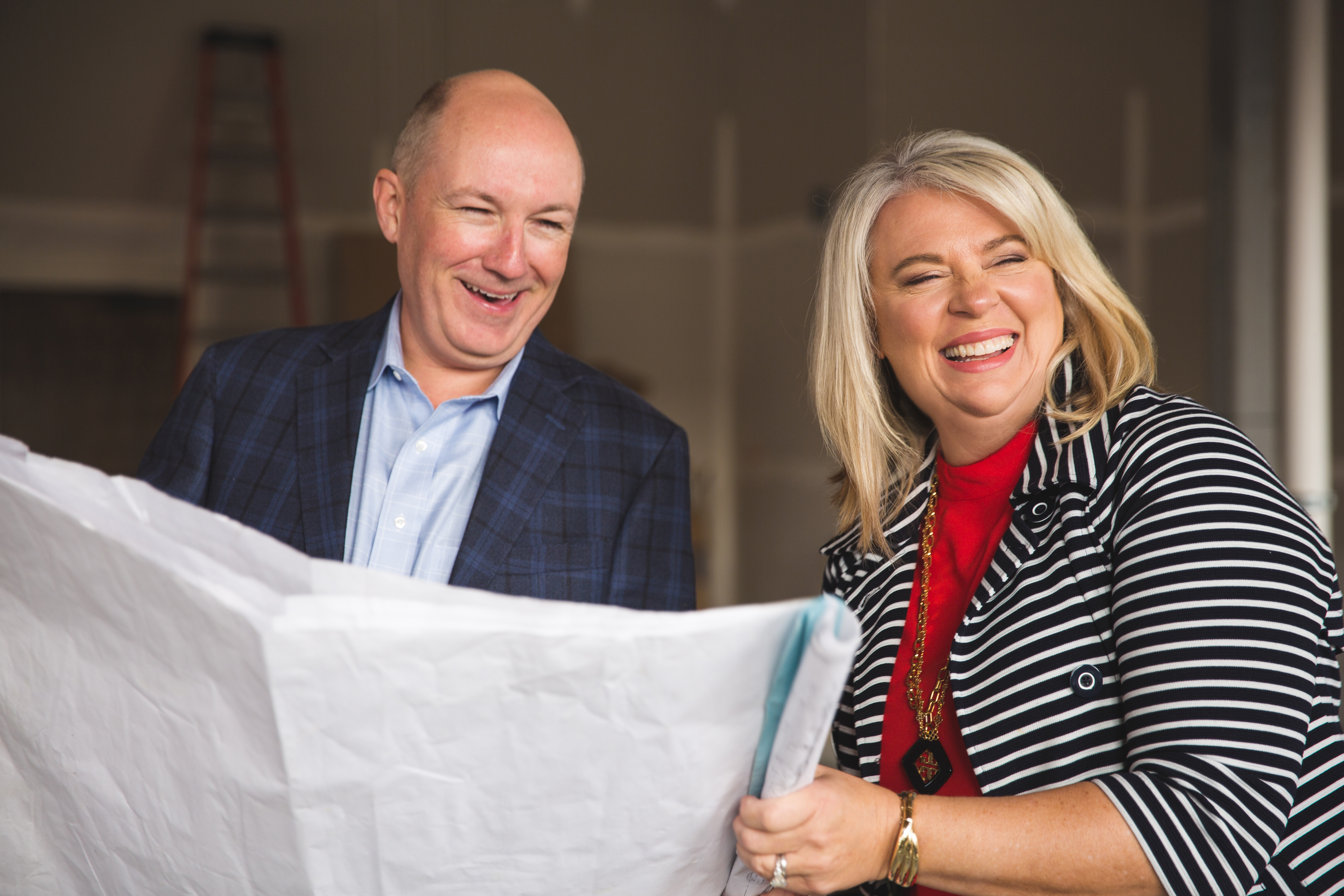 ABOVE: Anita cuts up with Rick Bell as they survey progress inside a space at the new Hamilton Springs mixed-use development. Rick and his brother Jack Bell are the developers while Anita is the listing agent on the project.

The road from her childhood in Madison, Tennessee has been filled with twists and turns. “My father died when I was 14 years-old, so my mother was left to raise me and my sisters by herself.” Anita continues, “We had to do our part around the house. Nothing was just given to us, and I’m so thankful for that. I think it’s rare these days that parents expect kids to do their share in a household.” It was her experience growing up the youngest of five girls, that she became accustomed to a busy environment. So, when her only child, Lesli left for college, and the hum of teenage activity fell silent, she found herself searching for something to fill that space. “You could say my real estate career started out of boredom, something to keep me busy while I adapted to becoming an empty nester.
After I got my real estate license, the first house I purchased was in the college town where Lesli lived. She and her husband, Trent had just married, so that house turned into our first flip. Lesli and Trent did 99% of the work themselves.”

Anita purchased and flipped one more property before Lesli and Trent decided to move to Lebanon. Not
long after they started a family of their own.
The side hustle of flipping properties coupled with an unapparelled dedication to assisting buyers and sellers, eventually lead to Anita being recognized as one of Middle Tennessee’s most respected, highest selling and hardest working agents in the industry. But she’s quick to point out that her success is a team effort. “I work with some amazing agents every single day in my office. Plus, I have the bonus of working with Lesli who has been a licensed real estate agent for 15 years. Because we are family, it makes it a natural fit to work together.” Anita continues, “There’s no one else I’d rather work so closely with than her.”
Lesli and Trent are responsible for giving Anita the title she cherishes most; Gammy to 17-year-old Talor and
8-year-old Jake. “I can’t get enough of those two! I loved being a mom to Lesli and still do, but being a gammy…it’s totally different.”

Below: Anita and her husband John pose with their grandaughter Talor, grandson Jake, Lesli and Lesli’s husband Trent. 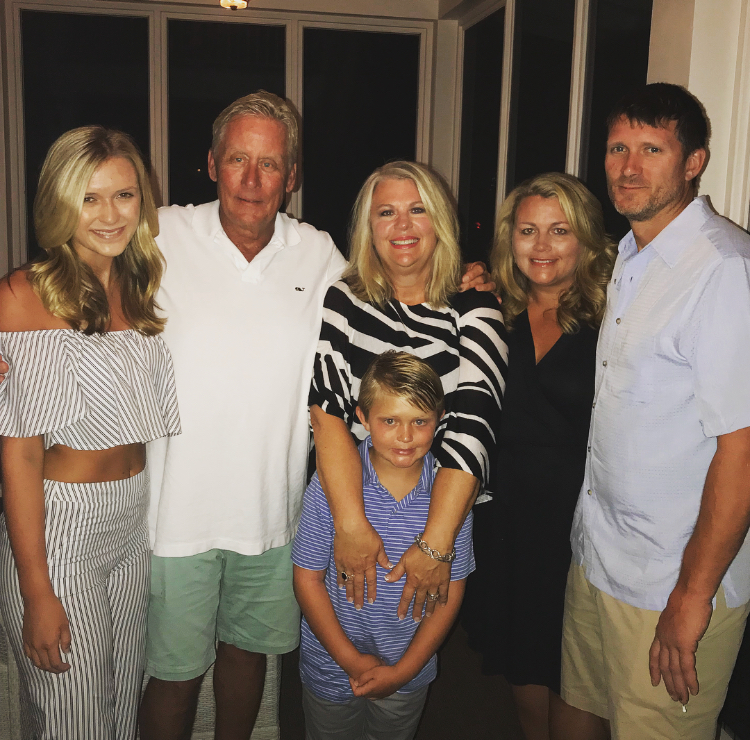 When she’s not assisting buyers, sellers or mentoring affiliate brokers, or volunteering for local non-profit
organizations like Wings Over Wilson* you can most likely find Anita in the kitchen. “I love to cook. Baking is
something that is very therapeutic, but it’s also been an excellent way to spend time with Lesli and my grandkids. It’s something we can do together without the expectation of anything besides what we are cooking. I’ve discovered that this time together creates a relaxed environment where conversation just kind of happens. That’s the good stuff.” 2018 is filled with adventure for Anita and her family. In fact, she will no doubt experience a little Deja Vu as she looks on while Lesli helps Talor prepare to leave home for college in
the fall. “Talor will graduate in May. College is next. ”She trails off and looks towards her daughter’s office across the hall then adds, “It won’t be easy for Lesli. That’s life though. Getting to the good stuff is never easy.”

5. 2014 Realtor of the Year, Eastern Middle Tennessee Association of Realtors.

7. Professional designations- GRI, SRES, ABR, and CBR and is a State of Tennessee licensed auctioneer.

* Wings over Wilson is a faith-based women’s charity group that helps support needs inside Wilson County.