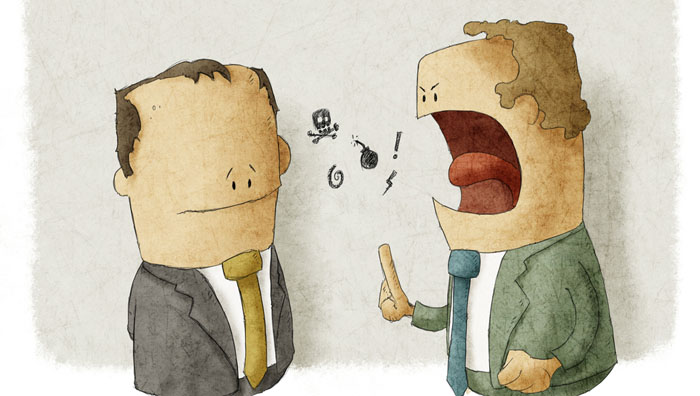 “Divisive” seems to be the go-to adjective for describing the political climate these days.

A few years ago, I believed politics (or politicians, on occasion) illustrated that even though you may disagree on most issues, somewhere along the way, all sides could find common ground. Nowadays, it looks more like two teams brawling like the Socs and Greasers in an odd social media rumble.

Politics is supposed to be about working toward compromise for the greater good, right? My husband and I have worked this way for years. Sometimes he wins and gets to stay home all day on Sunday instead of going to a birthday dinner for my sister. I mean, who else is going to make sure my patio chair doesn’t float away? And sometimes I win, and our cat gets to sleep on his side of the bed. Or when it comes to money, sometimes he wins, and we use any extra money to pay down our mortgage or put in savings. Sometimes I win by not telling him about any extra money we have. We get there, and if we leave his cat allergies out of the argument, we do so in a way that doesn’t disrupt our lives.

Lately, the divisiveness of politics has infiltrated conversations in our offices, our homes, our churches, our schools, our grocery stores, our doctors’ offices, our Facebook newsfeed. If this phenomenon could be viewed under a microscope, it probably looks like a mutated strain of SARS or maybe an unnamed STD.

Some of us have taken to social media to share articles, memes or websites that align with our political beliefs and declare that if anyone disagrees, “then we are no longer friends!” I’ve done the same. I’ve allowed how people respond to protests or health-care bills determine their friendship worthiness or their worthiness in general. Arrogant much, Becky?

Even if I didn’t make it official by posting that a particular group of people were no longer my friends if they support a State Rep or Congressman I don’t personally agree with, I had already marked them off. Albeit most were people I didn’t know beyond Twitter or Facebook, but some were people I’ve known since elementary school. People who were there when my children were born, when Jay’s dad and my mom died. They were there for birthday parties, school plays, graduations, baseball games, track meets. They are funny, kind, good people.

I remember reading through a Facebook friend’s comments on a post about last year’s presidential election. It was like watching the Mayweather/ McGregor match. Only, in this case, there wasn’t a multi-million-dollar prize waiting for each winner.

You knew how it would end but still had to watch blow-by-blow. No matter how long the fight went on, no one would be declared the winner and both (and all the people who watched the exchange from our iPad’s/laptops/PC’s) would leave the ring worse for wear.

Both keyboard competitors were prepared with facts and statistics, but fighter No. 1 had been in this rink before and knew how to pace themselves. Fighter No. 2 had passion and time to fact-check. No one won. No one changed their mind and said, “You know what? I didn’t think about it that way.” Or, “I understand what you’re saying, but this is what I believe.” If either felt like they weren’t being heard, the personal insults commenced. It was an emotional knockout, for everyone.

It was sad to watch but more disturbing to be a part of the online crowd watching. It made me feel anxious about what the future holds for our sanity and our children’s sanity, not just our country.

We are better than this. Spewing vitriol at each other about issues that have nothing to do with politics, purely based on a someone’s party line.

So, I decided to stop. I stopped trying to make someone see my point of view. I stopped spending time fact-checking trending stories. I’ve pretty much stopped watching and reading the news. I stopped worrying about things that politicians, news outlets or family members say I should worry about, in favor of focusing my attention on what does matter.

And right now, what matters is my family and our collective sanity. We have very little to spare, so I consider this a public service. And I don’t care if we never agree on politics. If we can agree that real butter is better than margarine and Betty White is going to live forever, I will love you and respect you for what makes you so uniquely you.