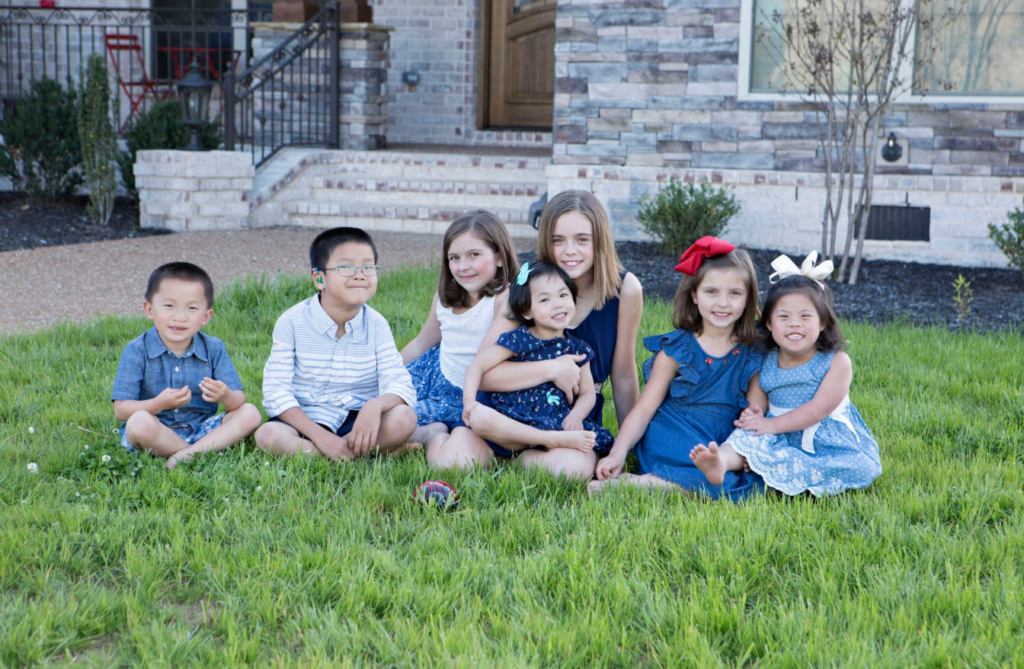 No one knows the plans God has for him. I’m sure if someone told Jon and Andrea White just a few years back they would one day have eight children — including five adopted from China — they wouldn’t believe it.

But that’s just what happened for this Mt. Juliet couple. And now, they can’t imagine life any other way.

Andrea has lived in Wilson County since she was a toddler, and Jon moved here in 1999. The two started dating two years after that, and Jon still remembers one of the conversations from their first date: adoption.

“I have wanted to adopt for as long as I can remember,” Andrea explains. “I have always loved children, and the thought of so many not having a family bothered me even as a child. I always knew that I wanted to be a mom to at least one of those children.”

That was a bit ironic because Jon didn’t see himself with children, or at least until he was much older. “I always joke I wanted no kids and she wanted four, so we compromised at eight,” Jon says with a chuckle.

The two married in 2003 and welcomed three daughters through the years. When they realized baby No. 4 wasn’t medically in the cards, they decided the time had come to adopt. And their lives haven’t been the same since.

With their girls excited about their plan to adopt, the couple cancelled a move to California and started the international adoption process. They knew they wanted to find a child with special needs and began focusing their search efforts on orphans in China.

Exactly one year after taking the leap of faith to adopt, they had their first son, Sam.

From there, they decided to host another orphan from China, Christopher, during the summer to help advocate for him. That lasted about eight days before the couple realized they couldn’t just send him back: They wanted to adopt him, too.

But their journey was far from over. The family visited Maria’s Big House of Hope, which is Show Hope’s Care Center in China. (Show Hope is a Franklin-base organization created by Christian music singer Steven Curtis Chapman and his wife, Mary Beth, that helps support orphans and the adoption process.)

It was there at Maria’s that they met Leeya.

They had barely walked out of the door at Maria’s when the couple’s daughters were already asking if they could adopt Leeya. Jon says he tried explaining she was very sick, but that didn’t deter the girls, especially his middle daughter, Riley.

After telling each other they couldn’t move forward with adopting Leeya, the couple says they just couldn’t say “no” to her — and they brought her home later that year.

They knew it wasn’t going to be easy, but they starting seeking medical treatment for her the day after they got her. She started to show improvement, but a few months later, Leeya passed away.

“The hardest thing is burying a child. Everything goes through your head,” Jon says. “Taking that chance and adopting a child who’s very sick is hard. But, she was worth it.”

Each of the family members grieved in their own way, but they all stayed hopeful, Jon says. They knew before Leeyah died they wanted to adopt again, and that hope helped them follow their calling.

That led them to adopt Molly, who has digestive system issues and a non-functioning leg, and Nataley, who has down syndrome. While both have ongoing medical concerns, they definitely aren’t lacking a home full of love and support — coming from both parents and siblings alike. 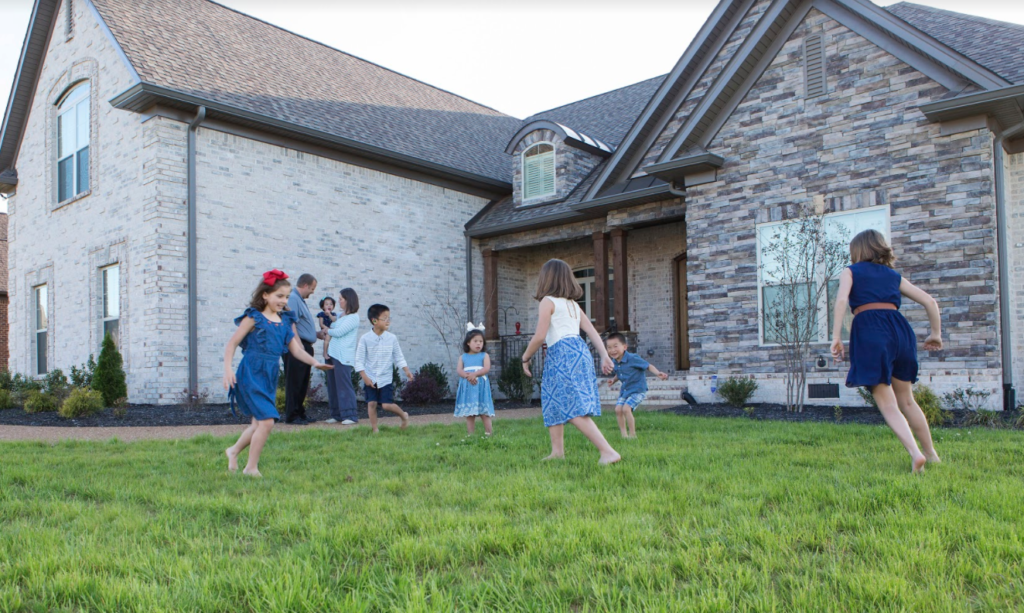 Andrea says the most rewarding part about adopting is watching a child blossom with the love of a family. “It is truly beautiful to watch a child slowly break out of the shell they are in and begin to learn new things,” she says.

They’ve also seen their biological children become more loving. “It taught us to have more empathy and compassion,” Jon says. “It’s increased our faith and taught us to freely love and give.”

Though some praise the couple for all they’ve done, they are quick to point out the focus shouldn’t be on them.

“What I’ve learned is that we aren’t special or unique at all,” Jon says. “These kids are amazing: We’re the blessed ones.”

While the couple has no plans to adopt again, Jon says “no one knows about the future.”

For those considering adoption, Jon encourages them to take the leap of faith. “If you can’t afford to adopt, do it anyway because someone can help you fund it.”

Andrea agrees and says couples shouldn’t be afraid to take the first step, especially if they’re looking for a child with special needs.

“Don’t let fear scare you away from a child’s file,” Andrea says. “See the child — not the special needs — and finally when you go to meet that child for the very first time, please don’t have any expectations of how they should react that day and all of the ones following.”

It’s easy to see adoption has truly touched every aspect of this family’s lives — and they wouldn’t change a moment of it.

“I think the biggest thing is that I didn’t expect how much adoption would change me, both as a mom and as a person,” Andrea says. “Opening my eyes up to the world beyond my small town, changing my level of compassion, teaching me that I can indeed do much harder things than I thought I could.”