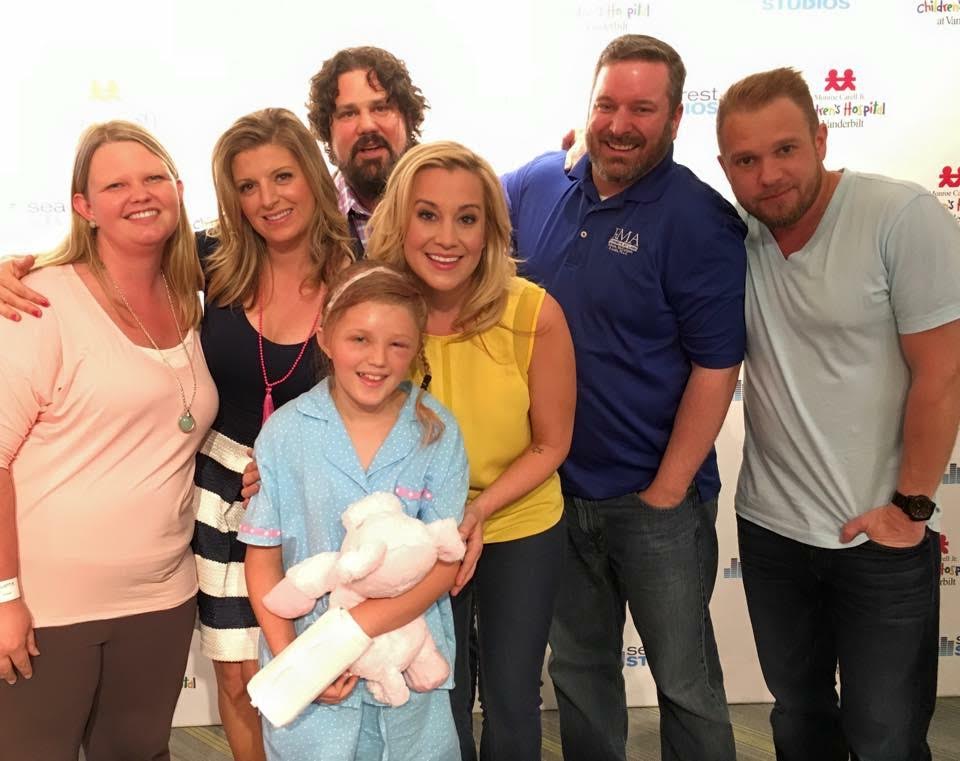 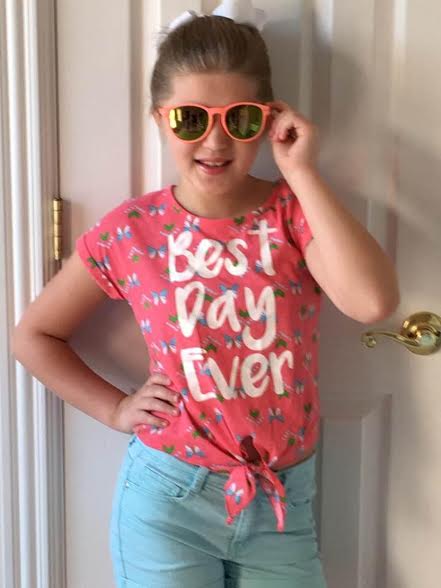 Country music singer Kellie Pickler’s got that Dolly-Parton’ish shine and glitz on the outside, but the glam shines even brighter on the inside and her heart glows like the sun.

Her heart was sending some rays toward local Ellie Denton, 10, an honor roll student at Byars Dowdy Elementary School where her mom Rachel teaches kindergarten as well. Dad, Jason, is a well-known trial lawyer.

This blue-eyed blonde young lady is a big fan of Kellie’s and watched her on American Idol some years back. She now catches Kellie’s reality show “I love Kellie Pickler,” produced by multi-talented Ryan Seacrest. How Ellie ended up crooning and cuddling on the lap of evervescent Kellie on nationwide television has its own “reality” background that surpasses some milestones most of us won’t see in a lifetime.

If you look in Ellie’s eyes, you see an old soul for one so young and vibrant. To say she’s been “through it” is a major understatement. It’s fun to note, Ellie is one of four siblings, and used to being “in the middle” of the organized, wonderful chaos that is this family’s life.

“I can only say how fortunate and happy I am to have a wife who paid attention and listened to her mother’s intuition,” Jason said as he reeled back to when Ellie was just three months old. “We both noticed issues with one of her eyes; it was bigger, and her nose was a little crooked.”

Everyone chalked that up to pressure from the birth canal. 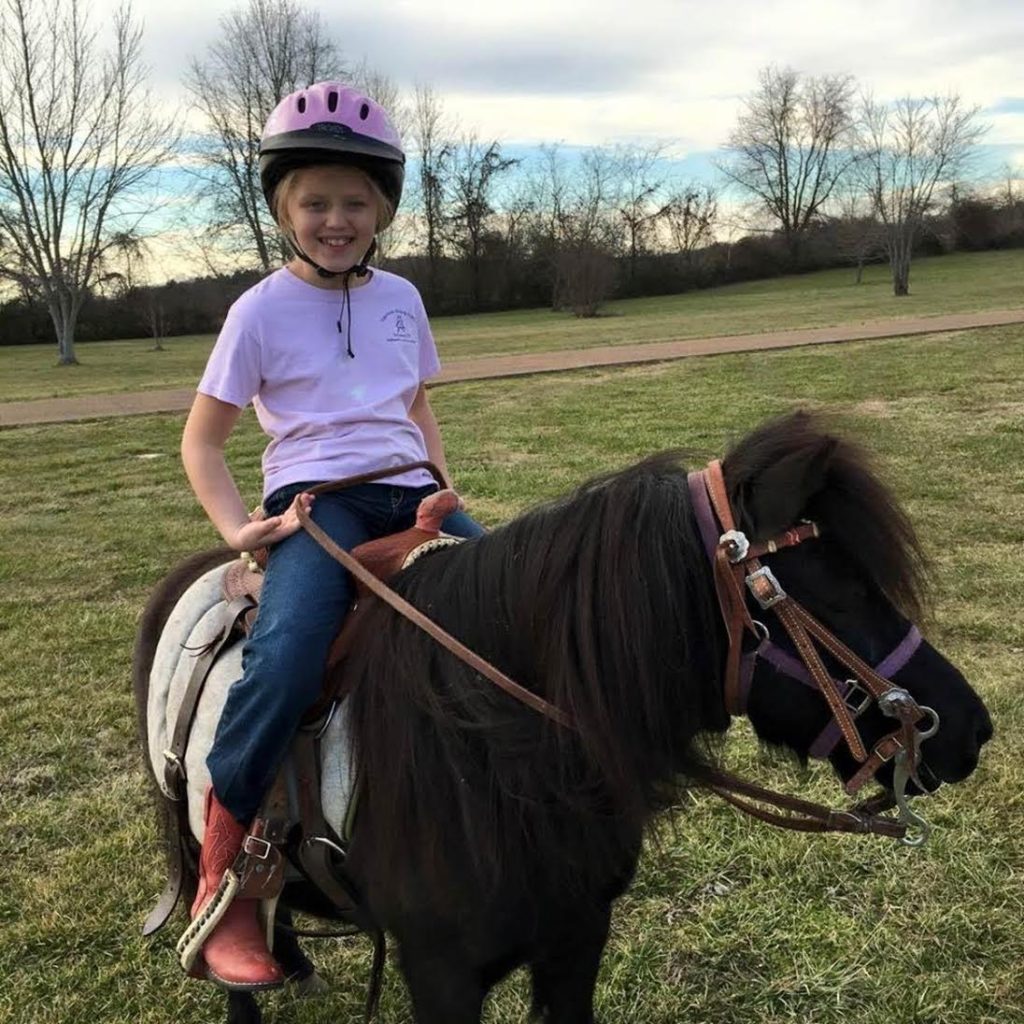 Dad was in Memphis when his wife called him and blurted out something “just was not right.” When mom pressed on Ellie’s eyebrow it gave way in a way it should not.

A surreal few days with three radiologists and a CAT scan revealed the bubbly baby was diagnosed with craniosynostosis. It’s a big word even for these educated parents. In layman’s terms they could understand it’s a birth defect that has a baby’s skull formed together too soon and doesn’t allow the brain to grow as expected.

“One in 2,000 children have this condition, and they are not sure it’s genetic,” Jason said.

Another fast forward and Vanderbilt surgeon Dr. Kevin Kelly operated on Ellie to reshape her head by manipulating her skull. He also straightened her nose and reformed the orbit of her eye.

It was a scary nightmare for these young parents whose daughter was born seemingly healthy.

Jason said his little baby “lost a lot of blood” during the intricate surgery and even had six blood transfusions. She was in ICU four days and in a regular room three days before she could go to the comfort of her own home. 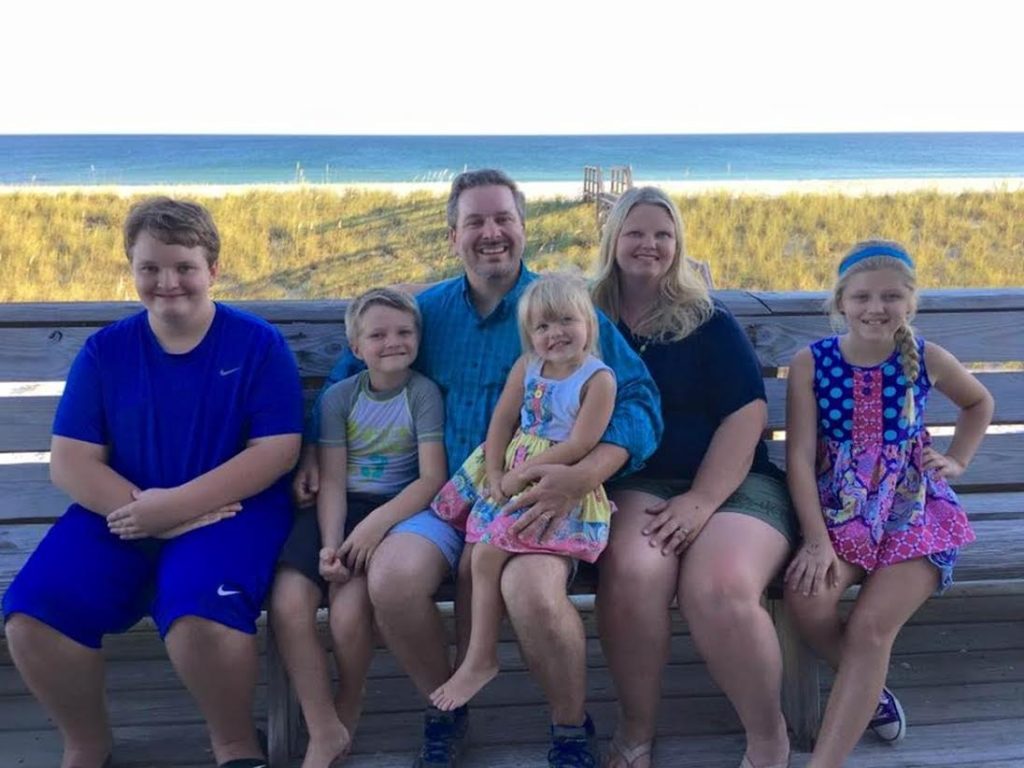 Things went great for years. Ellie grew strong and tall. Her daddy’s dark hair she was born with turned blonde from the meds and therapy. She squeezed in regular eye doctor and neurologists’ appointments as she learned to love horses, raise chickens and become a major component in an award winning clogging team called “Evermean, Evergreen Cloggers.”

But then this idyllic childhood born from strife was shadowed by some persistent headaches. Fall 2015 Ellie noticed some lumps on the top of her head. Coupled with unusual headaches, this portended something was “off.” A CAT scan revealed a shocker: two holes in her skull never healed.

“Yes!” said her dismayed dad. “She was clogging and riding her horse and her brain was unprotected!”

May 2016 Ellie went under the knife again. A vivid description was “she was cut from ear to ear.” But, these parents are on their knees grateful the operation was a great success. Ellie was discharged days before predicted. 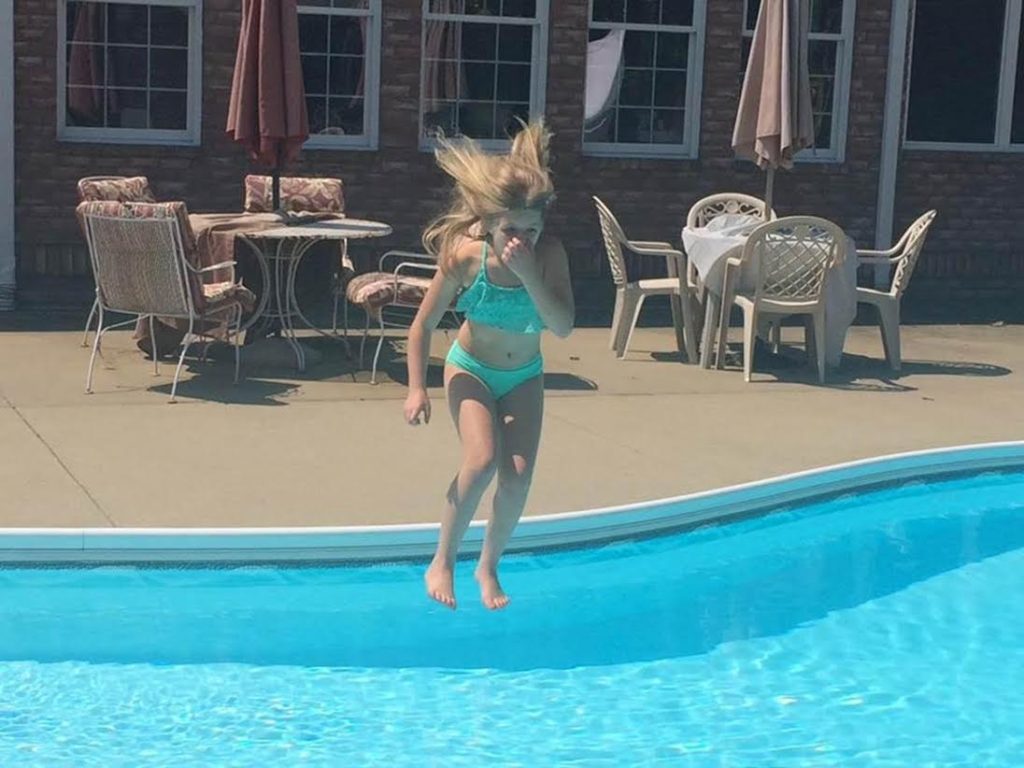 “Ellie is very strong,” said her dad. “It was smooth sailing. We kept our eyes on her in case of rejection of materials used to seal up her skull. She is in her Christian faith and baptized. God and Jesus are a big part of our lives.”

And, yes, those blue eyes are mature for her age.

“Her pain and tolerance are more than most of us adults will ever endure.”

An aside. Ellie’s parents know her ability to persevere. When Ellie was three, her right finger was cut off in a bizarre accident. It was reattached, but she immediately learned to be a lefty.

Ellie does not live in a bubble. She’s a social butterfly. Images capture her trotting on “Spanky” her horse, surging down a slide into the pool and clogging up a storm in competitions. She’s the queen of the family’s 10 acres and is immersed with the goats, chickens, dogs, and cats as well.

Let’s get back to singing “Red High Heels” with private idol Kellie. Seacrest tours the country with Kellie and other stars. They pinpoint childrens’ hospitals to bring the warmth and love of superstars to children just out of surgery and recovering. He and Kellie visited Vanderbilt where Ellie was recovering in May.

“I remember, Ellie felt terrible the day Kellie visited the hospital,” said her dad. “She had tons of swelling and was in pain.”

Ellie could not resist and walked into the room where Kellie and her husband Kyle were visiting other sick children.

“Kellie was so warm and loving,” Jason recalled with emotion. “She’s so highly intellectual and carries herself well. She asked if anyone knew ‘Red High Heels’ and Ellie perked up and said yes. She crawled into her lap and sang.”

The moment was played on Kellie’s show and the superstar said she might have a run for her money from Ellie.

“You have such a great voice,” she quipped. “I’m going to have to watch out. You are going to take my job.”

When they captured this scene with Ellie, it was clearly a special moment. Ryan Seacrest, whose permanent charity studio at Vanderbilt was the place where the little Vanderbilt concert was filmed, later shared the clip on his Instagram. (To see this episode of I Love Kellie Pickler, search YouTube for I Love Kellie Pickler S02E09 Giving Back”—Ellie’s scene is around the 22 minute mark.)

Ellie said it was a once-in-a-lifetime moment. She’s practicing for the cheer squad for next year and is really into her American Girl dolls, and of course, Spanky.

“We were very blessed this Christmas to be surrounded by family and friends,” said mom. “We received way too many gifts.”

Medically, Ellie is also soaring. She still takes meds for headaches and they visit and receive positive reports from her regular doctors.

One “angel” moment in all this was a special “angel nurse.”

Jason said the same nurse who gently cared for little Ellie when she was five months old was at the hospital in May and Jason “heard a familiar voice.”  That voice was the same nurse from years before. She sought out Ellie and reached out again.

“That’s how memorable our Ellie is,” Jason said quietly. “That’s how lucky we are.”