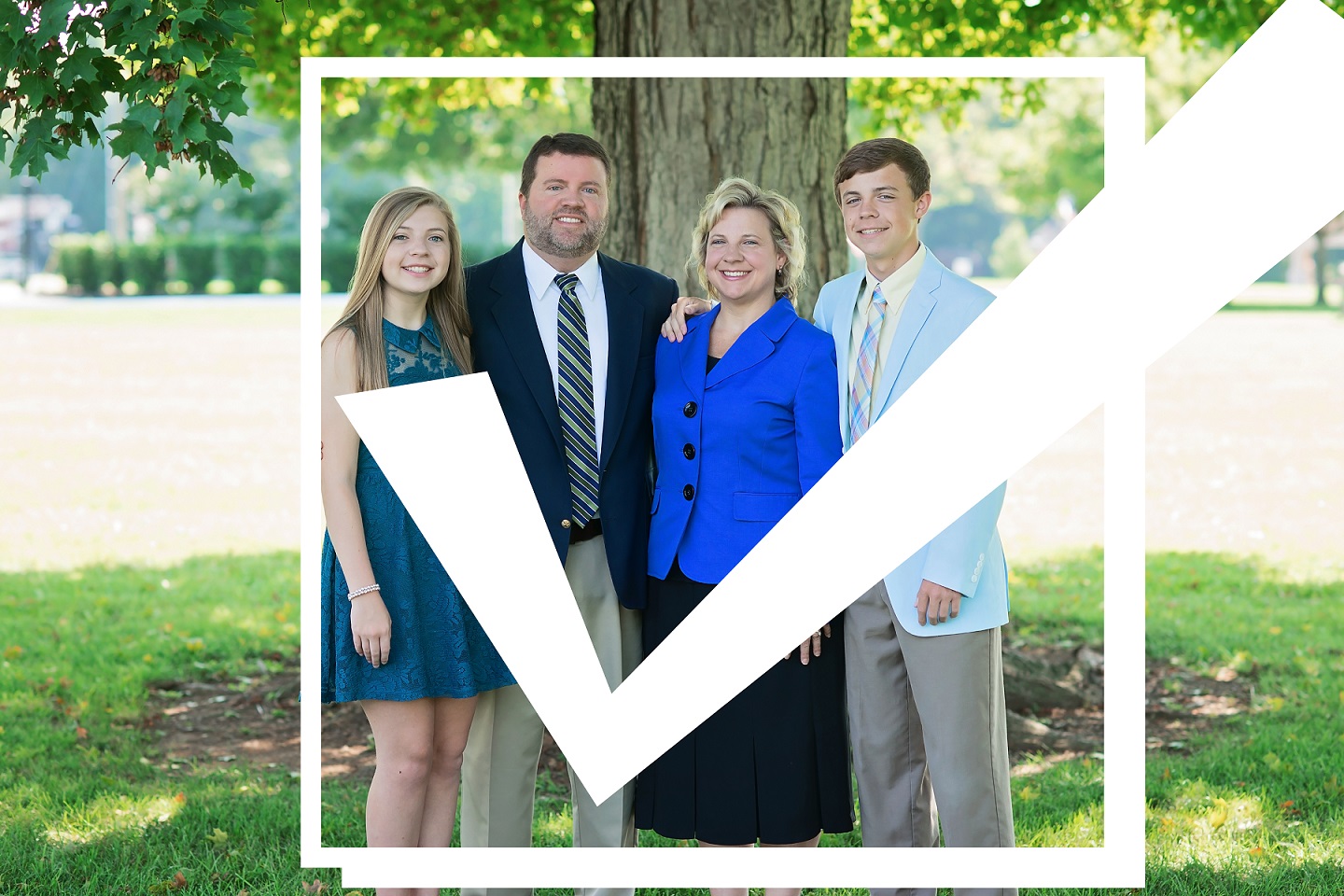 High School Senior Peyton Smith on her mother, Wilson County Assistant Administrator of Elections, Tammy Smith… and all the ways she has put parenting first

“You two look just alike!” This is a phrase my mother and I have heard for the last 17 years. To this day, we still cannot see the uncanny resemblance that everyone else likes to point out, but as I am approaching my senior year in high school, I am finally able to pinpoint just a few similarities between our personalities.

If I had to pick one shining example of how we are alike, I would have to choose our shared love for traveling. Looking back on my life so far, some of my fondest memories are those that took place on family vacations or trips that my parents sacrificed to send me on. 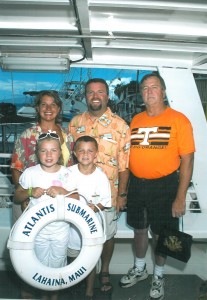 One of my favorite memories as a child is the day that my mom and dad decided, completely out of the blue, to drive down to Orlando, Florida and take me and my younger brother, Parker, to Disney World for the first time. We were at the perfect age: young enough to truly experience the magic of the place (although if I’m being perfectly honest, I still haven’t grown out of my Disney phase), yet we were old enough to be able to recall the details of that trip years later.

Interestingly, our family ended up moving to a suburb of Orlando several years later; it was after that move that my mom began her journey in the ever-changing world of elections. After moving back to Tennessee, the Election Office in Macon County became a place of familiarity for me and my brother when my mom took the Administrator position there.

Unfortunately, within two years being in that job, it was evident to both my parents and myself that the school situation I was in was not ideal. I wasn’t very comfortable in the public school system, so my parents agreed for my seventh grade year to let me attend a weekly tutorial in Hartsville, as it provided a more challenging curriculum and welcoming environment. The only downside to this arrangement was that both my mom and dad had full time jobs, and Parker was at school every day, so I spent the majority of that school year at home, alone, pouring over my Latin textbooks and struggling to muster up enough artistic ability to draw maps of Europe.

By the time eighth grade rolled around, my mom had humbly decided to quit her job in order to spend more time with me at home; however, soon after this huge decision was made, election officials and administrators alike began constantly contacting her to see if she was interested in taking any job opportunities elsewhere. She had worked diligently in her previous position, organizing elections year round for a whole county, and now, no one wanted her talents to go to waste.

One offer in particular stood out among the rest: Phillip Warren, the Administrator of Elections for Wilson County, wanted my mom to join him at the office as the Assistant Administrator. She had helped to train Mr. Warren, and he was quick to offer her a position when he heard she was leaving Macon. If she accepted this offer, this would make Wilson County Elections different from all other counties in Tennessee, as it would be the only one with two certified administrators working in the same office. 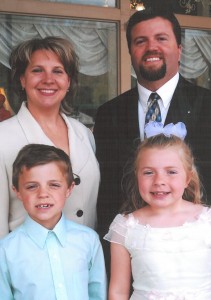 While praying and thinking about this offer, the biggest thing my mom kept in the forefront of her mind was my education, along with my brother’s. If we relocated to Wilson County, my parents would be able to put us both in a school where we were challenged and felt right at home. I was ecstatic hearing the news that my mom had decided to take the job offer and that Parker and I would be attending Friendship Christian in just a few short weeks. We toured the school a couple of days later, and I instantly knew this was the place for me.

Fast forward five years into the future, and here I am, preparing for my senior year at FCS, both excited and terrified of what the future has in store. Nonetheless, I feel prepared for the next few years of my life because of the superb job my parents have done while raising me. They have supported me every step of the way, including some of my crazy life dreams, which include moving to Chicago one day and practicing law in the city. My parents have always encouraged me to follow my dreams, even if that means eventually moving away from where they are.

The last five years living in Wilson County have been the best of my life, and I am forever grateful for the sacrifice my mom made in order to give me and Parker a truly memorable high school experience by taking this job. She has also shown me what hard work looks like from the innumerable nights spent working on various projects. Most importantly of all though, I have been shown the unconditional love of a mother my whole life. Even when I have done things that she has disagreed with, she is still compassionate in a way that I know I will not understand until the day, far in the future, when I become a mother myself.

Now that I am older, I have learned to love the phrase, “You two look just alike!” because to me, that means maybe the person saw some glimmer of my mom reflected in me, which is the greatest honor I could possibly receive.

Tammy Smith was born in Macon County to Larry and Shirley Crowder. Her mother was killed in a car accident when she was four, and her stepmother, Martha, is the woman she now calls “Mom.” She has 2 brothers, David & John Crowder. When she was young, she vowed that she would 1) go to college (the first in her family to do so) and 2) marry a man with the same values and would help her to build a stable family.

By the grace of God, both of those things happened. She has a Marketing degree from WKU. She married her husband, Neel, in 1992 in a small church in Red Boiling Springs. Their children are Peyton, a Senior at FCS, and Parker, a Junior at FCS. 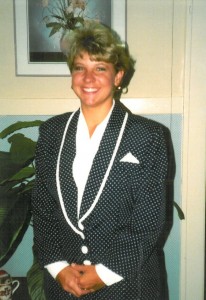 Tammy has worked in sales, volunteered at church, homeschooled their children, supported her husband in ministry (which is what moved the family temporarily to Florida), supported her husband’s business (Smith Insurance), served on the Macon County Election Commission and, for the last six years, has held major roles in the election offices of Macon and Wilson Counties.

Her work as Wilson County Assistant Administrator of Elections takes an incredible amount of time, planning and organization.

“No one knows how many details and how much planning is involved in conducting elections,” says Smith. “Although there may be years when no elections are occurring in Wilson County, planning and preparing for the next election is already taking place.

“…we do much more than required, by law, in visiting the local high schools. We conduct student council, BizTown, superlative and homecoming elections and go to speak to the government classes for all of the county high schools, FCS, MJCA and HCA. Since our children were born, we have never missed an election and always take them with us to vote. Surprisingly, most students have never been exposed to the voting process… like most things in America, voting is taken for granted and many do not exercise that privilege.”

On the move to Wilson County: “Moving to Lebanon allowed us to put our kids in Friendship Christian School, and it has been one of the best decisions that we’ve made for our family. It wasn’t easy leaving everyone and everything familiar behind, but we vowed, as parents, to provide the best opportunities for our children–our needs have always been second to theirs.”

On faith (Tammy became a Christian at the age of 11): “Through it all, I know that God is guiding our path and provides a way for us. In Him, all things are possible.”