After a surreal journey the past eight years, Mike Harris believes laughter is the best medicine.

Known as “Dr. Mike” of Mt. Juliet Animal Care Center by legions of friends, family and clients, this loved local vet asks Amazon’s virtual assistant Alexa to tell him a joke every morning to start off his day.

“She makes sure I laugh every day,” Mike said while at his home in Gladeville. 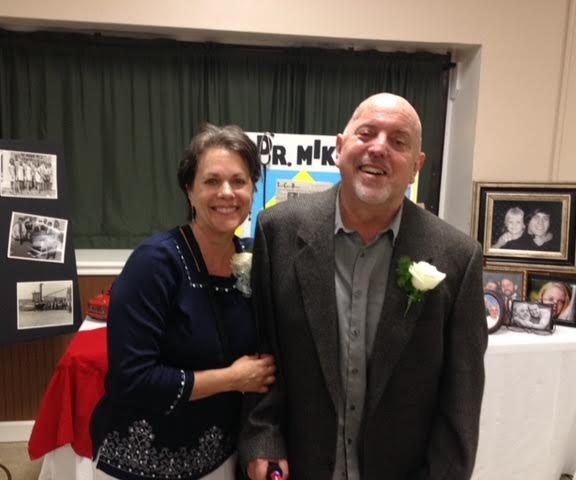 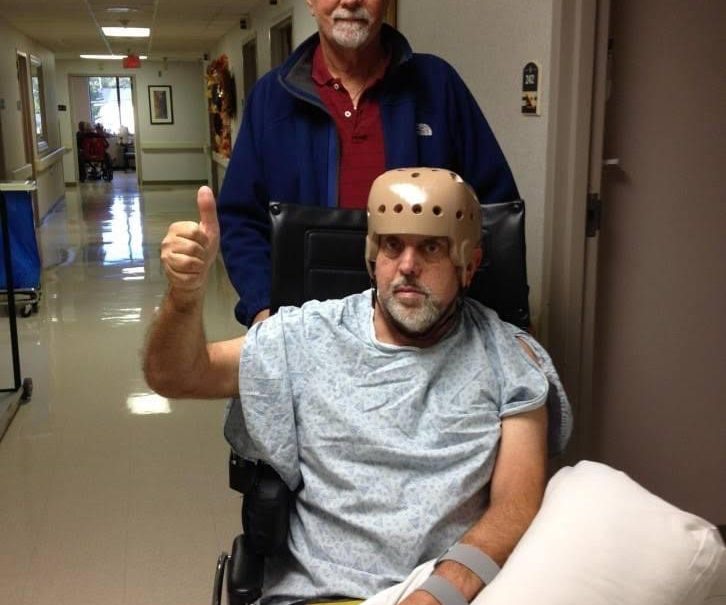 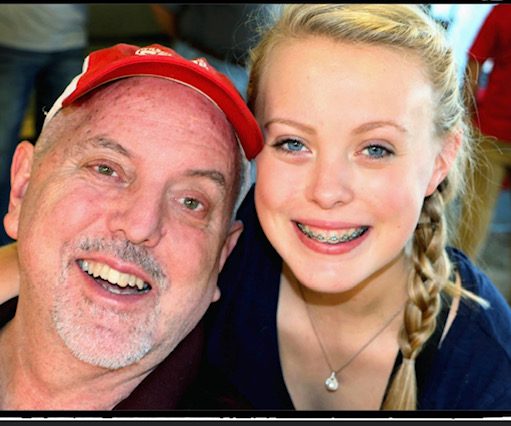 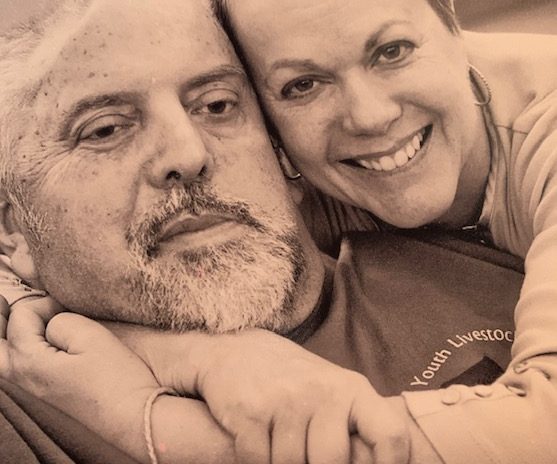 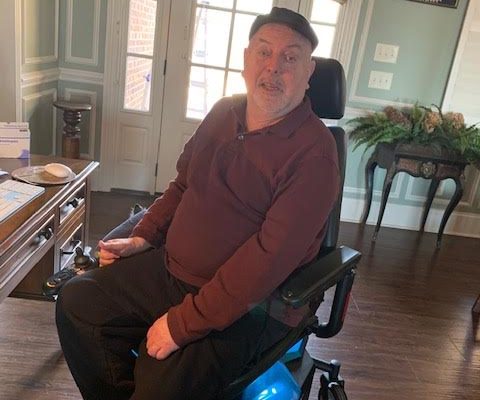 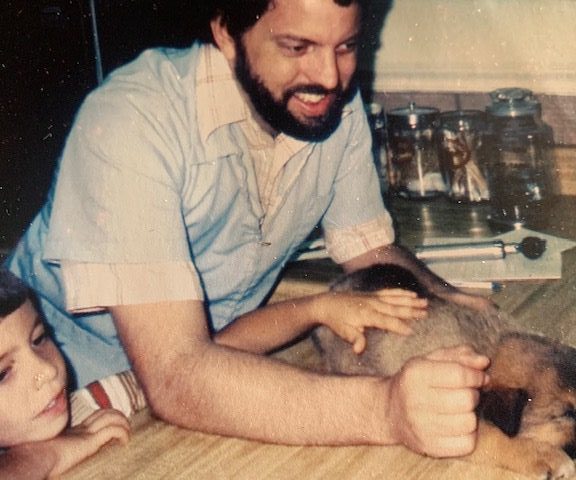 A few hours after a routine sinus surgery, Mike suffered an Ischemic stroke while recuperating at home. That type of stroke happens when a blood vessel to the brain becomes blocked. Within minutes, the veterinarian’s 35-year fulltime career came to a screeching halt and he began a fight; first to live, and then to battle back to regain full speech, the use of his legs and some mobility.

His wife, Denise, had been diagnosed with breast cancer a few months previously and was undergoing radiation and chemotherapy.

“The neurologist came to me and said Mike’s right side of the brain was devastated and the left side had irregularities,” she said.

Their daughter, Haley, was 12 at the time. They had a son, Drew. Denise said that day changed their lives and she put her cancer in the backseat.

“I was so caught up in keeping him alive I went into emergency mode the whole time,” she said. “Of course, I’d come back to the question of ‘why?’ He is such a good man. It’s devastating to watch your husband struggle.”

Brain surgery led to 30 days in the ICU and 120 days in the hospital. Then years of therapy. Both Mike and Denise fought off COVID-19 last June.

For years, clients and locals asked about Dr. Mike and how he was doing. If he was able to talk and walk? How is he recovering? The community missed Dr. Mike and he was rarely seen.

Life before the stroke

Mike was the first generation of his family who was not born in the log cabin on the family farm in Gladeville. Today he and Denise live in Gladeville, off Leeville Road. Haley is in college and Drew is in California in the music industry.

It was only logical Mike became a vet. He grew up on the farm where his father and grandfather ran a dairy. They then used it for beef cattle. Mike and his brother still run cattle today.

Following graduation from Auburn University’s veterinary school in 1978, he joined a vet practice in Austin, Texas. He came back home in 1982 and after a stint at Hermitage Animal Hospital, he opened his own practice on N. Mt. Juliet Road (Billy Goat Café now occupies that space).

In 1986, he built his animal care facility. He expanded three times before he sold the vet business to VCA in 2010 to spend more time with his family. He had been working 80-hour weeks for years. He had built the practice up to 15,000 clients, five other vets and 65 employees. At one point, it was not uncommon for him to treat 100 pets a day.

His deal was he could work there three years more to help with the transition. His clients begged him to stay.

He didn’t quite make it to finish that third year because of the stroke.

Journey back to ‘new normal’

When he woke from the brain surgery, he could barely speak, could not sit up and had no use of his left arm, and the other limbs were iffy.

“It was so frustrating, I was so scared but I had hope to get better,” Mike said. “As long as I could speak, I had to fight. I had my 12-year-old daughter, son and my wife.”

Denise said they were lucky enough to privately pay for his therapy and is taken aback when she thinks of those who can’t. Haley started a nonprofit called Healing Heads that raises money for those with brain injuries.

“After dealing with the fear and anxiety that comes with cancer, I was pretty emotionally numb when Mike had his stroke,” Denise said quietly. “It was simply a matter of survival at that point. In addition, there was so much support from our families and tons of support from his clients, friends, church family and the community in general.”

Mike said his lowest point was at first when he thought there was no hope to get better. He said his highest point was when after years of therapy he knew he could live a “semi-normal” life.

He hated therapy. He said therapists were strict.

One doctor told Denise that Mike would most likely never stand.

He can. He can walk with a cane short distances and uses a motorized chair around the house. He has no use of his left arm.  Mike’s mind is as sharp as ever and he remembers every surgical detail. Sometimes former clients call him for advice.

“One client who lives in Florida now called me at 1 a.m. and said her little Yorkie (a former patient) was having seizures,” said Mike. “She couldn’t get a vet at that time. I knew the sugar levels were low and causing the seizures and told her to give a teaspoon of white corn syrup. The seizures stopped within 30 minutes.”

Recently he talked a former client through the delivery of a goat.

He doesn’t want to go into part-time practice, though he has kept up his vet license. He also signs health certificate licenses for the FFA and 4H.

“I realize my limitations,” he said.

Checkers and Scrabble are his favorites. Chess?

Until recently he thought Chess was just too slow. But recently, he began to play.

Denise said he and a friend can play up to 13 rounds of checkers in one sitting. She plays Scrabble with her husband a couple times a day. She said he’s remarkable at it considering his vision in one eye is compromised.

Progress continues every day. Mike said he’s done with formal therapy and good with where he’s at now. Denise said Mike has never been a bad patient.

Hundreds of thousands of dogs and cats later and eight years of fight, the retired vet has found peace with a simpler life.