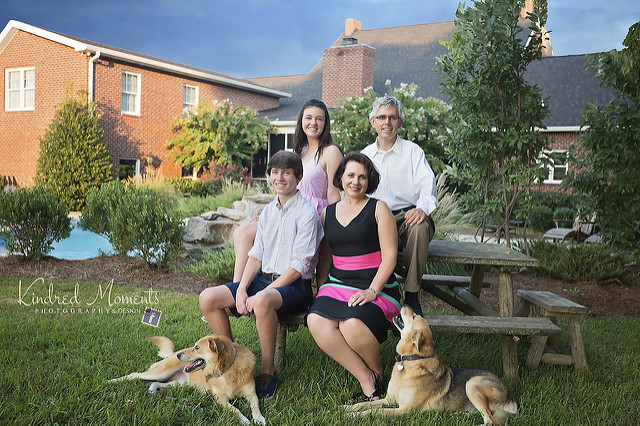 This Lebanon farm, well over a hundred years old, has been in the Crowell family since 1916

There’s a certain spot Chris Crowell can stand and overlook his Lebanon family farm. As his gaze soaks in the sloping hills, rolling pastures, woodlands and meandering streams, images in his mind turn like the pages of a well worn, yellowed antique family album. Memories of this century farm are part of Chris’s psyche. 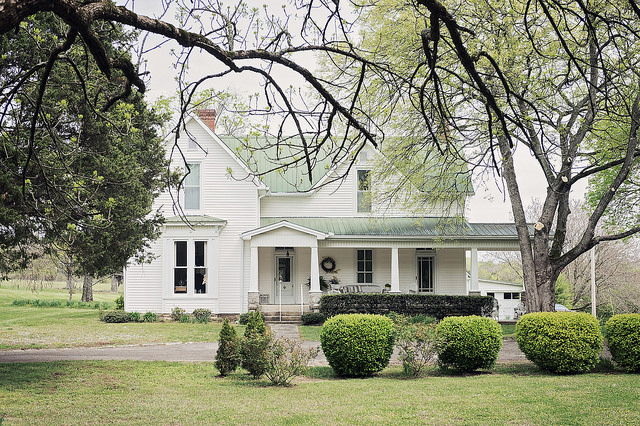 When Chris—now the third generation owner of the family farm—was growing up, this lovely parcel of land tucked along Leeville Pike was his playground, along with his sister’s and brother’s. They were 13 and 10 years older, so soon the vast, magical place was his alone to explore and conquer. He built dams in the creek, gathered stones, and climbed trees.

“I would build what now I know were very crude tree houses and forts, but back when I was a kid they were quite something!” he said with a laugh. And while his tree house marvels are no longer suspended in mighty trees, and his dams washed away decades ago, they were most likely replaced by his children Maggie and Ethan, who also grew up on this piece of heritage.

There’s been plenty of work on this farm over the past century. Sawing down the trees to erect the first buildings, the cycle of planting and harvesting, chopping firewood to keep the house warm, and endless chores—and now the boarding of horses, raising chickens, tractor hayrides, gardening, as well as general farm maintenance. 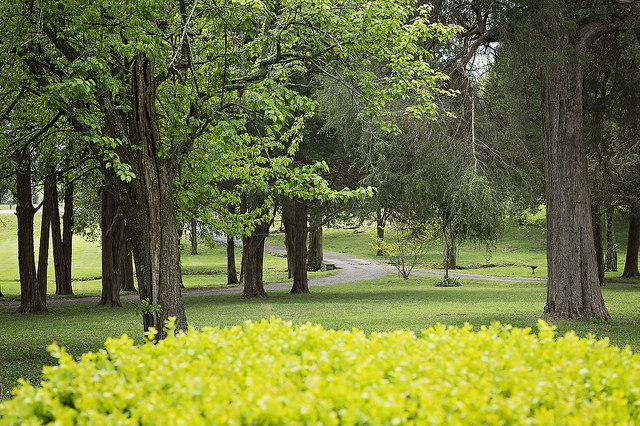 Over the past hundred years, many things on the farm have changed, but many things have stayed the same. There is still one family whose heartstrings hold on to their heritage and love their land with a fierceness that ensures it will stay in the family for perhaps another century.

Land as a wedding gift

By day Chris and his wife Amanda are in their business suits, conquering the corporate world. They fell in love and married in 1991 and made their home in Lebanon in 1993.  Chris is Vice President at Liberty State Bank and former Lebanon/Wilson County Chamber of Commerce Chairman of the Board. Amanda is an attorney and partner with McBrien, Kane and Crowell. They have two children, both of whom loved growing up on their dad’s family farm. Maggie is 19, and Ethan is 15. Maggie, who was Valedictorian of her high school graduating class, just finished her first year at Washington & Lee University in Virginia. Ethan will be a sophomore next school year at Lebanon High School. 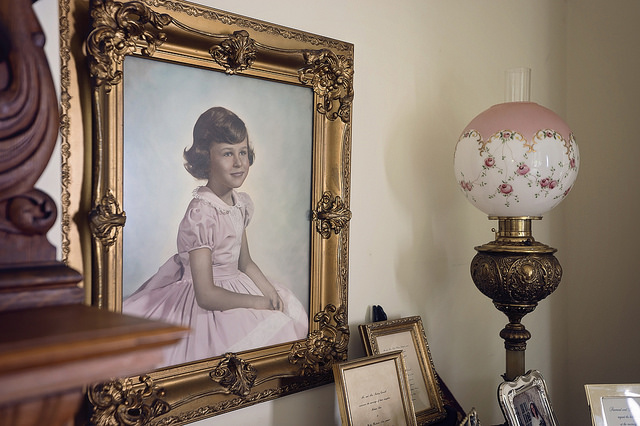 It’s rare indeed that a wedding gift manages to last a hundred years. The few that survive a hundred years are so rare and special they are handled with great care and pride. Chris’s family farm was originally a wedding gift to his grandparents, Terry (T.H.) and Frances Eatherly in 1916 from Terry’s father, Timothy Eatherly, Chris said.  Timothy Eatherly owned the house that is now the home of Ligon and Bobo Funeral Home on West Main Street in Lebanon.  He and his mother-in-law had raised his three children there after the death of his wife at the age of 28 of typhoid fever.

“The gift was 250 acres of land and a modest home,” he said. “The original home on the farm was built in the 1880s and was added on to, to make it a two story structure with a porch.”

Chris’s mom, Terrijean, along with her three sisters, grew up in the house. Chris and his parents and siblings also lived there.

That original home was remodeled in the 1970’s, and my mother still lives there,” he noted.  “She’s 85 years old.” The land has been a “working” farm of various degrees through the decades. 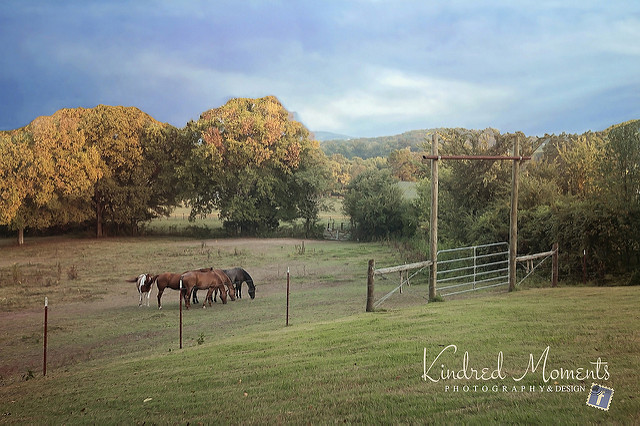 “Some years it was more active than others,” Chris noted. “There has been cattle farming, hog farming and sheep farming. Tobacco and wheat have been produced here. There have been share croppers, and tenant farmers, as well, who worked the land.” Terry Eatherly was a gentleman farmer who not only farmed, but was a part owner of the arcade on the Lebanon Square as well as a trustee on the Board of Directors for Middle Tennessee Electric when it first came into existence.  He was instrumental in convincing his neighbors to agree to have electricity in their homes and bringing electric power to the area.

When Chris’ grandparents passed in 1966, the land was put up at auction. Chris’ parents, Terrijean and the late Gentry Crowell, bought the house and 50 acres. Today, Chris and Amanda own 26 original acres, and his mother still owns the original home.

Living in the present, relishing the past

In 2005, Chris and Amanda built a home on the property. 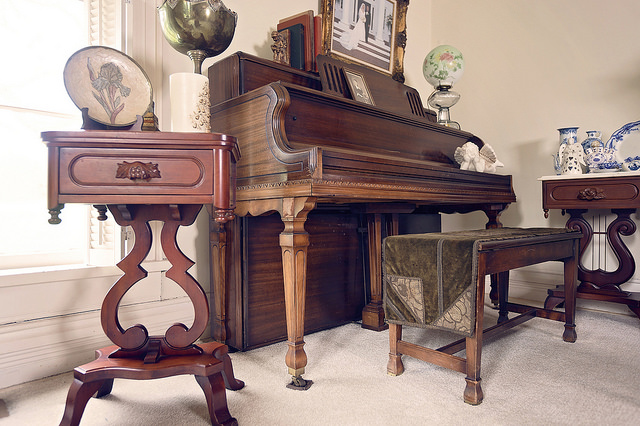 “It’s a Georgian style colonial, and has influences of both of us,” Chris noted. A short walk down the hill is the original homestead where his mom lives. He visits daily and it gives him peace to know his mother’s golden years are spent in the very home she grew up and flourished in. Sometimes it hits Chris in the gut when he drives the roads around his farm. There are hundreds of homes surrounding his little piece of paradise.

And while he knows he can’t live in a bubble, when he turns into his driveway he is transported back to simpler times, and he vows no matter how many offers he has on his place, he will hold onto it with a vice-grip.

“We carry on tried and true traditions still,” he said. “We will still gather hulled walnuts, still play in the creek and hike the woods.” For years the family bundled up on a stark and cold winter day to scout out the perfect cedar Christmas tree hidden in the woods.

“Amanda has a deep love for the family farm,” Chris said. “She realizes the significance of our children growing up with a heritage. They love it. It’s a common bond. We don’t have a large family and it’s so important to hold true.

Amanda said she feels “blessed” to have been able to raise their children on a farm that means so much to Chris and his family, and which contains so much history.

“Maggie and Ethan have been able to play on the same land where their great grandfather, Terry Eatherly, planted a garden and raised cattle,” she said. “They have been able to walk down the hill and visit the home where their grandmother was born and married and where their father was raised. A sense of place has been very important to us as a family, and we are glad to continue the tradition of living on and preserving this peaceful space in Wilson County we call home.”

Chris holds on to the hope the farm will stay in the family for generation. Their son, still at home, has expressed an interest in the farm. Their daughter loves it there, and is immersed in college studies.

“It’s sort of spoken and unspoken,” Chris said quietly. “We want to keep it going. It’s one-fifth the size it originally was, but it’s still going and is still the heartbeat of the family.”

The perils of raising chickens 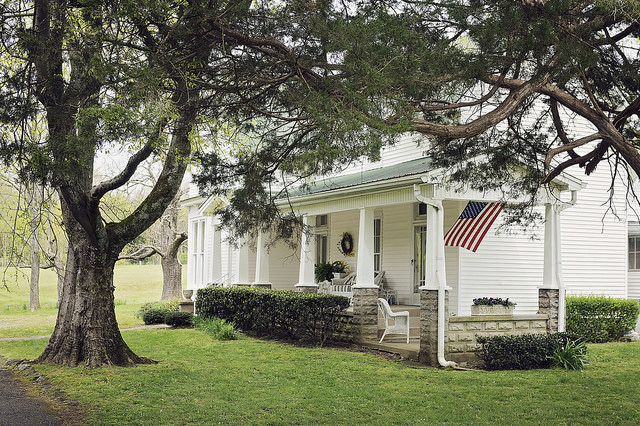 There are six horses on the farm, one of which the Crowells own. They also have about 25 chickens. Chris couldn’t stop chuckling when he relayed an incident that happened when Ethan was in fifth grade.

“We bought 25 one-day-old chicks at Easter as part of a program,” he remembered. “Ethan was in the 4-H Club. We had to pick our best five chickens and sell them at a live auction to raise money for the club. When they got around to our chickens Ethan looked at me and pleaded, ‘Dad, please buy them!’”

That tore at his heartstrings.

“I started bidding on our own, bidding against everyone!” he said. “I ended up paying $125, when I could have just paid the nominal fee and not entered any.” But he was certainly a hero that day.

That’s just one tale of thousands about living on the farm. Today, Chris relishes the solitude, memories and peacefulness of the acreage he’s managed to preserve in the midst of explosive growth all around.

“There absolutely is no substitute,” he said. “They are not making land anymore. This piece of land will survive.”