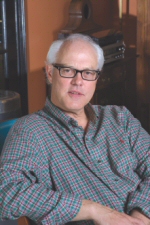 When Curt Gibbs bought The Mill at Lebanon (the former Lebanon Woolens Mills property) in 2005, he knew continuing the restoration and re-development of the large historic site was not a short-term project. He has a lifetime of experience rescuing old things, and restoring them to their former glory.

Curt grew up in a factory town in upstate New York, north of Syracuse. He could see the Nestle chocolate factory, where his father worked, from their home. He respected the hard work and innovation developed by employees at the factories. Active in Boy Scouts, and later swimming, Gibbs fell in love with “all things old” the day his father brought home a Ford Model-T when he was in the sixth grade. Curt and his dad, Curtis A. Gibbs, Sr., spent years working on old cars together. Curt started buying old cars, bikes, and motorcycles and about anything he could tinker with and fix. It’s a way of life that continues today.

“I gained an appreciation for the art and craftsmanship, the way things were made in the old days,” said Gibbs. Although he says he’s not an artist, his self-designed Mill logo and artistry of design shown throughout his historic projects says otherwise.

After high school, Curt graduated from (General Motors) GMI Engineering and Management Institute, becoming an engineer and employee of General Motors. He first designed production systems at GM’s Syracuse plant, and then later worked in Detroit. After graduating from college, he wanted to buy his own place.

It was only natural that he would look for a classic “fixer-upper.” Curt borrowed the down payment from his grandmother, bought and restored a 1929 lakefront summer home built for the president of the Haberling Congress Beer Company. Then when he moved to Detroit, he looked for his next restoration project.

“I fell in love with the beautiful old homes in Detroit”, said Curt

“Many of the homes were built during the early glory days of Detroit when it was the powerhouse of the nation’s economy. I bought a Colonial House built in 1914 from the team physician for the Detroit Tigers baseball team. The only reason I could afford it was because it was in such bad repair. I worked for GM during the day, and spent my nights and weekends working on the house. It was a complete interior and exterior restoration project,” he said. During the 1980’s, Gibbs tackled several more historic home restoration projects in Michigan, including returning a 1939 two-family home to its “original Art Deco splendor”.

We should note that Curt’s wife, Lynda, has been by his side throughout his years of historic restoration projects. Married since 1976, Gibbs smiled and quipped, “She’s a very understanding woman.”

In 1989, Curt was offered the opportunity to move to Tennessee, and oversee the launch and logistics of the new Saturn plant in Spring Hill. He later served as Assembly Plant Manager and Director of e-Commerce for Saturn. He and Lynda moved to downtown Franklin, TN, where they once again bought and beautifully restored a historic home. Still their home today, with sons Curtis and Nathaniel, the 1914 Craftsman style bungalow was nominated for a Historic Preservation Award in 1990. It was the former home of Sarah Cannon’s sister.